As Friday draws near, the Left seems to be stricken with hysteria over who will and will not be at President-elect Donald Trump’s inaugural festivities. Particularly in the hot seat are black people.

Now, the Left is getting apoplectic over any black people who even speak to Trump.  (A panelist on CNN famously called them “mediocre negroes” for doing so.)

The constant drumbeat of “conform to liberalism or pay the price” was most recently shown by Snoop Dogg, who made a YouTube video of himself saying EXACTLY what he planned on doing to any black person who dares to perform at the inauguration. 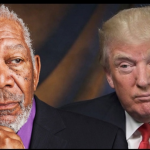 January 18, 2017
8 celebs who SUPPORT Trump, even if they aren't Republicans
Next Post 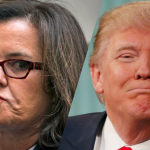 January 18, 2017 Rosie O'Donnell wants to impose martial law to prevent Trump's inauguration
Recent Comments
0 | Leave a Comment
"Hi there, sluggerz.For the purpose of what I talk about re: racism, it's to do ..."
penpusher Snoop Dogg threatens to “roast the ..."
"Can you give your thoughts on slavery worldwide? After all, slavery didn't start in the ..."
sluggerz Snoop Dogg threatens to “roast the ..."
"Hi there Bob Wehadababyitsaboy.The problem we must negotiate, when attempting to have some semblance of ..."
penpusher Haircare ad featuring white girls angers ..."
"Are you some kind of idiot? You think that EVERYBODY doesn't deal with shit like ..."
Bob Wehadababyitsaboy Haircare ad featuring white girls angers ..."
Browse Our Archives
Related posts from Stacey Dash