An actress almost no one has heard of, Lola Kirke of Amazon’s Mozart in the Jungle (see what I mean?), came to the Golden Globes dressed in a beautiful pink gown adorned with colorful stitched flowers and one tiny accessory with a strong political message that took a zoom lens even to see. It was aimed at House Speaker Paul Ryan and what it said was not very nice.

That’s about as subtle as her career, right?

Kirke’s feelings for the speaker are a result of Congress’s plan to defund Planned Parenthood.

“I think that, along with a number of other decisions that are being talked about being made by the new administration, is atrocious,” the actress said in a recent interview with Elle. “As a person with a platform, no matter what size it is, I think it’s important to share your views and maybe elevate people that might agree with you, that maybe won’t feel like they can have the same voice. My body my choice, your body your choice.”

Kirke’s body was definitely her choice that night. In the name of feminism, she appeared with plenty of armpit hair to help accentuate her feelings toward Paul Ryan.

Of course, The Huffington Post was most impressed by this “standout moment.” Writer Cavan Sieczkowski wrote, “Lola Kirke has no time for critics of her body choices. Now, get over it. Bye, haters.”

Kirke also posted on Instagram that she was trolled with death threats for her “body choices:”

“Thanks to all you beautiful people who didn’t send me death threats on account of my #awesome #hairyarmpits! You rule.”

Ok! Now I’m really ready. Thanks to all you beautiful people who didn’t send me death threats on account of my #awesome #hairyarmpits! You rule. And thank you @susanwinget for always making me feel cool and @reginaharris for my make up, @blakeerik for my hair and @andrewgn for my kickass dress!

Even before the Golden Globes, Kirke was showing off her Paul Ryan pins on her Instagram page:

Wouldn’t be a #wmagazineitgirlluncheon without a #fuckpaulryan pin! Or a #scab on your chin. Thank you @susanwinget and @the_l.a._hooligan for supplying! And @stacey_sher for the pic.

But if you want to know the true depths of depravity progressive feminists go to elicit a reaction, click CONTINUE. Kirke reached a new low with this one: 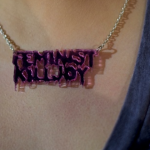 January 13, 2017
Feminists are making “pussy hats” to protest Donald Trump because why wouldn’t they?
Next Post 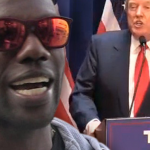