If you think this utility marking on a sidewalk is a swastika, you might be Sarah Silverman

If you think this utility marking on a sidewalk is a swastika, you might be Sarah Silverman February 14, 2017 Stacey Dash

Walking to get coffee saw these all over a sidewalk in the town I'm in. Is this an attempt at swastikas? Do neo nazis not have google? pic.twitter.com/A4ses1G3ru

Oh, boy! This one will have you laughing one second and scratching your head the next.

Comedian Sarah Silverman emerged from her liberal bubble to get herself some coffee the other day when she noticed a couple of “swastikas” scrawled onto the sidewalk in flourescent orange spray paint — you know, the kind of paint normally favored by utility workers, but not necessarily Nazis.

Well, she was unnerved by what she saw and snapped a picture of it and posted to Twitter:

Walking to get coffee saw these all over a sidewalk in the town I’m in. Is this an attempt at swastikas? Do neo nazis not have google?

Well, if they do, it doesn’t work if THAT’s how they interpreted a swastika. The better question might be, do YOU have Google, Sarah, because I bet you could’ve found out what that orange paint meant had you bothered to look.

The typical, and much deserved, Twitter mocking quickly followed with some wondering if this was a joke and others who couldn’t stop posting pics of “Nazi” utility workers spreading more hate on the job:

.@SarahKSilverman Check it out. I even spotted a couple of Nazis in broad daylight testing some sort of abortion prevention laser device pic.twitter.com/UNWng11R4L

.@SarahKSilverman Here's another Nazi I spotted attempting to raise an iron cross. Notice it looks just like a T for Trump? pic.twitter.com/uN2qoPuEb4

This prompted Silverman to defend herself and let everyone know she wasn’t joking at all:

It's a construction marker. Innocent mistake for a Jew that gets "burn in an oven!" at least weekly on twitter. Still pretty close though.. pic.twitter.com/8Gsuy3QkuE

Hey, look! Her Google DOES work. I wonder how long it took her to find a matching color? Too late, now. Let the mocking continue.

But this isn’t the first time a raging liberal completely overreacted after seeing something “strange” — and completely harmless — on the ground.

Click CONTINUE to find out the many dangers right at our feet:

This is a screenshot of a picture taken by Huffington Post writer Ryan Reilly who actually mistook these soft orange ear plugs for rubber riot bullets used by police while reporting in Ferguson, Missouri in 2014. Talk about misplaced hysteria! This one still has me laughing: 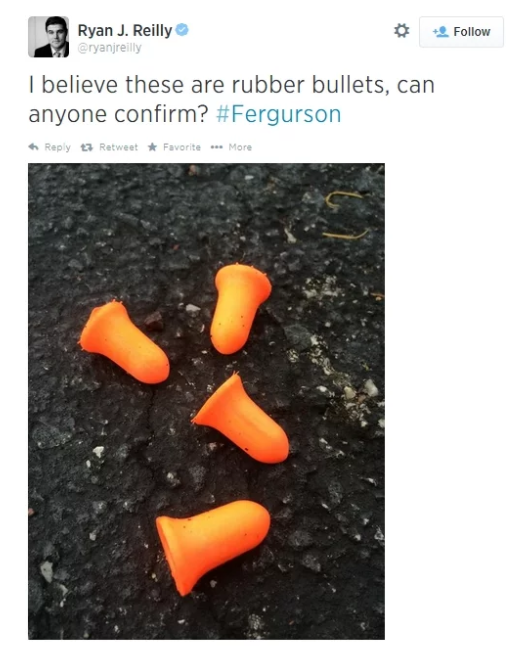 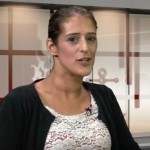 February 13, 2017
Feminist gets fired for constantly insulting men, but wait till you hear about her other job
Next Post 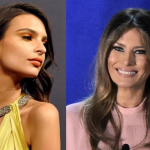 February 14, 2017 After criticizing Melania, the NYT learns the hard way: supermodels stick together
Recent Comments
0 | Leave a Comment
"Hi there, sluggerz.For the purpose of what I talk about re: racism, it's to do ..."
penpusher Snoop Dogg threatens to “roast the ..."
"Can you give your thoughts on slavery worldwide? After all, slavery didn't start in the ..."
sluggerz Snoop Dogg threatens to “roast the ..."
"Hi there Bob Wehadababyitsaboy.The problem we must negotiate, when attempting to have some semblance of ..."
penpusher Haircare ad featuring white girls angers ..."
"Are you some kind of idiot? You think that EVERYBODY doesn't deal with shit like ..."
Bob Wehadababyitsaboy Haircare ad featuring white girls angers ..."
Browse Our Archives
get the latest from
Politics Red
Sign up for our newsletter
POPULAR AT PATHEOS Politics Red
1