Sanctuary cities are endangering the lives of Americans and it must be stopped. Now.

To further highlight the need to get dangerous criminals who are here illegally out of our country, just listen to what 31-year-old Tommy Vladim Alvarado-Ventura has done to others. He’s an admitted gang member, has committed DWIs, multiple assaults, drugs charges, and worst of all, sexually assaulted a toddler and stabbed its mother and another woman on the same night.

Here’s a rundown of the crimes Alvarado-Ventura has committed while living in Long Island, via TruthRevolt:

Alvarado-Ventura apparently was home Monday night with the 2-year-old daughter and 4-year-old son of an acquaintance, as well as another tenant who was watching the children while their mother was at work.

Alvarado-Ventura left that residence at 12:30 a.m. Tuesday, before heading to El Mariachi Loco bar, where he allegedly got into an unprovoked fight around 2:20 a.m. with a 24-year-old female he did not know.

-he woman apparently tried to leave the bar, but Alvarado-Ventura began punching and kicking her in the parking lot before stabbing her multiple times and slicing the inside of her mouth. He then fled and the victim was rushed to the hospital with a collapsed lung.

Alvarado-Ventura returned to the home at 4:15 a.m., when he and the aforementioned acquaintance argued after the woman noticed severe injuries on her 2-year-old. Police say he then punched the victim and stabbed her. Still, she managed to take her children to another area of the apartment and call police from a neighbor’s place after Alvarado-Ventura fell asleep. The police then took him into custody.

At a local hospital it was determined the child had been sexually assaulted and beaten around the head and face. Her injuries were so severe that she required surgery.

Thankfully, Nassau County is not a sanctuary city, so, this criminal should be punished to the fullest extent of the law. However, this is a common scenario that is happening in Democrat-controlled cities who provide sanctuary for criminals like Alvarado-Ventura.

Rachael Yong Yow, spokeswoman for the New York Field Office of Immigration and Customs Enforcement (ICE) said in a statement that Alvarado-Ventura has been deported four separate times: in 2006, 2009, 2010, and 2011. Alvarado-Ventura, an El Salvadorian national, was first arrested in Texas by Border Patrol agents in 2005 for entering the United States without inspection and was released on his own recognizance by an immigration judge there, according to ICE. He was deported in September 2006 after being arrested in New York City by ICE agents in June 2006.

Alvarado-Ventura’s three other subsequent deportations were spurred by local arrests and criminal charges, including felonies, in Nassau County. According to Krumpter, his prior arrests are for offenses including DWI, disorderly conduct, assault, false impersonation and contempt of court.

ICE enforcement officials will take Alvarado-Ventura into custody after all of his local charges have been adjudicated and after he serves time for his crimes if he is found guilty. ICE also plans to seek prosecution for felony reentry charges.

A spokesperson for the Nassau County District Attorney’s Office said he is scheduled to appear in court again on March 27th.

This is why we need a wall along the southern border, otherwise deporting becomes useless.

Additionally, think of the prosecution and incarceration cost taxpayers could have saved if we had a sealed border. It would have been less likely that he would have even been in the US to commit this crime. Deportation PLUS a wall saves misery of victimization and criminal justice costs.

How many more have to be hurt, injured, or killed before the sympathy for these people runs out?

Click CONTINUE to see a Fox News report on this case: 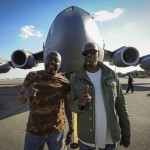 April 13, 2017
Liberals freak out over Dave Chappelle's new show, misunderstanding the role of comedy
Next Post 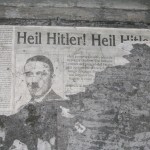 April 17, 2017 The media chastising Sean Spicer for Hitler comparison, but they’ve done it, too
Recent Comments
0 | Leave a Comment
"Hi there, sluggerz.For the purpose of what I talk about re: racism, it's to do ..."
penpusher Snoop Dogg threatens to “roast the ..."
"Can you give your thoughts on slavery worldwide? After all, slavery didn't start in the ..."
sluggerz Snoop Dogg threatens to “roast the ..."
"Hi there Bob Wehadababyitsaboy.The problem we must negotiate, when attempting to have some semblance of ..."
penpusher Haircare ad featuring white girls angers ..."
"Are you some kind of idiot? You think that EVERYBODY doesn't deal with shit like ..."
Bob Wehadababyitsaboy Haircare ad featuring white girls angers ..."
Browse Our Archives
get the latest from
Politics Red
Sign up for our newsletter
POPULAR AT PATHEOS Politics Red
1