The Tree of Life has been Found! (Darwin’s Stolen Notebooks)

When you think about it, it really wasn’t all that long ago that Darwin introduced the world to the “theory” of evolution. 1859 to be precise. This is the year The Origin of Species was printed outlining Darwin’s thoughts on evolution by natural selection.

Before this highly flammable book was published, humanity had no scientific evidence to go on as to how humans came to exist. All we had were bizarre religious conjectures.

—To which there were many. Wikipedia has compiled a list of roughly 100 creation myths originating from cultures all over the world.

Did you hear the creation myth about the excrement of ants?

Among my favorite creation myths is the one about the God Mbombo who vomited the earth into existence.

Humm . . . some ancient and modern tribes are known to produce intoxicating beverages through the fermentation of spit. Might this indicate how the God Mbombo was invented? By a wacked out drunken Shaman?

Another of my favorite creation myths is the one formulated by the s_ _t of ants.

“Nearly all peoples have developed their own creation myth, and the Genesis story is just the one that happened to have adopted by one particular tribe of Middle Eastern herders. It has no more special status than the belief of a particular West African tribe that the world was created from the excrement of ants.” Richard Dawkins

I’m thinking the medicine man who concocted the ant theory was also drunk at the time!

Rest assured, dear reader, that Darwin’s “theory” of evolution is far more provable than these two creation myths, as well as the one that talks about the tree of life.

Granted, Darwin’s “theory” wasn’t spot on from the get-go, but it was in sync with how science works.

Firstly, one comes up with a theory.

Secondly, one tries his darnedest to prove his theory correct.

Thirdly, through intense testing, research, sharp scrutiny, and peer reviews a given theory is deemed to be reasonably indisputable.

Fourthly, over many years—sometimes decades—a theory is proved to be correct beyond the shadow of doubt. Now an established fact, it can then be used as a foundational stone upon which a better understanding of the universe can be built.

Darwin’s initial suspicions that humans evolved like other species eventually proved to be less than perfect. For many decades even after Darwin outlined his “theory,” people thought humans evolved in a linear line beginning with a single primate to the Homo sapiens we are today.

These days, evidence indicates that there were many humanoid species roaming the plains and forests of the past, but only the “fittest” among these species survived until today. Which is the humanoid you see when you look in the mirror.

BTW, unlike the bizarre creation myths invented by drunken Shamans or distant cave dwellers, evolution is no longer a theory. It’s a proven fact.

About Scott Stahlecker
Before launching the Stand-up Humanist, Scott Stahlecker was the columnist for Thinkadelics here on Patheos. A former minister for the Seventh Day Adventists, he parted ways with religion in 1990. His books include the novel Blind Guides, Picking Wings Off Butterflies, and How to Escape Religion Guilt Free. When away from his keyboard, he’s apt to be playing music, spending time with family and friends, or waiting for the next shoe to drop. You can read more about the author here.
Previous Post

April 1, 2022
Magic and the Expressions of a Child
Next Post 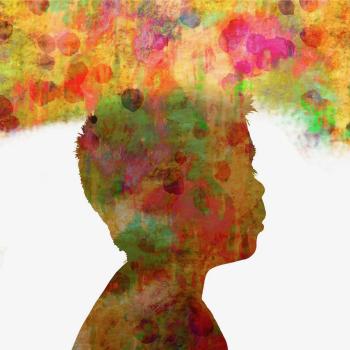 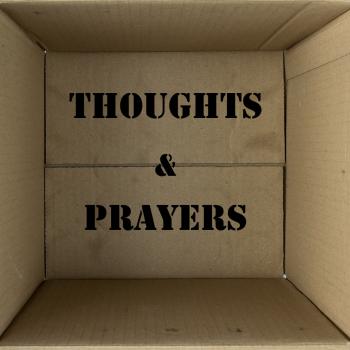 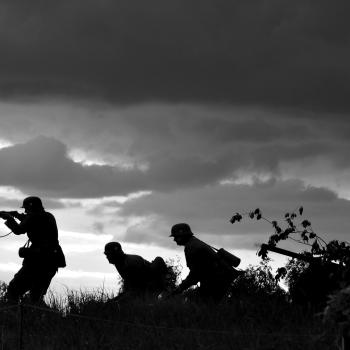 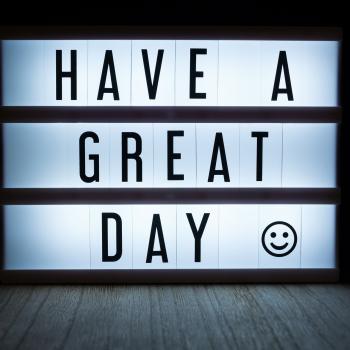