A Noise Annoys An Oyster: A Critical Review of Rod Dreher’s Review of Sam Rocha’s Review of The Benedict Option

A Noise Annoys An Oyster: A Critical Review of Rod Dreher’s Review of Sam Rocha’s Review of The Benedict Option April 4, 2017 Mary Pezzulo 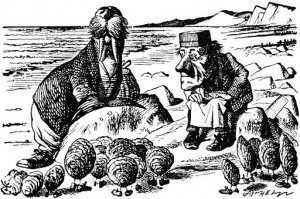 I have never in my life seen a review of a book review.

I imagine that, if one’s book is reviewed, the proper etiquette is to smile pleasantly at the free publicity, take any criticism on the chin, and collect the royalty check. I think this would particularly be the case if one was reviewed in such a balanced and just way as Sam Rocha reviewed Rod Dreher’s The Benedict Option. Sam clearly didn’t like the book, but reviewed it in the most understanding and thoughtful way he could, pulling his punches like a gentleman.

In literature, as in life, outrage is a potent yet treacherous drug. A passionate fit of outrage can fuel some excellent writing. But too much outrage, or outrage channeled in the wrong way, dulls the intellect and produces a sticky, sputtering tantrum that one reads not for its literary value but out of horror, the same way one stops to stare at a train wreck. Outrage can be thought of as an equivocator of writing, the way drink is stated to be an equivocator of lechery in Shakespeare’s Macbeth: “It makes him, and it mars him; it sets him on, and it takes him off; it persuades him, and disheartens him; makes him stand to and not stand to; in conclusion, equivocates him in a sleep, and, giving him the lie, leaves him.”

In this critic’s opinion, Rod Dreher’s outrage gave him the lie in his review of Rocha’s book review, an angry rant he calls “Sam Rocha: The Critic As A Failed Oyster.“  “Failed Oyster,” he explains, is an image out of Truman Capote. For a man so horrified by modernism, Dreher fairly peppers his piece with references to modern writers, not to mention sitcom references and grammatically shocking contemporary cliches.

Dreher is not a man of clear and articulate prose. He is one of those writers who attempts to sound intelligent by producing long, stringy sentences. There’s an artistry to the overly verbose sentence, but I just don’t find that artistry in this piece. Here is a typical example:

I had never heard of Rocha before this piece, but he seems to think he hath pronounced magisterially about the book, as if he were Edmund Wilson declaiming from the promontory of Partisan Review instead of an earnest and photogenic young assistant professor with a blog, a passion for warbling daiquiri-bar folk songs, and a forthcoming volume of essays he describes as “composed during the Obama presidency.”

Dreher is not a Dickens or a Mark Twain, with a natural mastery of the overly complicated sentence. Reading his compositions is like chewing under-cooked beans.  Also, he’s simply wrong about Doctor Rocha. I’ve been to one of his concerts. Doctor Rocha is a dynamo with an engaging and energetic style of performance, and his music is neither warbling nor folk. I’d far rather review one of Rocha’s concerts than this fish wrap.

Dreher seems unsure of the correct way to address a professor of Philosophy. He keeps calling Rocha “Prof. Dr. Rocha” or “Prof. Dr. Costanza,” as if he’s not sure which honorific is correct.  I had to look up who Costanza was to understand the nickname since, unlike the writer of The Benedict Option, I don’t pay attention to notoriously vulgar sitcoms and wasn’t familiar with the character. This is no reflection on Seinfeld.

Dreher also tends to mottle and mar his writing with occasional bursts of sloppy colloquialism in among the overly complicated sentences. He exclaims “Um, really?” and “Go home, lad, you’re drunk.” This is a writing technique which can be hilarious if done properly, but once again, Rod Dreher has been given the lie by his outrage. It reads like a bar fight between Lewis Carroll’s Dodo and the Cash Me Outside girl.

Toward the end, Dreher accuses Sam of “Spiteful bitching,” begins a paragraph with “Like I said,” and wishes Sam a happy Festivus. This from a man who has written on Dante.

Or maybe I’ll just ignore this silliness altogether, but what fun would that be? 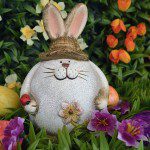 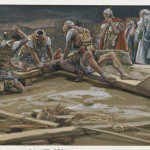 April 5, 2017 The Eleventh Station: Jesus is Nailed to the Cross
Recent Comments
0 | Leave a Comment
Browse Our Archives
get the latest from
Steel Magnificat
Sign up for our newsletter
POPULAR AT PATHEOS Catholic
1