The Places You Meet Jesus 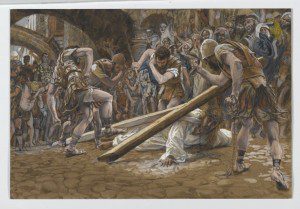 Rosie and I went to the Friendship Room with our widow’s mite.

There had been a sale on soup, so Michael picked up a few extra cans of soup; I noticed a sale on hot chocolate, and bought a box of that. We took them downtown on the bus to help comfort the guests.

Somewhere along the trip, I gave Rose my usual lecture. “The two places you meet Jesus are in the poor and in the Holy Eucharist. You have to honor Him in both of those places. Helping people who need it is one of the most important things you can do.” Rose gave a bored “yes” because she’s heard it a thousand times. It’s one of the only things I’m certain of, so it’s something I want to drive home. You can’t have Him in one place and not the other. He’ll be there, but you won’t see.

This is a brutal time of year to live or work outside. Steubenville’s weather hovers cloyingly close to freezing from the last week of November until the end of December when it nose-dives. For these few weeks it’s humid, rainy and dark during the day and rainier with high winds at night, just cold enough to make getting wet torture but not often cold enough for the puddles to freeze or the air to dry out. The Friendship Room is open around the clock most days, sheltering, feeding, tending to colds and flus, offering warm showers and hot drinks.

When I got there, the foyer was crammed with coats. Generous people had left winter coats for the poor; they were piled up in a warm, comforting mound I was afraid Rosie would jump on and cause an avalanche. Claustrophobically close to the coats was the Christmas tree, all trimmed with ribbons. The Friendship Room has held a fundraiser, lately, where children can meet with a volunteer dressed as Santa and get their picture taken in front of the tree, for a donation.

Near the tree was a sofa, where a guest was resting; behind him was the bird cage. Rosie admired the finches while I waited for the volunteer to hand back my empty cloth shopping bag.

The Friendship Room offers hospitality and help to anyone who comes to them. They shelter homeless people who are down on their luck as well as people who have apartments but lack the income to keep the utilities turned on. They also help poor people like us in the community who have safe places to live but lack money for emergencies– they found us desperately needed furniture last year which we never could have afforded otherwise. They welcome people with mental health struggles from the local group home, battered women, prostitutes and people who struggle with addiction– including people who are literally slaves, women kidnapped and trafficked to pimps when they were teenagers. And they have saved people. They have managed to get some of the most desperate, suffering people off the streets, into housing and into rehab.  They also run a safe house for abused women at an undisclosed location, and this has saved lives.

I admired the warmth of the place, as I always do, while I waited to get my bag back. It’s not just the physical warmth– the building was quite toasty, but that wasn’t all. The emotional warmth from the volunteers was the most cheering thing. Two of them were at the table in the next room, not only feeding the guests but sitting and chatting with them– real friends to the poor instead of aloof benefactors. And they were equally friendly to me. After they unpacked my bag, they thanked me enthusiastically as if I myself was Santa Claus with a sack of wonderful gifts, instead of  a friend with a few cans of soup.

I guess that’s how they’re able to do such good work in such a depressed community. They genuinely do love people there.

After our visit, I took Rose across the street to the adoration chapel, in the gloriously ornate church that used to have signs on the door warning parishioners to call the police on panhandlers. I and made her do a reverence and sit beside me while I petitioned the Lord for several minutes. After that, we ran around the Nutcracker Village and admired the little Fort Steuben museum. Then there was a downpour,  and we ran to the bus station.

The bus had only two passengers and an overwhelming smell. I didn’t know what it was, only that it was disgusting. It reminded me of rubber and paint. One passenger, a plump middle-aged lady, was sitting on a bench, looking nervous; the other, a skinny woman, was standing limply at the front even though there were so many empty seats. She asked the bus driver several quick times in succession if they were going to Market Street, and the bus driver kept saying yes.

I don’t like that driver. She’s timely and polite to her passengers, so I prefer her to Betsy and  Old Scratch. But she says the most awful things. She is the one who approved of the hospital running out of Narcan and said it was “population control.” She also once declared that drug addicts who get pregnant ought to be forcibly sterilized after the first baby. She says things like this in  friendly, conversational way as if she’s saying “It looks like nice weather.” It terrifies me.

The limp, skinny woman got off the bus on Market Street. About ten people got on, and we started uphill to LaBelle.

“That woman was huffin’ stuff,” said the nervous lady. 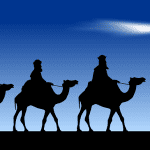 December 4, 2017
The Fourth Joy of Mary: The Adoration of the Magi
Next Post 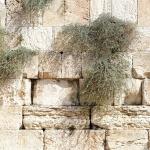 December 7, 2017 The Third Sorrow of Mary: The Loss of the Child Jesus in the Temple
Recent Comments
0 | Leave a Comment
"From a pro-life ChristianSCOTUS has been dominated by GOP appointees since 1970. Every Dem appointee ..."
BensNewLogin Five Years of Troublemaking: A Retrospective
"Comment in moderation, Mary."
BensNewLogin Five Years of Troublemaking: A Retrospective
"I’ve been saying it for years. The pro life party as a con game. And ..."
BensNewLogin Five Years of Troublemaking: A Retrospective
"Ugly Americanism is alive and well unfortunately—-why is it so?"
RPlavo . As We Wake From A Nightmare ..."
Browse Our Archives
get the latest from
Steel Magnificat
Sign up for our newsletter
POPULAR AT PATHEOS Catholic
1