The Seventh Joy of Mary: The Assumption and Crowning 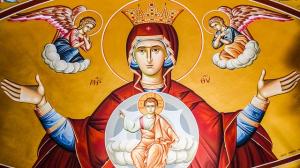 Who is she that comes forth as the daybreak?

Who is this queen, most beautiful among women, whose brightness eclipses the sun?

Who is this brilliant star raised to a higher place than the Heavenly Host?

Is this Miriam? Is this the poor young girl from the occupied land, less than nothing in the eyes of the world? Is this the servant from the temple who became pregnant? Is this the homeless woman, the exhausted and traumatized mother, the despised refugee? Is this the widow who stood beneath the cross? Is this the woman, nearly mad with grief, who left her Son in tomb?

Is this the woman no one ever gave a second look?

Who is she that comes forth as the daybreak?

Yes, this is Miriam, the impossibility, the Woman who Encompassed the Man, the Virgin who conceived child, the Mother whose womb was more spacious than the Heavens. This is the queen upon whose fiat rested the salvation of the whole human race. This is one who believed in God’s promise. This is one whom God obeyed. This is the perfect disciple who never left the teacher’s side. This is the woman who willingly became the mother of the whole human race. She suffered all the agony of Christ and her faith did not waver. Now her Son raises her from the dead, and gives her a place above the angels.

Not a single angel in Paradise is more worthy than she– she, the perfect vessel, the spotless tabernacle, the new Ark of the Covenant never to be lost. She is the morning that will not be overtaken by night. For no word from God will ever fail.

All wreaths of empire meet upon the brow of Christ; every knee shall bend and every tongue confess Him King. Christ has given the queenship to His mother, and she is Queen of Heaven and earth.

Who is she that comes forth as the daybreak, fair as the moon, bright as the sun, terrible as an army set in battle array?

It is Miriam, thanks be to God!

The Sixth Joy    The Sixth Sorrow 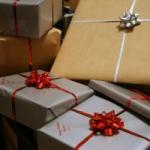