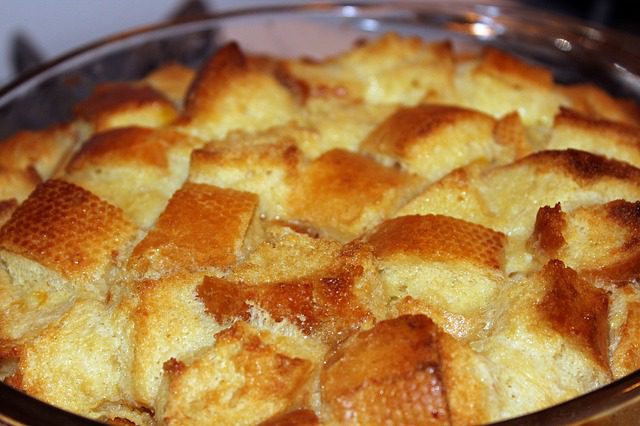 There is no water in downtown Steubenville, and there’s an ice storm rolling in.

This morning, people just a mile away from me awoke to nothing at all coming out of the pipes. The reservoirs are being repaired as quickly as possible, but there’s nothing now and there won’t be for several days or a week. People with boilers don’t have heat in their homes downtown. The timing could not be worse.

The Friendship Room  is staying open 24 hours a day all weekend, sheltering people and distributing bottled water, though they themselves don’t have working pipes either. I encourage my local readers to bring them as much bottled water as they can, and maybe the rest of you can have them rushed a case from Amazon. The address is in that link.

As for me, I’ve been sick since Christmas. I haven’t been to Liturgy, to run errands or even for a walk since then. Today is the first day I’m feeling better. I was determined to have an adventure, one way or another.

I decided to walk to the grocery store and take the bus back right before the winter storm was predicted to start. A winter walk sounded just the thing to get the blood pumping, when I’ve been lying on the sofa for sixteen days. Besides, it had been downright warm in the morning. We had our windows and doors opened to air the musty house at noon.

It wasn’t warm when I set out., in my big coat but without my hat, gloves or boots. The heat of the day was rapidly blowing away on a sharp wind; it was already raining. I didn’t let that deter me.

I enjoy walking in inclement weather, on cloudy days with the wind blowing. It makes me feel like I’m in a Victorian novel. Still, this was a bit much. It felt romantic enough when I started through LaBelle, but by the time I got to Union Cemetery the rain was driving hard. My hair was soaked and ominously stiff; my glasses were too foggy to see. I always stop to pray by my favorite beech tree in that grave yard, but this afternoon I did’t dare to stop any longer than it took to pray “O Heavenly King.” I didn’t stop more than a minute to admire the swollen creek running under the Old Stone Bridge.

The store was packed, more crowded than it had been at Christmas. Elderly people from the downtown high rise shuffled slowly through the aisles, their carts full of water bottles. Mothers rushed  gaggles of tired, parka-clad children through the store on their way home from school. Shelves were picked clean of food. There’d been a run on the bottled water, of course, as well as on the bakery and dairy. Everyone wants to make bread pudding and French toast during an ice storm. The bacon and sausage were all gone from the meat section along with all the discount Manager’s Special beef, quite a bit of cereal and nearly all the frozen waffles. There was hardly any fruit in stock except for out of season strawberries. I’d like to sample some of the breakfasts that are going to be had around town tomorrow. I don’t know whose idea it was that snow days should always be celebrated with elaborate brunch, but I approve.

My gluten intolerance worked in my favor, for once. The health food section was still stocked with tapioca bread and gluten-free sugar cookies. Nobody had been desperate enough to take those. I grabbed some, plus a box of tea. Then I pushed the cart twice up and down every aisle. This had a triple purpose. It dried my hair so I could go out to the bus stop without getting a chill. It thawed my frozen tapioca bread, so I could have some when I got home. And, it gave me the opportunity to people watch.

I listened to tired children whining and nervous elderly people fretting. I watched store managers rush back and forth with palettes of food. I saw a cheerful old gentleman in a worn coat park his shopping cart in front of the egg section and laugh.

“Looks like I ain’t gonna have a boiled egg for breakfast!” he said with genuine mirth.

The first two shelves of the egg section, where the medium and large white eggs usually were, were completely empty. The only eggs left were deep brown free range and organic eggs on the top shelf.

“No French toast for us,” I remarked.

The man pushed his cart away, still laughing. “I ain’t gonna buy those. Ain’t got no money for those.”

“You’d have to do something fancy with them.”

“Gonna have somethin’ else for breakfast,” said the man. “I can’t afford no golden eggs.”

I will never be able to look at organic brown eggs without calling them “golden eggs” again.

Out on the curb, we chatted as we waited for the bus. He hadn’t been able to take a shower this morning. The library up near Wal Mart had already closed early ahead of the ice storm. Downtown businesses were shut down. The whole town was preparing to come to a standstill. We both hoped the rain would not freeze before we were home. We both wished we could get away to West Virginia and not have to deal with Steubenville buses again.

The bus was warm and smelled uncomfortably of crowds of people suddenly robbed of the ability to shower. I wasn’t ready for the ice, but the ice started pelting the bus all of a sudden when I was about a block from my stop– I couldn’t see where we were, not with the fog on the passenger windows. The bus driver knows me and stopped automatically at my corner.

I ran back home as it pelted me– wet ice soaking my hair all over again, puddles studded with cloudy white beads of ice soaking my pant legs and shoes. By the time I got home, I was freezing and as badly soaked as I’d been when I arrived at the store.

I may not be able to afford golden eggs, but I know how to have an adventure. 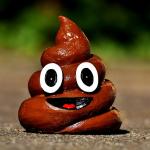 January 12, 2018
Trump, Arroyo and the S-Word: What Should Really Offend Catholics?
Next Post