You Can’t Be Both Pro-Life and Alt Right

You Can’t Be Both Pro-Life and Alt Right April 5, 2018 Mary Pezzulo 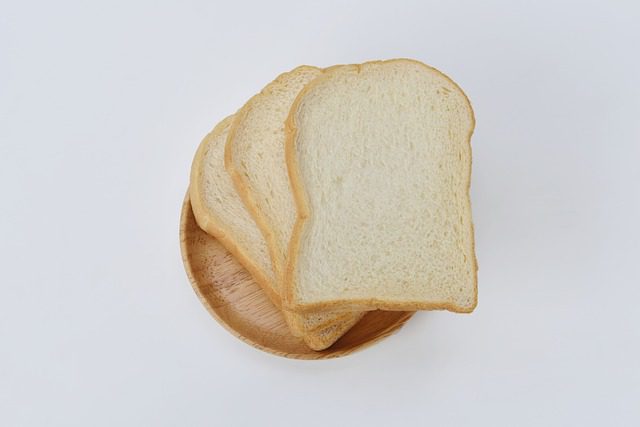 As far as I can tell, this all started when my friend Destiny Hernon De La Rosa, the founder and president of the pro-life group “New Wave Feminists,” denounced the racism of her former colleague Kristen Hatten. Kristen no longer occupies any position at New Wave Feminists but is apparently still a figure in the pro-life movement, which she absolutely should not be– because in the past year she has become a racist and a supporter of the alt right. And I’m not just name-calling here; Kristen has publicly called herself that, and has made many other horrendous public statements: 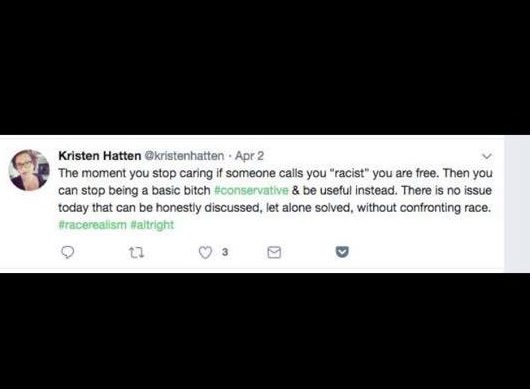 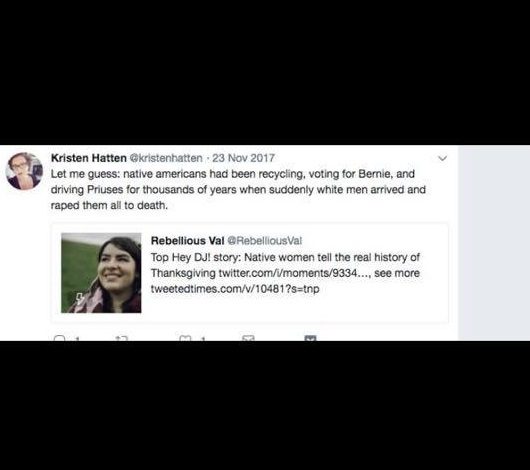 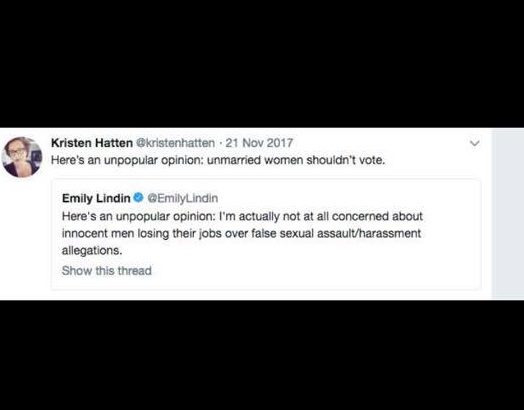 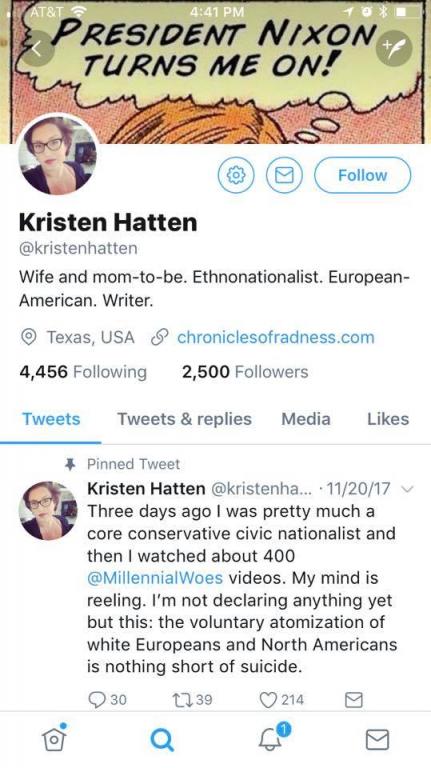 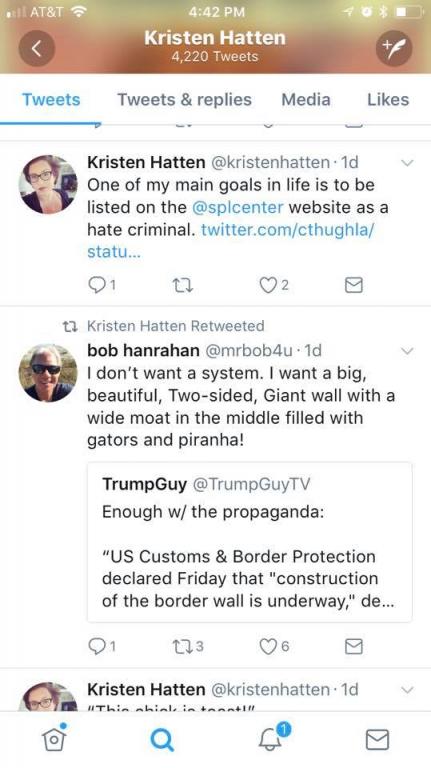 I feel dirty just reading those posts, and I hope you do too. That’s how you should feel after reading filth like that: dirty, and angry.

Now, it seems to me that the only good thing a person can do when their supposedly pro-life colleague is spewing filth like that in public is to publicly denounce them, and Destiny did. She also stressed that she didn’t want anyone to troll Kristen’s page or harass her; she was only stating that Kristen did not work for New Wave Feminist anymore and that New Wave Feminist was against ethno-nationalism.  Then, the famous pro-life advocate Abby Johnson got on the thread– to DEFEND KRISTEN. 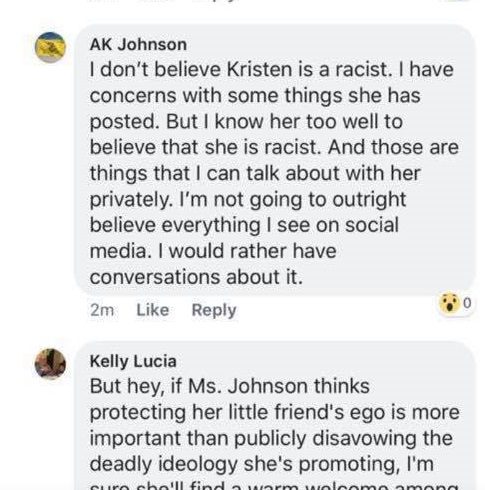 The thread went on from there; it got so ugly with people defending Kristen that Destiny had to make it private.

I can’t imagine a universe where I have to say things like this; I think that they should be obvious to all thinking people. But for the record: Kristen Hatten is a racist, and racism is wrong. That’s not me being a hippie dippie socialist, that’s me being a Catholic Christian. Racism is wrong, it’s immoral, it’s illogical, it’s foolish and it’s a sin. It’s a sin just as much as abortion is a sin. You know the contempt you feel, justly, when people claim they are devout Catholics while also being pro-abortion? You’re every bit as bad if you claim to be a devout Catholic while having anything to do with ethno-nationalism and the alt right. I don’t know if Kristen is Catholic. I know that Abby Johnson is. She’s a very public Catholic and a voice for the pro-life movement, and for her to defend a self-avowed racist is extremely scandalous.

The Catechism of the Catholic Church clearly states:

Every form of social or cultural discrimination in fundamental personal rights on the grounds of sex, race, color, social conditions, language, or religion must be curbed and eradicated as incompatible with God’s design.

It is deeply scandalous that anyone in the pro-life movement has anything to do with ethno-nationalism the alt right. This is a worse scandal than Frank Pavone and his thirty-year-old desecrated corpse. Being against abortion does not and cannot excuse every public scandal.

The pro-life movement is long overdue for an examination of conscience. Everyone who is faithful to a consistent life ethic must denounce this garbage, as Destiny did, and call out people who won’t take a stand against it. It is both anti-life and anti-Christian, and it’s one of the reasons that the pro-life movement has such a hypocritical reputation.

For the sake of every good we stand for, we must distance ourselves from this evil.

4/19/2018 edit: Abby Johnson has issued an apology on her public facebook page. It reads in part:

I did make a comment giving a friend the benefit of the doubt instead of actually looking into what was said and how hurtful her words had been. Now that I have all the information, I know that I need to make an apology to anyone who has lost trust in me because of that comment. I am deeply sorry. It is never my intention to dismiss the concerns of others and I want everyone to know that this page is a safe place for people of color and anyone else who feels marginalized in our society.

My eyes have been opened to current views in our society that I had honestly hoped no longer existed. I have come to believe that the Alt-Right position generally equals racism. I have come to learn that ethnonationalism, when discussed in regards to American society, is code for racism. There is no room for it here in our movement. 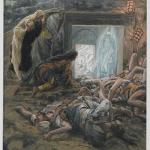 April 7, 2018 As a Deer Longs
Recent Comments
0 | Leave a Comment
Browse Our Archives
get the latest from
Steel Magnificat
Sign up for our newsletter
POPULAR AT PATHEOS Catholic
1

St. Maximos, The Will, And Universal...
A Little Bit of Nothing
Related posts from Steel Magnificat

Your Choice: The Eucharist or the Red Pill.
The Sept. 11, 2001 terrorist attacks happened in my second-to-last semester at...
view all Catholic blogs
What Are Your Thoughts?leave a comment
Copyright 2008-2020, Patheos. All rights reserved.