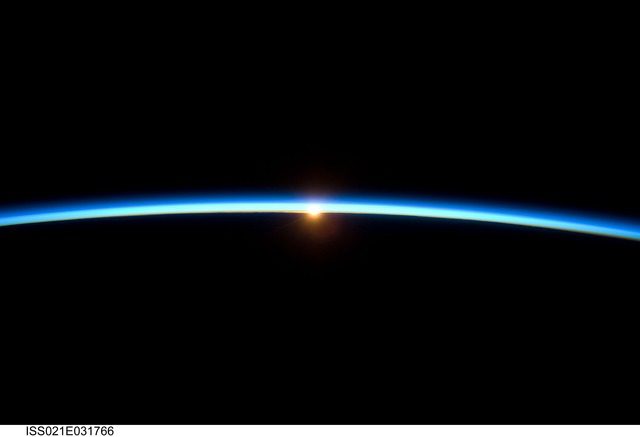 The O Antiphon for December 21st:

O Morning Star, splendour of light eternal and sun of righteousness: Come and enlighten those who dwell in darkness and the shadow of death.

Thy people by Thine advent here!

Disperse the gloomy clouds of night,

The Lord God, Wisdom, Adonai, the Root of Jesse, the Key of David: He is the Dayspring, the Morning Star, the Sun of Justice.

In the beginning, when God created the heavens and the earth, the earth was a formless waste. Darkness was over the surface of the deep, and the Spirit of God was hovering over the waters. And God said, “Let there be light,” and there was light. God saw that the light was good, and He separated it from darkness. And there was evening, and there was morning– the first day.

God Himself had always been Light, but the visibility of light was the very first thing that existed in all of the material world.

God created the sun, the moon and the stars to contain the light days later. Visible light came first. Later there were vessels for light, spheres that dance in the sky to tell us the times and seasons, but first of all there was visible light distinct from darkness. Later there were things to see and creatures with eyes to see them, but the first miracle was that light by which anything could be seen in the first place. That light, distinct from darkness, was the first miracle, and God saw that it was good. Afterwards, water became distinct from land, Heaven from earth, fish from birds, living from nonliving. Last of all, God fashioned a human being from clay and split that being into two, in His image, male and female. God saw that all of this was very good. But the first miracle, the first created thing, the first sign that pointed back to our Creator in all of His creation, was the miracle of light.

And they found themselves without that first light.

They had the sun and moon and stars, but they did not have that miraculous light that sprang up out of nothing at the command of God.

Night fell, but morning did not follow, not as they had known it before.

We have walked in darkness ever since.

But Light is coming back into the world.

We cannot see it yet. We can scarcely believe that it is possible, but Light is almost here.

It is so hard to believe in any light at all, let alone that first light not contained by any source. Here, in midwinter, the nights are so long. This very night, the twenty-first of December, is the longest night of all– and that is just ordinary, physcial dark. The dark of our souls is deeper. Our souls cry out for that first light, the light with no source except the Lord, the pure light that existed before there was any eye to see it in the material world. We thirst for light– not lights, not sources of light, not lamps or torches or stars or the moon, but light. We thirst for that thing that is distinct from all of this darkness. We seek it, even though darkness is all we can see and all we have known. Our souls cry out for light.

Light has entered into the world in secret.

Our Lord has given Himself to us as Light. He is a Light no darkness can overcome, because He existed before that first day, before the visible light was made distinct from the dark. We lost that first light by our choice, and by the choice of one of us, true Light has come into the world. He entered into the world, not by giving a command but by sending His messenger to ask for the consent of Miriam, and He is now hiding in her womb.

The day is coming, and is almost here, when that Light will come forth from the womb of Miriam.

We will see that Light with our own eyes, and of His day there will be no end. 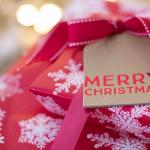 December 20, 2018
Five Things to Give Your Money to Instead of a Border Wall
Next Post 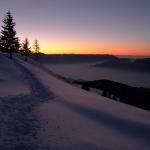 December 21, 2018 On the Darkest Night
Recent Comments
0 | Leave a Comment
Browse Our Archives
get the latest from
Steel Magnificat
Sign up for our newsletter
POPULAR AT PATHEOS Catholic
1 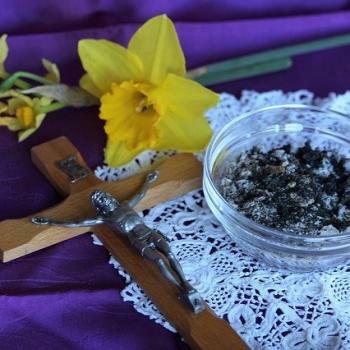