A Different Sort of Ghost Story 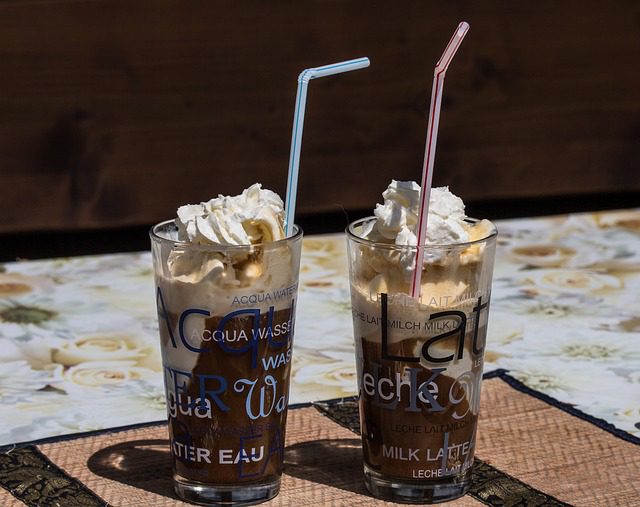 It might have been the first act in a terrible ghost story, but it wasn’t.

Michael found a cell phone, ringing on top of a snow drift, on a dark cloudy evening.

This was a few years ago, when we were far poorer than we are now and living in that nightmare apartment on the worst street in LaBelle. Michael was walking home by himself, down the middle of the deserted street because the snow plows had piled up drifts on the sidewalk, rendering it impassible. The phone was a cheap one like he had, not a smartphone, sitting right-side-up on top of one of those tall snowbanks the plows left when they came through overnight.

Not knowing what else to do, he picked it up and politely said “Hello?”

Michael offered to bring it to her door, not thinking he was doing anything heroic. He already had a cheap cell phone. He didn’t want another one with somebody else’s number, even if he’d been dishonest enough to steal it. It was pure justice and not even an inconvenience, for him.

The phone’s owner didn’t see it that way. She had been having a miserable time– lost her job, didn’t know how she’d get through as it was, and she was reeling from the discovery that she might have to figure out a way to pay for a new phone if she couldn’t find it. She was flabbergasted that Michael hadn’t just stolen the phone to pawn for quick cash. She hailed him as a hero.

This is not a kind or an honest neighborhood, nestled in the middle of a deeply unkind town in notoriously grim Northern Appalachia. The strictest justice can come to seem like mercy here. You can easily feel like someone is heroic, for giving you back your own property.

That woman saw Michael, Rosie and me walking together many times that winter, and every time she recounted how grateful she was that he hadn’t stolen her property from in front of her house. She truly believed she had been shown mercy. I guess, by the standards of Steubenville, she had been. And she was grateful for mercy.

One day in early Spring, I pushed toddler Rosie in her stroller to the grocery store. It was toward the end of the month, when we had next to nothing. Rosie was eager for bacon and I wanted ice cream, but what we were getting was a sack of rice and whatever cheap meat was on sale, to last until the EBT card reloaded on the fifth.

By coincidence, the woman with the lost phone was also going to the store; she got there at the same time we did.  Her face lit up when she saw me. She ran over and announced that she’d just gotten a good job, and was going to fill a cart for me with whatever I wanted. And she did– I got bacon, ice cream, rice, chicken and hamburger, milk and cheese, fresh vegetables and fruit. She scanned her bank card for the whole thing, and I went home feeling rich.

I had been shown mercy, and I was grateful for mercy. That mercy lasted us well over a week.

We’re a lot better off now, though we still need our EBT card and still live from month to month. Thank God that terrible apartment is far behind us, and we can afford a bus pass for every members of the family instead of pushing groceries in the stroller. I’ve committed to buying a meal for the Friendship Room’s Little Free Grocery every so often, when we can work it out of the budget: because I was shown mercy, by someone who was shown mercy, and I want to show somebody mercy. I want somebody to know what it’s like to expect meagerness and come home feeling rich because somebody else gave them a hand.

The Friendship Room has a communal fridge on the porch now, to go with their cupboard for shelf-stable food. I had enough money for an iced coffee recently, a treat I love very much, and I wanted to treat somebody else to an iced coffee– but I didn’t have a friend in town I could invite to the coffee shop. So I just bought myself a coffee, and then I went to Dollar Tree and bought a bottled coffee to leave in the communal fridge for somebody else. They were also having a sale on eggs, fifty cents a dozen, so I bought two dozen of those. On my way to the checkout I grabbed a chocolate chip cookie, and I took my offerings to the Friendship Room porch.

I didn’t even have time to close the fridge before an arm darted around me to pull the eggs back out.

“Eggs!” said a tiny woman with a spherical belly.

The man who was with her quietly protested at her taking both cartons, but she took them anyway. “We’ve got an army to feed and I’m pregnant.”

“Pregnant? Take them!” I demanded. “Scramble a dozen for yourself and feed the other half to the family. I remember how that feels.”

She laughed in agreement, and I went on my way.

As I walked away from the porch, I heard her exclaim, “MOCHA LATTE!” in the same voice you might use to say “Hallelujah!”

She’d found the coffee. I glanced back in time to see her find the cookie as well.

Wherever she goes, I hope she remember that joy, and shows somebody a small act of mercy.

I hope this chain reaction I’ve become a part of through no merit of my own will continue until the end of time.

And I say “I hope” deliberately. Because at baptism, I was given the virtues of Faith, Hope and Love, by an act of mercy through no merit of my own. By the virtue of Hope, I know that this chain reaction is part of the movement of the Holy Ghost, that most mysterious Person of the Blessed Trinity.  And I have Hope that all our good works, however halfhearted and even unintentional, are participation in the eternal Movement of mercy that is the Holy Ghost, the Love of God that preceded the material world and will outlive it.

I suppose this is a Ghost story after all, of a different sort. 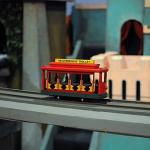 July 24, 2019
My First Reaction to the Official Trailer for "It's a Beautiful Day in the Neighborhood"
Next Post