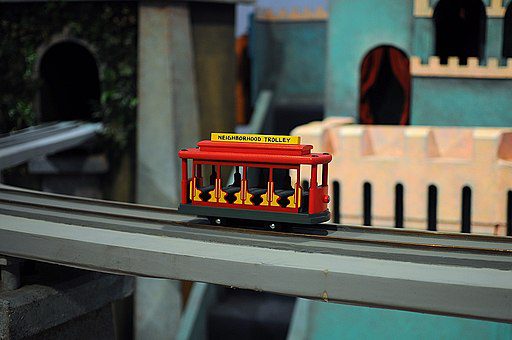 I have made no secret of the fact that I am a huge fan of Mr. Rogers. Fred McFeely Rogers was a marvelous educator, a heroic American, and, in my opinion, a saint. I am fully prepared to love a feature film all about Mr. Rogers. Or at least I was, before I saw the trailer.

In case you haven’t heard, Tom Hanks is playing the part of Mr. Rogers in A Beautiful Day in the Neighborhood,  coming to theaters this Thanksgiving. This week, Sony released the trailer, which you can watch here.

We all know you shouldn’t judge a book by its cover; I don’t know that one can adequately judge a movie by its trailer, either. But based on what I’m seeing, I’m not impressed.

First of all, Hanks is notably not doing a Mr. Rogers accent. He’s not even trying to do a Mr. Rogers accent. He’s just speaking extremely slowly, every third word with a weird Southern affectation and the other two words normal. And yes, part of the mystery of Fred Rogers’s manner of speaking was how he’d speak in what counts as neutral vanilla un-accented English for Americans most of the time,  and then every so often land on a clinker that was so weird as to give you vertigo. That’s how you speak Pittsburgh, yinz. But the devil is in the details and not a single detail of Hanks’s performance sounds like Pittsburgh or Fred Rogers.

It’s not as though we don’t have ample footage of Mr. Rogers talking. His program was on the air for thirty years. Besides watching it daily when I was little, I watched Mr. Rogers’ Neighborhood multiple hours a day for nearly seven years in the past decade, until Rosie finally outgrew it; we have an Amazon Prime membership, and they have almost all the episodes for free with the PBS Kids add-on. I still watch it myself from time to time because I find it soothing. I have spent an awful lot of time listening to that accent. I’m not an excellent mimic, but I could tell you a thing or two about the weird diphthong Mr. Rogers used when pronouncing the double “o” in “good,” “wood,” and “neighborhood.” I could identify the odd scratchiness in the vowel and ending consonant sound of “fish,” which he said at least once per episode as he pretended to pour food into his aquarium from an empty plastic cylinder. I remarked how he said “a tall” when he actually meant “at all,” and how the puppets he voiced did the same thing. Someone trained in acting ought to be able to sit down in front of Mr. Rogers for a few hours and start doing the same things. Instead, Tom Hanks has opted to speak like a halfhearted Forrest Gump.

I’m also disturbed that Hanks seems to be portraying Mr. Rogers as if he was stupid.

I could be wrong. It might just be a bad trailer. I’m watching two and a half minutes out of a feature-length movie and trying to surmise how a character is being played. But it seems as though Mr. Rogers is being characterized as a simple fellow with a heart of gold and a lot of homespun folksy wisdom.

Mr. Rogers was not stupid. He was an extremely intelligent, eccentric man who graduated magna cum laude in music composition and worked as a floor director on NBC for years before discovering his knack for puppets. Then he attended the Pittsburgh Theological Seminary and the University of Pittsburgh’s Graduate School of Child Development, where he worked with the famous child psychologist Margaret McFarland. His unique manner of speaking on television was something he developed on purpose in order to communicate complicated, sometimes scary truths effectively and gently to the youngest, most vulnerable audience. His mannerisms weren’t quirkiness but a deliberate technique. And it worked. Mr. Rogers’s Neighborhood didn’t become so popular and influential because it was the work of a sincere, eccentric rube with a heart of gold. It did so because Mr. Rogers was an eccentric man with a heart of gold, a great deal of talent and the intellect and expertise to use these gifts to educate and heal children.

But I should be counting my blessings; it’s a million times more promising than the trailer for Cats. 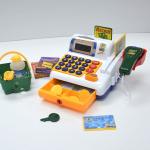 July 24, 2019
A Lesson for Lunch: What do School Lunch Debts Teach our Children?
Next Post 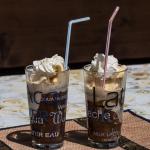