The Valley is Only a Place 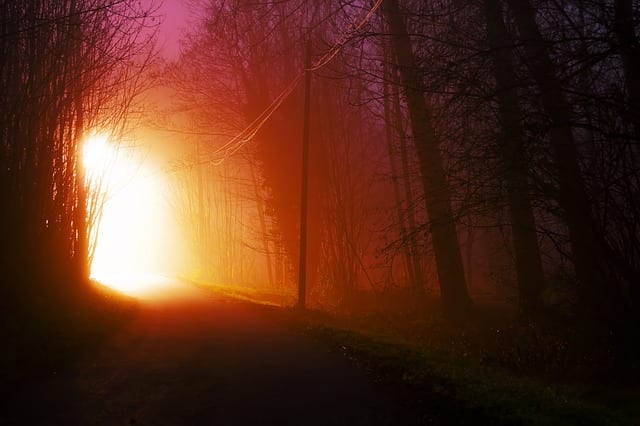 Rose’s godparents bought me a new round of driving lessons.

I’m going to learn to drive for real this time; they can buy me more, if this isn’t enough. Lord knows how I’ll ever afford a car, but first things first. I will be a licensed driver in the state of Ohio by the end of the year. There really aren’t words for how grateful I am.

My instructor is an elderly gentleman who grew up in the Ohio Valley. He remembers Steubenville when it was a boomtown. “This was the place to be. Bars. Three movies. All these shops were full and open.”

He grew up in Bridgeport. He tells me that in Bridgeport, after a snowfall, the snow only ever stayed white for one day. After that, it turned gray-black, just as every white surface turned gray-black from pollution in the air– not only from the mills but from the coal furnace in every house. Every white surface turned black. Everyone wheezed all the time, but no one knew they had asthma because they’d never breathed free before.

I’ve never been to Bridgeport, not in the thirteen years I’ve lived in the Ohio Valley. It’s just been Steubenville and occasional trips over to Weirton, sometimes a ride to Pittsburgh, twice I’ve had a day trip all the way to the shrine in Carey, once conference at Notre Dame. Once that nightmare trip to Martin’s Ferry, where Rosie was born.  I haven’t had my own transportation.

Steubenville is no longer the place to be, not for as long as I’ve been here. The color of Steubenville isn’t gray-black from coal dust, but red-brown from old rust and decay. Rust streaks the sidewalk in arcane patterns that might be the cursive of an alien alphabet. Rust is slowly reclaiming the abandoned mills. The Ohio River runs with rust.

Steubenville is geographically at the junction of the Rust Belt and Appalachia, but it isn’t really either place. It’s too small to be a city, too corrupt and nasty to feel like a small town, too eccentric to be anywhere but itself.

Today, we got to drive out of Steubenville.

Somewhere along this journey, it struck me that I could just keep going.

Not right now, but theoretically. If there were no instructor with his own brake; if the car was my own and I had enough gas. I could get out of the Ohio Valley and remember what it is to breathe free. I could drive west, back to Columbus, back to the city where I lived thirteen years ago before I came to this cantankerous limbo that isn’t really Appalachia and isn’t really the Rust Belt.  I could be in Columbus tonight. I could go to the Park of Roses, walk up the clanking metal steps to the observation tower and have a long cry of grief and relief together, and I’d never have to go back.

Or, I could go east to Pittsburgh, through that tunnel and across the bridge, see the Carnegie museum of art and play on the elevators in the Cathedral of Learning. Or I could drive down through the heart of West Virginia to Watoga State Park, check into a cabin, walk barefoot in the noisy stream known as Island Lick Run and mourn for my ancestors. Up to Lake Erie to the white cliffs of Marblehead. To Carey, to the shrine of Our Lady of Consolation, where I prayed for a boyfriend the year before I met Michael. Further on, farther away, to somewhere I’ve never been before. I could go on an adventure.

I could keep driving until I got anywhere, anywhere I wanted.

If you let animals accustomed to being caged out of their cage, they sometimes panic. I panicked just then. I missed my exit and was afraid and helpless again; we ended up driving to Folansbee to turn around. I’d never been so close to the plant in Folansbee before– it’s always been a dark, Satanic jumble on the horizon, with that little fire that burns forever and the smokestack belching poison. In front of me it looks worse– more real, less abstract, not a demon’s lair from a fantasy story but an ugly factory in an ugly region of the world where I have been trapped for thirteen years.

It is not beautiful. But it’s only a place. It isn’t an immovable boundary, the wall of my cage. It’s a place.

The Ohio Valley is only a place, with other places adjacent to it. It isn’t a cage, it isn’t a level of hell you descend to and never leave. It’s a thing that can be entered or left at will, if you have your own transportation, and I might have my own transportation soon.

I composed myself and got back on the road home, with no more mistakes.

I have more lessons next week.

I really could get out of here. 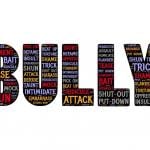 September 26, 2019
Dwight Longenecker, Greta Thunberg, and the Question of Bullying
Next Post

September 28, 2019 The Names of the Rich are Forgotten
Recent Comments
0 | Leave a Comment
Browse Our Archives
Follow Us!