To Yield a Hundredfold 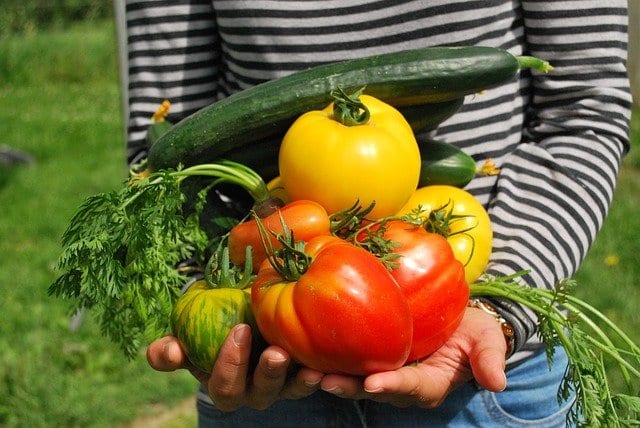 Now that I’m driving, if we can just get a car and get me used to driving on the freeway, we’ll go over to the diocese of Pittsburgh where they have parking lot Masses and indoor Masses enforcing masks and strict low numbers, which they don’t do around here. Here, the lax standards make Mass very dangerous for Michael with his asthma, and I don’t want to know what COVID-19 would do to my fibromyalgia either.

We might even be able to get to a Byzantine Catholic liturgy pretty soon, if the churches in Pennsylvania are being safe.

I miss that rite. It’s the place where I feel at home even though I was raised Latin. I miss it so much that it hurts to watch it on livestream. It makes me too homesick. So I watch and pray along with the Latin rite, most of the time, and hug my icons and feel hungry for grace. That hunger is a different sort of grace, of course.  But it’s difficult.

Yesterday evening, Michael was praying along with a livestream Byzantine Catholic Divine Liturgy in California. The priest chanted the Gospel and it was one of my favorite passages, because it’s about planting and harvesting.

“A sower went out to sow his seed; and as he sowed, some fell along the path, and was trodden under foot, and the birds of the air devoured it.  And some fell on the rock; and as it grew up, it withered away, because it had no moisture.  And some fell among thorns; and the thorns grew with it and choked it.  And some fell into good soil and grew, and yielded a hundredfold.” As he said this, he called out, “He who has ears to hear, let him hear.”

Longtime readers know I’m avid about my garden. I’ve been writing for months about my gardening adventures and misadventures. The garden is the place where I feel closest to God, whether that’s a good or a scary feeling. I blame my passion for gardening on two childhood influences. The first was my grandfather, a wonderful man with a green thumb. The second influence is another saintly man, Fred Rogers.

When I was a little girl I watched a particular Mr. Rogers story arc that enthralled me. You can watch the whole thing yourself sometime, if you’d like.  It starts with episode 6 in Season 1984. The story concerns the Neighborhood of Make Believe and a raggedy puppet called Old Goat. Old Goat looks as though he’s made from a mop with horns on it; he speaks only in bleats: “Meh-meh-meh-meh-meeeeeeh.” You can tell what he’s saying because the other characters translate for the audience: “What did you say, Old Goat? You’re bringing them to your friends in Northwood?”

The story begins when X the bright blue Owl installs a planter on the front of his knot hole and sends away for “Speedy Seeds,” which look like marbles. The magic seeds produce a crop of carrots overnight, but before he can serve Lady Aberlin and Henrietta a nice vegan supper, they are stolen by Old Goat. Old Goat then goes on to pilfer vegetables from other neighbors’ gardens before he gets caught. When they catch him, the neighbors are angry, but they also stop to ask questions. It turns out that Old Goat is only stealing food because his entire neighborhood of Northwood is in the throes of famine from having “not enough sunshine and rain.” The neighbors run to tell the king, who commands the Neighborhood of Make-Believe to engage in an “All-out effort” to plant magical seeds and grow emergency supplies for Northwood. Every square inch of space in the Neighborhood of Make-Believe is sown with Speedy Seeds. The sound stage promptly sprouts colorful cloth and plastic prop vegetables, all of which are delivered to Northwood by boat along with Speedy Seeds for them to plant for themselves. The queen even donates a record-setting strand of spaghetti several feet long to go with all the roughage. Daniel Striped Tiger tries to add to the effort by burying a small can of soup in a flower pot; when it turns out that soup doesn’t grow, he’s devastated. But Bob Dog reminds him that there are many kinds of food. Friendship is one of them, a food for the soul just as important as vegetables are for the body. So Daniel and Bob Dog walk off joyfully to Northwood by themselves, empty-handed, with no gift to bring except friendship. Friendship is a beautiful gift.

That ridiculous story was burned into my mind as a child, and I showed it to Rosie when she was in preschool as well. That’s the Gospel. I believe in that world Mr. Rogers showed me, because I believe it’s the same world that Christ showed me. It’s a world where, when you see a terrible injustice, you stop what you’re doing and help. I believe that where there is hunger that leads to desperation, the only appropriate response is to plant some food and share it. And if you can’t plant food, buy a can of soup to give away. And whether or not you can give plants or soup, give your friendship.

So I garden, and I view my garden as my place of contemplation and my living of the Gospel. Someday we’ll move, and we’ll have a nice big triple lot for an orchard and a bigger garden like my grandfather had. For now, we have a small yard, and I have a small vegetable patch. Whatever we get, we try to pass some along to the Friendship Room.

X the Owl’s planter in the Neighborhood of Make-Believe was filled with ridiculously beautiful, soft potting soil. It was black like dark chocolate. My planters also have dark chocolate potting soil, but the main vegetable patch is dirt. Steubenville soil is a mess; it’s polluted and it stinks, and I’m always digging up bricks and broken beer bottles. I’ll be glad when we can get out of here and plant on more gentle soil. But for now, I work with it. I turn the soil over and sprinkle it with organic fertilizer made of chicken bone meal and chicken manure. I pull the crab grass but I leave some of the weeds where they are, because they actually help make the soil better. I don’t use herbicides or toxic fertilizers that could make the soil even worse in the long run. Every year I change the location of the corn patch because corn is a greedy plant that gobbles all the nutrients out of the soil. I plant bush beans in every bare patch because bush beans make the soil richer. When the Autumn growing season is finally over, I’ll spread the stinky compost I’ve been working on all year on it to add more nutrients, and next year will be better than this one. If we finally get to move before Spring, I’ll pack my compost into a giant box and spread it on the new garden.

You see, it’s not enough to just sow seed. Unless you live in the Neighborhood of Make Believe and your soil is  make-believe potting mix provided by the prop department, you have to work the ground.

Michael mentioned that gospel passage he was listening to from the Byzantine Catholic Church, and he added that he’d never heard anyone talking about how important it is to work the ground. That’s why I’ve been thinking about gardens and Mr. Rogers all day.

Some people will claim that God made some souls a hard path and some souls rocks or thorns, and only a few are fertile ground; the majority of people were created on purpose to not accept the Gospel. I don’t believe that at all. I believe God desires that all of us receive the Gospel and become great saints. There has never been a human being who wasn’t supposed to be a great saint. We can all receive the Gospel and yield a hundredfold. But we have to work our soil. None of us is make-believe potting mix. We’re all gravel.

We have to work that gravel.

We have to be willing to do some digging, to look honestly at ourselves let Christ help us dig out the bricks and broken glass. We have to be willing to nourish ourselves and fill in the nutrients we lack. We have to reject the quick fixes, the spiritual herbicides that promise to kill our vices quickly and really just make us complacent. We need to yank weeds and have the humility to accept that certain things we’re told are weeds are actually beneficial. We must tolerate that nasty steaming compost heap that spoils the garden’s aesthetics, and spread the mess all over the places that need it, and tolerate the harsh winter, and believe that Spring will come. That’s the spiritual life. It’s something the Holy Spirit does to us more than something we do, but we have to yield to the Holy Spirit and that’s hard work.

This takes knowledge and study. It takes prayer and meditation. It often takes the help of a good spiritual advisor, and I know those are hard to find. It takes frequent reception of the sacraments, which I fully realize are very hard to come by at this terrible time in history. And it also takes an awful lot of waiting in dry, miserable, unproductive times while you trust that there will be a Spring someday, even though feel like you’ll never bear fruit again. I’m afraid it will also take a lot of trying and failing and making a fool of yourself, like a make believe tiger planting a can of soup in a flower pot. But I believe that the sower will bring fruit even out of our failures. There are all kinds of food, after all.

The Sower will come. I believe and profess that the Sower is coming into the world and in a different way is already here. He will drop that bright marble of the Gospel, so beautiful you think it must be make believe, into your soil, and if you’re ready for that seed it will yield a hundredfold and you will be a great saint who saves your personal neighborhood from famine. That will happen.

But we’ve got to be ready.

He who has ears to hear, let him hear.

October 18, 2020
I Cast My Ballot For President
Next Post

October 19, 2020 The True Effect of COVID and the Pro-Life Movement on Abortion
Recent Comments
0 | Leave a Comment
Browse Our Archives
get the latest from
Steel Magnificat
Sign up for our newsletter
POPULAR AT PATHEOS Catholic
1