Before You Donate that Can…

Before You Donate that Can… December 11, 2020 Mary Pezzulo 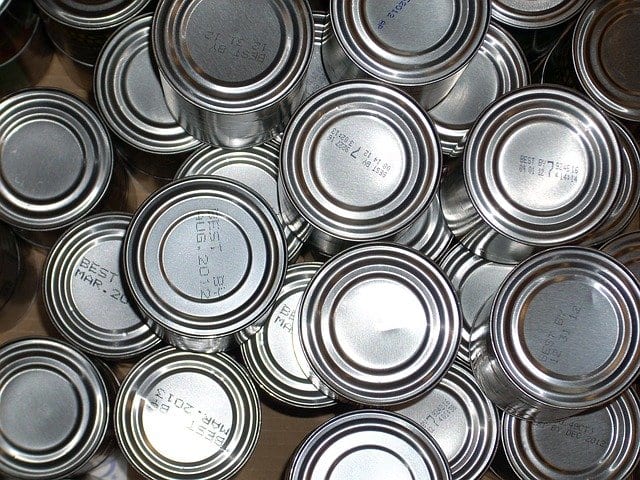 I just read an excellent article by Jennifer Vail at “Her View from Home;” the article is entitled “I Was the Angel on the Tree– This is What Our Family Really Needed.” It’s about a topic that my veteran readers know I love to harp on: people who “donate” bad food to poor people.

Vail describes being the child of the poor single mother, and the excitement she felt being gifted a turkey and a box of canned food during the Holidays. That excitement quickly turned to disappointment when she realized that the cans were dented and sometimes even un-labeled or expired, and contained random items like pie filling that she couldn’t get a meal out of.

The article goes into the indignity she felt, when she realized that the people who put the box together were using her as a garbage disposal rather than to meet her need: giving her food they were going to throw away, with no real care or respect for her dignity, and spending the least money possible to fill up the box with useless things.

This is something I say again and again on the blog because I feel it’s extremely important: Christians are supposed to love our neighbor as ourselves. Not as a leaner, scrappier version of ourselves who can make do with less. Poor people are people, not objects. An act of charity is an act of reaching out of your own self to a person who is no less dignified or worthy than you, and helping that person with the same level of care and attention that you’d like to be given if you were vulnerable and in need. It’s not randomly throwing cans into a box to make yourself feel better. It’s about the other person. We have to cultivate empathy and get used to thinking: “If I were in this person’s position, what would be most helpful for me?”

If you can’t eat garbage, then neither can they.

If you get sick at the thought of an expired can of beans from the dollar store, don’t give that slop to somebody else.

If you couldn’t figure out how to cook dinner for your family using only beets and creamed corn, don’t put a flat of beets and a flat of creamed corn in the donation box at the back of church and consider yourself generous.

Loving our neighbor as ourselves requires more thought than that. We need to acquaint ourselves with the struggles that poor people face and be creative about giving gifts that will have the most impact. For example: single moms working three jobs might not have very much time to cook. Some do and some don’t. So maybe it’s more helpful to donate a complete meal in a can like ravioli, instead of a sack of dried beans that have to be simmered on the stove all day long. Another example is that, at least in America, homeless people often have bad teeth. So if you’re donating to a charity that serves the homeless, oranges are a more useful gift than apples. In urban food deserts, junk food like candy and chips is easy to obtain at a convenience store but fresh food like salad is a treasure– but in a rural area, something else might be the case. We’re not throwing things at a problem to make it go away, we’re serving people. And we have to understand the unique struggles people face so that we can serve them effectively.

At the end of things, when we come before the throne of God, He isn’t going to be holding a clipboard with the number of objects we threw into a donation box on it. He’s going to appear as the people we encountered in life, and reveal to us how we treated Him in them.

With that in mind, think twice about giving a random can of pie filling to a poor person. Maybe you could give a few piecrusts and a can of pumpkin, a jar of pumpkin spice, a can of condensed milk and a bag of sugar instead. Or give a different meal than pie: my readers helped me to come up with a long list of complete meals that can be made just with shelf-stable pantry ingredients. Pick one meal and donate all of that. Don’t forget spice packets, seasonings and oils.

Whatever you choose to give, remember that there’s  a human being at the other end of that gift. And that human being is no less valuable in the sight of God than you are.

Now let’s get to work! 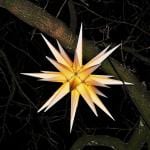 December 13, 2020 The Jericho March is a Sad Testimony to the State of American Christianity
Recent Comments
0 | Leave a Comment
"Hmmm, no.Not what the video shows. Not even close."
Sean On the Police Shooting of Ma’Khia ..."
"The girl in pink was one of the attackers. \"
WMDKitty -- A Work In Progress On the Police Shooting of Ma’Khia ..."
"But when I as a nice literate articulate white woman with two children tried to ..."
Lady Alexandra When We Fail Our Children
""how the notion of the 'undeserving poor' might be playing into all of this"Exactly! In ..."
alwayspuzzled When We Fail Our Children
Browse Our Archives
get the latest from
Steel Magnificat
Sign up for our newsletter
POPULAR AT PATHEOS Catholic
1