In response to my Progressive Evangelical post, a few folks were trying to figure out how to pin this down using categories ready to hand. A couple of those attempts boiled down to this: “Progressive evangelicalism? Sounds more like old liberalism.”

SPOILER ALERT: progressive evangelicalism and old liberalism have nothing to do with each other.

When liberalism began its ascent in the nineteenth century, it was assumed that there was a universal core to Jesus’ teaching. Jesus was supposed to be all about “the universal fatherhood of God and the universal brotherhood of man.”

On this view, Jesus came preaching a declaration of what was already true. He did not in any meaningful sense create or institute these realities. And, significantly for its German roots, it enabled all vestiges of Jesus’ Judaism to be scraped away.

I am not aware of any progressive evangelical who dissociates Jesus’ message  from the work he himself accomplished.

Jesus did not come to proclaim what was always the case, he came to enact a new reality into which we are all invited.

To pray the “our father” is to be a people who have responded to the teaching of Jesus, to take the position of disciples, to enter into the new creation reality he is making.

This is a scandalously particular story. It claims that however far you want to say the breadth of God’s reign extends, the point from which it begins is the backwaters of Judea and the ignominious death of a royal pretender.

The question of authority is a tricky one–and perhaps where people have been quick to jump to a “liberal” label. But really, things are much more complicated than “scripture gets the final word” or “we get the final word.”

For Schleiermacher, the father of theological liberalism, true religion was the feeling of absolute dependence on God. This feeling of dependence was not devoid of Christian content–recognizing Jesus as lord was critical for him. However, it detached true religion from the particular stories about Jesus that include intellectually challenging elements such as demons and healing and water-walking and miraculous feeding.

In true liberalism, the experiences of the people, both their experiences of what is possible and of connection with God, play a primary role in determining the viability of a religious claim.

This is a world apart from the position I staked out that Christ, rather than scripture, is the ultimate authority in the life of the church.

It is precisely as someone who believes that the crucified Christ is the resurrected Lord over all that I say we must recognize Jesus as the ultimate authority, and value other sources of authority only to the extent that they faithfully bear witness to him.

As a conservative evangelical, I kept coming back to scripture as my ultimate authority. But when I read the words on the pages and also saw how the NT writers used scripture, that scripture itself showed me that to confess “Jesus is Lord” is also to confess “scripture is not.” Scripture is a word spoken in the name of God and Christ, and insofar as it is read and deployed as a faithful witness to and embodiment of the story of Christ and the Kingdom over which he reigns, it is to be heeded.

Liberalism looked around at the church, then looked at the scientific and cultural achievements of its day, and chose the inherent goodness of humanity and universal story of what all nations were creating in place of the biblical story of a people needing reconciliation with God.

Progressive evangelicalism sometimes says that our culture is right and the Bible’s manifestation of its culture is wrong. But in saying this we are owning up to something that even most conservative evangelicals do in practice.

Here’s a test question: do you believe that all human beings are equal in the sight of God without regard to race, social location, or sex?

If you said “Yes” then you believe the American cultural narrative rather than the patriarchal narrative that structures most of the Old and New Testaments. If you said “Yes” then you have undermined the foundation and framework of the household codes that demand wives’ and slaves’ submission in passages such as Ephesians 5-6 and Colossians 3-4. You have taken your stand against the arguments of 1 Timothy 2 against women in leadership.

As a progressive evangelical I see this claim that “all people are created equal” to be a better corporate confession of the reality of the Jesus story than patriarchy. It better embodies the “No longer Jew nor Greek, Slave nor Free, male and female” of our baptismal identity than the notion that women are the weaker vessel, more prone to being deceived and therefore in need of a leader.

So there it is: the Jesus story wins. The Jesus story as told by Paul and enacted by Jesus himself in the Gospels. Our culture is, on a few points, better able to hear and enact crucial strands of the gospel story than were the biblical writers in the first century.

When we read all of scripture in light of what is true about Jesus we end up making some claims that the biblical writers simply were not capable of making. We make them because of our culture, yes, as all claims are and can only be made. But we make them because they better line up with those scriptures that better point us toward Jesus.

The Jesus who worked miracles.

The Jesus who, raised from the dead, sits enthroned at God’s right hand as Lord over this church of which we are a part. 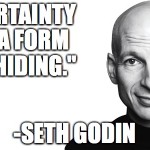