The Chaos We Created

Just when we thought that the presidential primaries were an opportunity for us to take a good long look in the mirror to ask who on earth we are that we have created such viable political candidates, Justice Anton Scalia died and turned the floodlights on.

Surely nobody was surprised that Donal Trump said that the senate should not confirm an Obama appointment to replace Scalia. “Delay. Delay. Delay,” was his advice at Saturday night’s debate.

But to hear this echoed from the Senate Majority Leader Mitch McConnell was much more disturbing. He asserted that we the people should have a voice in filling the vacancy–therefore it should not be done before a new president is elected. 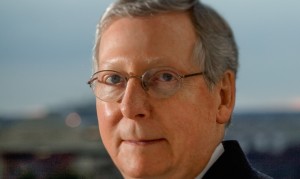 What was surprising to me (naïve fool that I am) was that people agreed. This is the right thing to do. We should wait, Constitution be damned!

Of course, such a response was met with some wondering aloud as to where the Democrats’ commitment to the Constitution was when Obama pulled his, “I’ve got a pen” maneuver to legislate from the White House.

The Politics We Serve, the Justice We Desire

Somewhere in the midst of all this, I decided that for many of us, perhaps most of us, our political philosophy is quite simple, and it aligns with our sense of justice.

For most of us, I dare say, and I include myself in this number, it comes down to this: there are some outcomes we want, and we support the people and processes that will produce those outcomes. The ends determine what means are just or unjust, fair or unfair.

We are not guided by philosophy or principles or abstract notions of justice. We are guided by particular desires that strike us as right. (And, of course, those particular desires are often handed to us in clusters by tribes whom we wish to identify with and stand over against the tribe(s) that we would not be caught dead with.)

Thinking Backwards and the Lens of the Cross 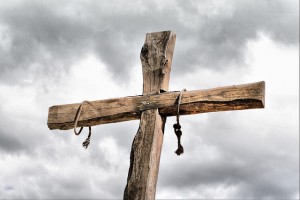 This Lent the church I attend is doing a cluster of practice around viewing life through the lens of the cross. Yesterday we were in 1 Corinthians [One Corinthians!] 1, where Paul talks about how the end of the story that God is writing transforms our vision of the story we are living in and the means by which we strive to faithfully follow.

If you’ve studied the New Testament much at all, you’ll know that the significance of eschatology (The End) cannot be overstated. It’s not just that the New Testament writers were waiting for something more, a final End and final Judgment that was going to set all things to rights. It’s that they believed the Jesus story itself to be the story of the End, its inauguration. The in-breaking of the age to come and the story of the End in the person of Jesus.

God showed us the end: the union of God with humanity.

God showed us the end: the dispossessing of every power arrayed against human flourishing.

God showed us the end: the forgiveness of our sins.

God showed us the end: the death of God’s faithful in courageous, selfless acts of self-giving love.

God showed us the end: those who did not cling to their own lives, their own agendas, their own politics, even to the point of death, raised by God to newness of life.

And with that beautiful picture of the end, the way (the only way) to get there: reconciliation between humanity and God. Reconciliation of people with each other. Aligning ourselves against the powers that squelch human flourishing. Forgiving ourselves and forgiving one another as God has forgiven us. Laying down our lives for the sake of our friends. Entrusting ourselves, our reputations, our fears, our yearnings, our hopes, our dreams, into the hands of God.

I’m not sure that a nation state can ever have a viable cruciform politics. Maybe this is a good reason for us to step back and remember that our politics will never create the righteous life that God desires.

Or perhaps the viability of such a politics eludes us because we ourselves have defined our Christianity and its aims without this lens of the cross.

You see, in the end, I don’t think it’s a bad idea to judge things by the ends we are after. Yes, this has led to cynical deployments of power across human history.

But not all paths lead to the same ends. The ends we seek are only available along certain corridors.

The power of God that invades and transforms and brings about justice that stands up to the cosmic canon is the power that reaches down to give life to the dead and call into being what does not exist.

And there’s only one path that walks between the two. It’s the path that Jesus showed us.

It’s the way of the cross. 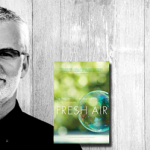 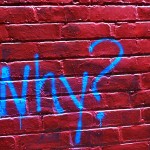