Why I Am Still a Christian

At a conference in November I had what somehow became “post-Christian day.” It consisted of a series of conversations with friends who once were committed Christians but no longer found that faith to be compelling.

None of my friends is hostile to Christianity. For the most part they find that life works just as well if not better for them without it.

But in one conversation an old friend gently probed me: what is the faith that I hold and why am I still living my life playing this particular game?

I found the questions to be tricky to navigate. So many of the reasons I might have given at different times in my life I either no longer believe or else no longer find compelling.

If not that, then… what?

I have realized that the reason I keep identifying as Christian and hanging out with Christian people is that I find the story of Jesus deeply compelling. More than that, I think that if people actually lived into this narrative in keeping with Jesus’ invitation (and Paul’s depictions as well) that the world would be a better place.

What if Christians actually said, “The hell with everything else. The only thing that matters is, at each and every moment, asking ourselves, What does it look like to lay down our lives so that our neighbors might more fully live?”

That’s the big “What if?” that I believe Jesus has called us to try on. That’s the great Christian experiment. It’s an experiment that has been lived out better in obscure corners or under oppressive thumbs than in the mainstream flourishing of western civilization.

Seven or eight years ago I was having a conversation with a non-practicing Catholic. As the conversation turned to matters religious he expressed his frustration at Christians who get all up in arms about whether someone disagrees with their theology. After all, “The whole point of religion is to make you a better person.”

But the stories we tell, and the beliefs that form the narrative universe of these stories, give us the measures by which “better person” is judged.

Some of our Christian narratives have told us that the whole point is to get forgiveness from God. So we make ourselves “better people” by talking about how badly we suck in God’s sight, and thereby do our deeds of righteousness.

Some of our Christian narratives have told us that the whole point is to believe the right things. So we make ourselves “better people” by guarding our theology and anathematizing those who disagree with “Us.”

Those Christian narratives are impoverished and bankrupt. But their bankruptcy cannot compel me to give up the better one.

More Beautiful Than We Imagine

There is a Christian narrative drawing us forward to a better world than the one we can create by simply groveling or by hurling invectives or by coming up with more and more clever things to say about the Truth of Who God Is.

That better Christian narrative is the one that seems like it could never work. Not in a million years.

It’s the one that tells us that finding ourselves in corridors of power is the surest sign that we have taken a wrong turn.

It’s the one that tells us that if we will give up our lives we will find them in ways beyond our imagining.

I still believe. I still believe the story that tells me there is a God who honors this way of life which is, in its own way, the way of death. I believe that God honors it with life for the world. I believe that in its myriad micro-culminations it creates a more beautiful world than what we would create on our own. 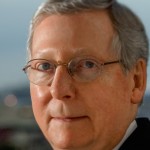 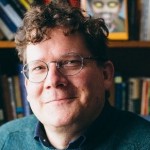 February 19, 2016 Life's Too Short to Not Read David Dark
Recent Comments
0 | Leave a Comment
"Here is Larry Hurtado's (R.I.P.) response: https://larryhurtado.wordpr...Hurtado nailed it."
Derek A Man Attested by God: Response ..."
"Quite the contrary, the Christ Myth Theory arguments of Carrier, Price and others have been ..."
Truth Why I Am Still a Christian
"Do your own research; check out Richard Carrier, Robert M. Price, David Fitzgerald, Raphael Lataster, ..."
Spartacus Maximus Why I Am Still a Christian
""Without repentance there is no forgiveness." - Luke 17:4, Acts 3:19, 1 John 1:9"
Ocelot Aardvark Who Can Forgive Sins?
Browse Our Archives
Related posts from Storied Theology