Who Can Forgive Sins?

“Who can forgive sins, but God alone?”

The scribes weren’t happy. Jesus had just exceeded his bounds. He had assumed a divine prerogative that was not his to take (Mark 2:5-7).

As Christians with a long history of affirming Jesus’ divinity, it is easy to jump to the conclusion that the disciples are wrong in their accusation because they don’t realize that the person offering forgiveness is none other than God. But let’s heed the wisdom of Treebeard: don’t be hasty. 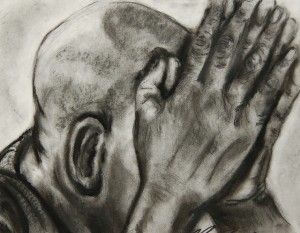 The word for “sin,” ἁμαρτία, only appears in two stories in Mark’s Gospel. The first is the appearance of John the Baptist. John appeared proclaiming baptism of repentance for forgiveness of sins. And John administered that baptism.

So, who can forgive sins but God alone?

The Trap of Exclusivity

We can fall into a trap with our reading of scripture. The trap is this: the idea that something is God’s sole prerogative can lure us into thinking that when we see Jesus performing this action, or receiving such an ascription, or being described with such an attribute that we’re getting some sort of coded message that Jesus is God.

But Jewish (and early Christian) literature doesn’t work this way.

When something is God’s exclusive purview Jewish writers ascribe such a thing to a person whom whey want to demonstrate is God’s uniquely endowed agent.

So there are lots of things that typify God in a unique manner.

Only God created the world. And, the book of Sirach has the high priest playing the role of creation in its temple ritual.

Only God rules the world. And the kings of Israel sit on God’s throne ruling the world on God’s behalf.

God will not share God’s glory with another. Except for the glory of God that shines on the face of Adam and Moses and resurrected humans.

God’s identity is captured in God’s name. Which God places on Israel and elect people.

So yes, only God can forgive sins. And that means that if someone else is claiming to forgive sins they are either encroaching on God’s exclusive realm or they are God’s specially charged agents.

In Matthew’s version of the story the final word comes from the crowds, as interpreted by the narrator, who celebrate what Jesus has done: “They glorified God who had given such authority to people” (Matthew 9:8). The authority to forgive and to heal has been bestowed “upon the earth” (Matthew 9:6).

And if this is all too suggestive and vague, we can always jump to the end of John: “Receive the Holy Spirit,” says Jesus. “If you forgive the sins of anyone, they are forgiven.”

Who can forgive sins besides God alone? Spirit-empowered agents who represent the presence of God on the earth.

We might even say that such agents carry around the divine image, or are in themselves the divine likeness. Like God in appearance, like God in the authority to rule “upon the earth” (Gen 1:26-28; Mark 2:10; Matt 9:6). 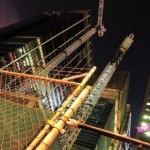 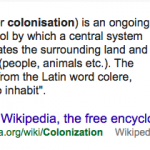 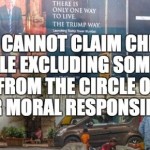