A process of control.

A system of power.

As a biblical scholar one of my deepest concerns is the colonization of biblical interpretation. It was a process that began almost immediately in the Christian church, taking on more and more pronounced power as church power itself was centralized and then ultimately adopted as an arm of the state.

Across several branches of the theological disciplines today one of the most popular weapons of colonization goes by the name of “theological interpretation of scripture.”

Let me be quick to say that I am 100% in favor of reading scripture theologically. That much will be clear to anyone who reads to the end of this post. It is possible to read theologically without colonizing.

Having said that, however, “theological interpretation” as a movement has been given its energy by interpreters who are advocating for using the “rule of faith” as a hermeneutic in the strong sense of the word.

A hermeneutic is something that guides and to a certain degree determines our interpretation. The “rule of faith” is a general statement of what “Christians have always believed,” and generally looks something like the Creedal tradition of the church.

Put this all together and it means that this movement is advocating for reading scripture and discovering there the Triune God, a preexistent and God-incarnate Christ, and if you dig deep enough, a church that we have to submit to.

All of this sounds benign enough. It’s just making sure we read the Bible in concert with what Christians everywhere have always believed.

A Colonized and Silenced Text

One of the reasons that critical biblical scholarship is so important is that it unmasks the massive deployment of social and political and ecclesiastical power that is required to make the claim that this is what Christians have always believed.

To take that list above: there is not a single New Testament writer who was a trinitarian, none of the Synoptic Gospels or Acts works with the assumption of a preexistent Christ, Paul may not have an idea of preexistence, the entire New Testament is suborindationist, in which Jesus the Messiah is subject to God who is the Father, and the notion of a church to be submitted to is spotty at best.

This does not mean that the theology of fifth-century Greco-Roman philosophers is bad or wrong. But it does mean that if you decide that the rule of faith is your hermeneutic you have decided in advance that the biblical witness must be silenced.

Deciding in advance on the rule of faith means that the gospel as expressed for the diverse communities across the first century Mediterranean is not a gospel that should inform our understanding of who Jesus was and what God was up to in sending him for us and our salvation.

Confessing the rule of faith as “what Christians everywhere have believed” is to exclude every New Testament writer and likely every first century Christian from our definition of Christian.

All of scripture, and the New Testament itself, is a collection of diverse voices. The mere act of canonizing four Gospels says that uniformity (even in theology) is not the goal of biblical interpretation.

This does not mean that we cannot articulate our own theologies, but it does mean that we never claim their ultimacy, and they should never become weapons to silence the biblical voices that articulate or suggest a different way of understanding who God is and how God is at work in the world

The problem with rule of faith hermeneutics reaches out in time in both directions. From its second- through fourth-century perch it reaches back and silences the voice of the Bible. And its long arms reach forward and silence voices today.

The rule of faith demands of readers a certain posture toward scripture: a posture contorted into whatever position is necessary to make itself the intermediary lens. But in a development that surprises no one, the philosophy of the fifth century is incomprehensible to most people trying to follow Jesus.

An amazing thing has happened over the past century. People have realized that there is not only the text, there are readers of the text. Creedal Christians are one group of readers. But there are others. And with new readers come new readings.

Unless, that is, they are silenced.

The rule of faith creates the presupposition that there is one right framework for reading, and that framework has been once for all delivered to the saints in Nicea and faithfully passed down for generations. This means that to hear the Bible read correctly is to hear it read in the voice of the Christian patriarchs who are perpetuating the patriarchy of God’s own rule. It’s a process of control where a system of power dominates and inhabits all the lands. Colonization.

The text sounds strange to us, then. And we’ve been taught by our “rule” that a strange text is a false text.

The “rule” has caused us to forget the truth: that the text is diverse. That the writers all have their own perspectives. That every New Testament author is a heretic who fails to measure up according to this particular ruler.

In too many circles historical critical biblical scholarship and contextualizing hermeneutics are treated as antithetical. This should not be the case. Because it is precisely in doing good critical biblical scholarship that we realize that every part of our scripture is testimony to the diverse theologies that have always characterized the people who were striving to faithfully honor the God of Israel.

If scripture is in any way normative, then the diversity of the theologies that comprise its tellings of the same stories (J vs. E. vs. D. vs. P in the Pentateuch; Matthew vs. Mark vs. Luke vs. John in the Gospels) demonstrates that theological diversity is, itself, normative in the church of God.

Colonization, Power, and the Gospel

The rule of faith and its enforcement rest with those who have already climbed into seats of power. And they are often quite efficient at silencing opposition. The rule of faith is itself powerful. And it can make us falsely believe that it has the power to define Christianity. This, in turn, is dangerous because when guarding the right statements of belief is what honors God, then anything we do to police such boundaries can be justified in Jesus’s name.

But that’s not how the gospel works.

The first clue that the rule of faith is off track is that it is a means of control. It is a deployment of power. It is a way to sit at the top and suppress what is rising up from below.

But that’s not our story.

If salvation is from below, then I will look for the Bible to speak the voice of God as it bubbles up from below. Not from the creeds and councils of the Emperor, but from the fields and the corners, from the classrooms and the pubs, from the playgrounds and the barrios.

In his inaugural sermon, Jesus announces that he has come to proclaim freedom to the captives.

The ministry of Jesus promises us that the post-colonial era has begun. That’s the world in which the Bible can be the word of God, whoever speaks its words, whatever their failures to measure up to the rules. 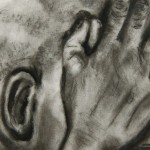 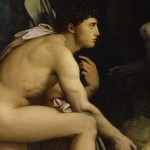