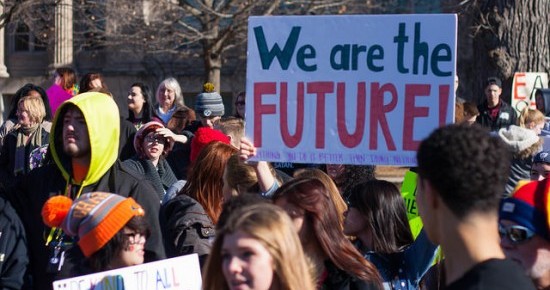 I wrote A Man Attested by God because I had an academic answer to an academic question. Given early Judaism, and how it depicts it God and its human heroes, how do we best understand the identity of Jesus in the Synoptic Gospels?

But once we’ve got the Jesus story straight there results a rich overflow of ramifications for what God is up to in the world and what it looks like for us to be part of it. As I have tried to get my head around both what it looks like to faithfully follow Jesus and what we as Christians can say that actually matters at this critical moment in our nation’s history, two of those results come to mind.

God’s Commitment to the World

In the foundational story of scripture God creates humanity and gives us a job to do. God’s purpose for people is that faithful humans would take charge of the world and rule over it.

The creation narrative of Genesis 1 depicts what kind of rule God might have in mind: it is a life-giving, power-sharing rule. God directs the creation to create (“bring forth!”). The immense, sovereign power over the creation that simply speaks it into being is delegated. The sun and moon rule the light.

And humans rule the earth.

One of the reasons that the affirmation of Jesus’s humanity is so critical is that it shows us that God has not given up on God’s intended purposes for the world. God wanted a faithful people whose rule would be so life-giving and faithful that anyone looking at humanity would see the face of God. This is what it means to be created in the image of God.

Conversely, the problem with looking at Jesus’s life on earth and resurrection enthronement as a function of his divinity is that it concedes that human power to screw up the world is stronger than God’s power to bring God’s purposes to fulfillment.

The human Jesus stands as a testimony to the fact that God’s commitment to, and power over, God’s created world is greater than our ability to screw it up. God is not preparing some Plan B: Emergency Evacuation to turn us all into Gods/angels and transport us to heaven. God is restoring Plan A, recreating humanity for a (re)new(ed) earth.

I need that today. As I watch the newly minted four-hour news cycle churn out disaster after disaster, I need to know that God’s power over and commitment to this world is greater than our human ability to screw it up.

Once you’re dialed into the fact that Jesus is doing what he’s doing in the Gospels because he’s The Man you are in a position to look at the other humans with fresh eyes. You’ll start to see that the other people do, or are called to do, everything that Jesus himself does.

You might start to notice that Jesus doesn’t feed the 5,000. He tells the disciples, “You give them something to eat.” And the story doesn’t end until the disciples give the bread and fish to the people.

You might start to notice that the preacher, teacher, and exorcist calls people to be with him and to be given authority to preach and to exorcise.

The reign of God is brought near by Spirit-empowered, Jesus-following humans faithfully proclaiming and enacting the justice and power of God.

Growing up, one of the favorite ways my forebears sometimes chided the overly pious was to say, “He’s so heavenly minded that he’s of no earthly good.” The human Jesus is too earthy to let us get away with that.

The human Jesus sends other humans to be and do what he himself was and did. This is the drawing near of the Kingdom of God. Not merely the presence of the king. Not merely the power of God’s reign. But also citizens of the kingdom who live and act its ways on the earth.

Or, “Your kingdom come, your will be done on earth.”

The Shape of the Story

If we follow Jesus, most of us are not going to end up on a ballot. The reign of God did not come from above, by an imposition. It bubbled up from below. From a series of invitations. From courageous acts of embrace. From powerful hands undoing captivity. From broken bodies being healed.

In other words, the whole life of Jesus was a protest against the life-sucking powers of the world before Jesus ever occupied the Temple and with his table-turning and sit-in. But both forms of life-giving loving protest moved the powers-that-be to a murderous rage.

We are not going to bring about the reign of God on earth through political action. That trap has ensnared more than one generation of the would-be faithful. 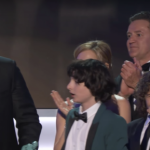 January 31, 2017
The Church's Challenge in the Age of Trump
Next Post

February 7, 2017 Healing Spiritual Wounds
Recent Comments
0 | Leave a Comment
"Here is Larry Hurtado's (R.I.P.) response: https://larryhurtado.wordpr...Hurtado nailed it."
Derek A Man Attested by God: Response ..."
"Quite the contrary, the Christ Myth Theory arguments of Carrier, Price and others have been ..."
Truth Why I Am Still a Christian
"Do your own research; check out Richard Carrier, Robert M. Price, David Fitzgerald, Raphael Lataster, ..."
Spartacus Maximus Why I Am Still a Christian
""Without repentance there is no forgiveness." - Luke 17:4, Acts 3:19, 1 John 1:9"
Ocelot Aardvark Who Can Forgive Sins?
Browse Our Archives
Related posts from Storied Theology