The Gift of Bad Candidates

In a little over five months Americans will go to the polls to elect either Donald Trump or Hillary Clinton to be our next president. And it seems that nobody is very happy about it.

A CBS/New York Times poll conducted back in March indicated that both presumptive nominees had negative net favorability ratings. In other words: more people viewed each candidate unfavorably than favorably. These are the lowest numbers since, in 1992, Bill Clinton rolled in with a -17% favorability rating.

This is a historic moment for us. In some ways it likely reflects our increasingly polarized climate, in which very few of us can view someone favorably who is not in our tribe. It also likely reflects ways that both parties are out of touch with reality.

But in the midst of “Hold your nose and vote for Hillary” vs. “Anyone But Clinton,” and “Not Trump” fashion swag vs. “Well, we have to vote for a Republican,” I see a golden opportunity for followers of Jesus.

Christians have been given a gift this election cycle, though it might feel like a punishment. The gift is this: for the vast majority of us, there is no political messiah to vote for who is promising to create the society we are dreaming of.

Eight years ago there was electric excitement for Barack Obama. After what in retrospect was clearly seven years of manufactured excuses to go to war and in the midst of a looming economic collapse, I confess to buying more than a little of the “Hope” Obama was selling.

But it is a dangerous thing to put our hopes in people.

More to the point: it is a  blasphemous thing to put our hopes in politics and the power processes of the political economy of the world. 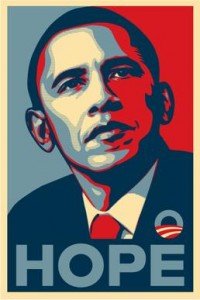 Christians in democratic societies, and in the U.S. in particular it seems, face an acute danger not experienced by peoples in other times and places. With our ability to participate in the political process we can make the same mistake as monarchs of a previous era. We can begin to think that we and our labors and our wielding of the instruments of power are the means by which God’s kingdom will come and God’s will will be done on earth as it is in heaven.

And this is exactly the mistake that Jesus in the Gospels has to correct time and time again.

We are being shown not that Jesus is the ultimate system manipulator, able to get his own people into the corridors of power where once his enemies were, but that the Jesus label will never stick to this particular package of goods.

When we think that the hand of the Lord is upon our candidate we rewrite the great story of James and John who come asking to sit at Jesus’ right and left hand in glory. We imagine that Jesus says yes.

When we fix our hope on a political candidate we forget that the Kingdom of God is not like that. God’s kingdom comes in surprising eruptions from below, not in powerful machinations from above.

God’s kingdom comes in the seed that bears fruit a hundred fold–you can’t see the harvest in the seed.

God’s kingdom comes in the one loaf that stretches out to feed a thousand (with leftovers)–it’s the incursion of grace that makes the impossible possible.

God’s kingdom comes in the cross that opens the door to resurrection glory–it’s not the corridors of power that lead to the throne.

While we’re finding ourselves reminded of the Kingdom and of how its God works, I’m wondering if this isn’t a good time, also, to be reminded of our neighbors.

The failure of both parties to produce exciting candidates is due, at least in part, to both parties being completely out of touch with real humans.

On the side of the aisle where I tend to sit, Democrats have become the condescending, ensconced, culturally elite, with little connection to working class families.

Both parties have become simply the destroyer of the other in the name of what’s good for America.

For many of us, this might be the most important takeaway from this election. Rather than attempting to love our neighbor by agitating for policy that we think is for our neighbor’s good, we need to get out from behind our computers and meet our neighbors and find out who they actually are and what they actually need.

Yes, I’m in favor of policies that are just and that conduce to the greater thriving of a greater number of people.

But for many of us railing against Trump’s immigration policy is a placebo for the real medicine of finding out how we can receive a Syrian family into our own town or (gasp!) home.

For many of us creating laws to protect what we’ve always known and been comfortable with protects us from what is the real danger: that a friendship with a gay or transgender person might change us.

We are not electing a messiah who will make our society the place of liberty and justice for all that we all hope and dream of. So let’s try something else. Let’s try knowing our actual neighbors so that we can better figure out what it means to love them as ourselves.

There’s one more opportunity here. And it’s golden. I hope we won’t squander the moment.

Let’s be honest for a second and acknowledge that when it comes to the tribes we run in American Christianity is basically American politics carried out under the banner of Jesus.

So here’s the opportunity: since our political process has failed to give most of us anyone worth fighting for, anyone worth dying for, maybe we take a respite from fighting with each other in Jesus’ name and have a season of peace and unity.

Maybe, with the political fires cooled and the dawning realization that we will elect no messiah we can get about the business of loving one another as Christ as loved us.

Of course, that will mean abandoning much more than our hopes in a political process. It will mean believing a new narrative, at least for a time, that the person with whom I disagree is not my enemy but my beloved brother or sister. It will mean that calling God father becomes more important to me than who I call leader.

It will mean that in my relationships with other people who claim Christ the looking “down” of humble eyes in prayer will be more important than the looking “up” at my computer monitor to those who lead me deeper into petty American tribalism.

Hold Your Nose and Love

I know–there are real live people who are passionate for Trump and for Hillary. Sorry if you’ve felt left out by my working assumption there that most people see this election as, at best, a decision between the lesser of two evils.

And no, I’m not saying that we should give up on voting or on agitating for just laws and policy.

But I am saying we have been given an opportunity. An opportunity to reflect on what we feel we’re missing and what this tells us about the hopes we have been placing in our political processes.

For many of us, that hope is an idolatrous displacement of the kingdom of God for the corridors of power. For many of us, our politics has gotten in the way of a much more basic currency: the currency of love that invites us to pour out our lives for one another whether Democrat or Republican.

The currency of love that invites us to pour out our lives for the neighbors we actually have rather than the imagined ones whose own good we are trying to protect.

The currency of love that invites us to pour our our lives for the God who promises to restore such sacrifice with unimagined abundance. 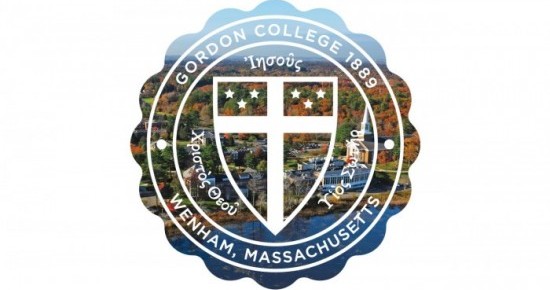 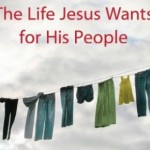 June 4, 2016 Called to Community
Recent Comments
0 | Leave a Comment
"Here is Larry Hurtado's (R.I.P.) response: https://larryhurtado.wordpr...Hurtado nailed it."
Derek A Man Attested by God: Response ..."
"Quite the contrary, the Christ Myth Theory arguments of Carrier, Price and others have been ..."
True Why I Am Still a Christian
"Do your own research; check out Richard Carrier, Robert M. Price, David Fitzgerald, Raphael Lataster, ..."
Spartacus Maximus Why I Am Still a Christian
""Without repentance there is no forgiveness." - Luke 17:4, Acts 3:19, 1 John 1:9"
Ocelot Aardvark Who Can Forgive Sins?
Browse Our Archives
get the latest from
Progressive Christian
Sign up for our newsletter
POPULAR AT PATHEOS Progressive Christian
1