It’s been almost five months since the evangelical Christian college/seminary world has provided us with fodder for the claim that Christian institutions of higher ed are in a process of retrenching by reinterpreting their community standards and statements of faith in an ever more conservative direction.

Based on a story published in the Boston Globe, it seems that the story begins back in May of 2013. That was when the Gordon College faculty held a meeting to voice concerns over the heavy-handed, unilateral leadership style of president Michael Lindsay. 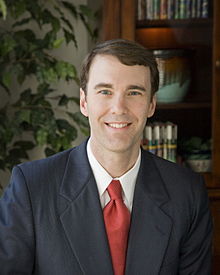 Here’s something I think we need to take a good long think about: why is it that so many Christian institutions (be they churches or schools) find themselves drawn toward authoritarian leadership? At some point we probably need to reckon with the fact that this is likely telling us something about our view of God, and something about our view of the gospel story. We appoint leaders who embody what we think to be faithful, godlike leadership. This is a mirror. I don’t like what I see.

But on to the point at hand. The Boston Globe reported innocuously enough:

Philosophy professor Lauren Barthold, who chaired the faculty welfare committee that hosted the 2013 meeting and who helped write the summary of faculty concerns, said recently that the report “was written with a lot of love and hope.’’

Prof. Barthold, I’ve got some bad news for you: crossing swords with a dictatorial, manipulative leader is never good for one’s career.

Firmly Against vs. Not Against the Gays

In July of 2014 Lindsay was a signatory on a letter to President Obama asking for a religious exemption to a forthcoming policy requiring nondiscrimination of LGBTQ people for any government contractor.

Not everyone agreed that Gordon should be given a pass from Washington to continue its discriminatory hiring practices. One of those “not everyones” was Lauren Barthold. With Lindsay’s signature on the letter came a spotlight on Gordon’s position and practice. And into that spotlight stepped Barthold with a letter to the Salem News. 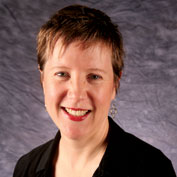 In the letter Barthold laments the pain that Gordon’s practices cause people who identify as LGBT or Q.  She laments that the campus culture has not allowed for open and honest conversation. (Can I get an “Amen,” Christian seminary / college profs?) She laments that people might get their first exposure to Gordon through news of its hurtful practice. She expresses understanding for sanctions that were leveled against Gordon from the community.

This is starting to sound like a story that cannot end well. Crossing swords twice with a directive leader? Not a good career move.

This is not an administration that wants any kind of criticism, constructive or not. It seems that the president even called a meeting to tell the faculty that it could not have conversation about Gordon’s hiring policies. That might put the faculty at odds with the Trustees. And we wouldn’t want the faculty to be taking over leadership of the s school, right?

As the story unfolds, the president and provost threaten to fire and attempt to “resign” her. (Yes, Christian higher ed has turned “resign” into a transitive verb.) But Barthold wasn’t having it.

On April 28 of this year news broke that Prof. Barthold was suing the administration for retaliation. The ACLU summarizes the case it filed on her behalf like this:

This is a civil rights lawsuit filed on behalf of tenured philosophy professor Lauren Barthold charging Gordon College, a Christian liberal arts college, with retaliating against her because she made public statements disagreeing with Gordon’s president who had asked President Obama to allow federal contractors, on the basis of religion, to discriminate against LGBTQ people in hiring.

Barthold was threatened with termination and later disciplined because she wrote a letter to a newspaper and was quoted in a newspaper article as a critic of the president’s action. Although the administration backed down from the threat to terminate Professor Barthold after receiving a warning letter from one of her attorneys, they subsequently imposed discipline on her – removing her from faculty leadership positions, denying her the scheduled right to apply for a promotion, and removing her from serving as director of the gender studies minor.

(You can read the full complaint here.)

Removal from leadership. Removal from directing a minor that she helped create. Disallowed to apply for promotion.

Let the irony of that one sink in for a few minutes.

I know, I know. Students are simply the nuisance in the lives of administrators, the ones who never understand what’s going on or why it’s good for them. Caveat lector.

But be that as it may, students have spoken. The letter they wrote last week in defense of Barthold can be found here.

Frankly, the following examples show how Gordon has ​not​ fostered healthy discussion about sexuality in the past few years… In this working group, they invited only ​one​ gay student to be a member of the advising committee. However, this student formally resigned from the committee because there was “an unequal representation of sexualities within the group,” and some “unreasonable tactics set forth in the structure of the working group,” as he expressed in his resignation letter.

Instead of an increase in academic engagement with these topics, what we see is a decline of relevant courses in the past four years. …

​No course pertaining to sexuality has been offered in the past four years​.

Like many evangelical schools, Gordon doesn’t know how to handle this. They know that any open and broad conversation has the potential to change minds. So that isn’t happening. But they also know that refusing the conversation will discredit them entirely, so that’s not an option either.

Option C? Have a non-conversation so that you can say you’re talking without the danger of being confronted with either the religiously or academically problematic nature of your positions.

Oh, and Option C can come hand in hand with Option D: punish, discipline, silence, and dismiss any faculty member who insists that the conversation continue.

Every time these stories break the question confronts us again: is it possible to do academically responsible Christian higher education? The more of these stories that break the stronger the impression becomes that one’s ability to do academics with integrity is inversely related to the conservatism of a school’s (or administrator’s) theological convictions. 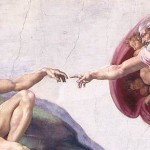 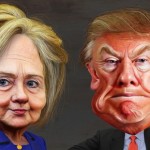