Religion and the Good of the World

Last week I went to a talk. And what I really, really wanted, more than anything else, was for the speaker to fire the silver bullet. I wanted him to convince me of what I have too long doubted. I wanted him to show me that the globalized world needs religion so that its people can flourish.

In defense of the speaker, let me say that I’m not entirely sure that his goal was to offer the silver bullet I went looking for. And, perhaps more importantly, I think he did offer Christian people a way to posture themselves before God and the world that would lead to greater human flourishing across the board.  I’ll come back to this in a second. But first…

If someone asks you if religion is good for the world, just say no. Do yourself a favor. Do the conversation a favor. Own that religion is a powerful force that can be used for good or for ill. Religion [full stop] is not an inherent good.

Yesterday in church the New Testament reading came from Luke 4. Jesus preaches. The religious people think it’s awesome. Until they don’t. Then they try to hurl him off a cliff. Because he wasn’t being religious like they were.

It struck me then that the best evidence for the argument that religion is not inherently good for the world is the Gospels. There we see repeated pictures of religion driving people to wall off, judge, condemn, separate, reject, and kill.

The problem with the question, “Is religion good for the world?” is that it too quickly puts religious people like me on the defensive. It immediately becomes an apologetics moment where we have to start defending ourselves as right and good and better.

But there’s a better way.

And it’s not a denial that religion can be good for the world.

The talk I heard last week was by Miroslav Volf. He took up the phrase from Deuteronomy, quoted by Jesus in Matthew and Luke, that “people do not live by bread alone.”

He developed this in a way that I wholeheartedly agree with: our whole world operates on a scarcity mentality. Our calling is to entrust ourselves to God’s economy of abundance, to receive this world as a gift, and to find ourselves freed to act with our neighbors’ interest ahead of even our own because we know that there is more to life than the bread I want to lay my hands on. And, we know that bread alone is bitter and never satisfies.

He laid out a beautiful way for Christians and Jews to be religious such that it would be good for the world. It’s a way that finds flourishing beyond simple, fleeting pleasures. It’s a way of selfless generosity that is good for our neighbors and good for the planet.

But this is not inherent in current religious practice. It is not how all religious people act. 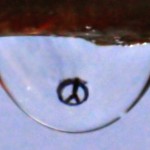 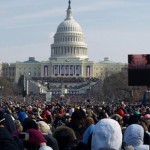 January 20, 2017 The Good News of Inauguration Day
Recent Comments
0 | Leave a Comment
"Here is Larry Hurtado's (R.I.P.) response: https://larryhurtado.wordpr...Hurtado nailed it."
Derek A Man Attested by God: Response ..."
"Quite the contrary, the Christ Myth Theory arguments of Carrier, Price and others have been ..."
Truth Why I Am Still a Christian
"Do your own research; check out Richard Carrier, Robert M. Price, David Fitzgerald, Raphael Lataster, ..."
Spartacus Maximus Why I Am Still a Christian
""Without repentance there is no forgiveness." - Luke 17:4, Acts 3:19, 1 John 1:9"
Ocelot Aardvark Who Can Forgive Sins?
Browse Our Archives
get the latest from
Progressive Christian
Sign up for our newsletter
POPULAR AT PATHEOS Progressive Christian
1