NFP and the Cookie-Cutter Woman 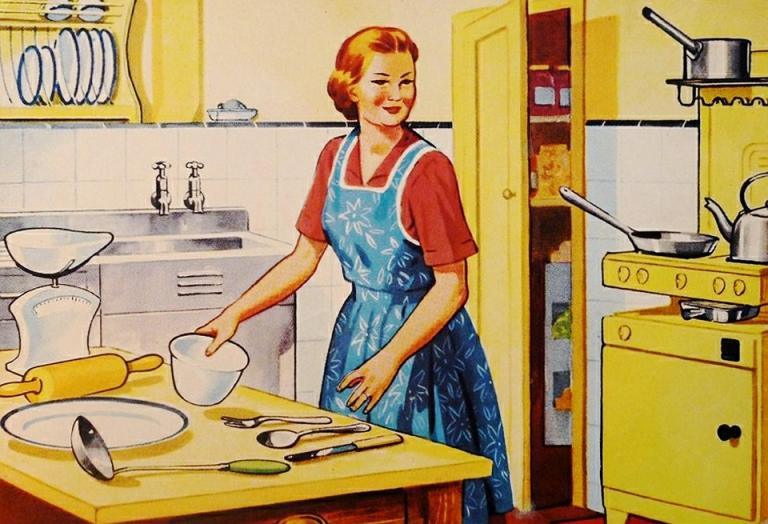 I want to preface this by saying that no woman is actually a cookie-cutter woman, unless perhaps future sex-robots with AI could be classed thusly.

But the way a lot of people talk about NFP, one would think that all women were meant to be basically the same.

This is apparent in the way we talk about women’s bodies, and in responses to women who go off script when talking about sexuality, reproduction, and marriage. I wrote last year about the broad ranges of experiences women have, and the impossibility of reducing female sexuality to a single person’s experience:

There’s this tendency to speak as though all female bodies are the same, and this is simply not true. Even aside from broader variants, each personal body is completely unique and irreplaceable, each person’s interiority uniquely her own.

That’s one reason why so much talk about NFP is frustrating.  “I did it, you can too,” is never a viable response to someone who is suffering.

I was immediately attacked. Are you saying we need to use contraception?Are you disagreeing with Humanae Vitae? Oh, so you think the teachings need to be changed because they’re hard? Well, we’re called to suffer with Christ!

Mindy Selmys has written several excellent pieces on NFP, on the reality of her own experiences, and on the problematic history behind the document. She, too, was attacked, of course. “I did it, so she can too,” was a common refrain.

A Failure of Empathy

I wonder if people realize how heartless this sounds – and how stupid? I wonder whether people would be quite so comfortable if we were so devoid of empathy on other areas of women’s struggles. I keep my house clean, so why is she such a slob? I managed to lose the pregnancy weight, so why can’t she? I manage my anxiety, so why does she need to take those pills? I keep my kids under control, so what’s her problem?

It’s only in the area of sexuality – this private, intimate, vulnerable region – that some women feel perfectly at ease policing the lives of others, while they would consider it a terrible affront if I were to go into their house and lecture them about their dirty dishes.

Yes, for some women NFP works perfectly. For some, the requirements of the existing teaching allow for genuine flourishing in wholesome relationship. But this is not true for every woman, and this is not because of rebellion, or insufficient obedience, or just not having learned to do NFP right. It’s because every human is unique, every human body is unique, ever psyche is unique – and what is easy for one may not be even possible for another.

Whenever we say this, though, there is the same outcry. We didn’t give the required responses. We didn’t say “yes, it’s hard, but it’s worth it.” There’s a market in Catholic industries for women who will say the expected things, but if we dare to say that it doesn’t work that way for us, we’re shot down.

Look, women who struggle with the teaching are not trying to invalidate the experiences of those who do not. They aren’t saying “birth control for everyone!” or “no one should have so many kids” or “clearly you are not liberated enough.” Feminism is about recognizing a variety of legitimate choices women may make, after all.

Nor are they opposing the teaching. This is not rebellion; it’s a matter of asking whether we can look for possibilities within the teaching.

But those who silence them are invalidating the experiences of those who don’t fit the required mold.

Recently, Sick Pilgrim began a series on NFP, curating women’s stories about their experiences – some of them anonymous, which is itself telling, that it feels dangerous to speak out.

The responses to this series have been largely variations on “thank you! Finally we’re talking about it!”

But then there are the same criticisms, all with the subtext of silencing: why are they telling these stories? What’s the point? What are they trying to do? Are they trying to dissent from the teaching? There’s nothing more to be said – it’s fixed; it’s complete; the existing teaching covers all possible bases.

Along with the simplistic view of humans and human bodies, there’s a simplistic understanding of church teaching at work here, possibly because many have this idea that “good catechesis” means merely “being able to copy and paste relevant lines from the Catechism” rather than understanding the history and development of these teachings as only an aspect of the process Logos made manifest through tradition, liturgy, and sacrament – in a relation of love between creator and creature.

Catholics who think teachings are rigid and monolithic end up taking an inquisitorial stance, imagining that it is possible to draw hard lines between “assent” and “dissent.” But our tradition has been evolving and growing for centuries. Understanding present teaching requires recognizing where it came from, and how profoundly it has transformed over the years. It’s just a basic epistemological truism that if there is truth about the divine, this truth must be infinite; no human mind can ever fully encompass it, and certainly not in flawed, ambiguous human language.

It’s telling to me, typically, when there are areas of teaching one can’t talk about judiciously, without being shouted down, without provoking ugly and emotional responses rather than intelligent and reasoned debate. This suggests that there is an element of power at work in these areas, and an element of fear. Something is being threatened – some human influence, because the divine is never threatened. Women who refuse to be boxed in have a habit of provoking terror, after all.

As I write this, I am wondering how many readers will be willing to engage in the conversations about what is latent in the tradition that may need to be drawn out, how better we can help women and families – and how many people will immediately try to shut me down.

April 17, 2018 Hey, Fellow White Folks: Listen to Black Folks!
Recent Comments
0 | Leave a Comment
Browse Our Archives
get the latest from
suspended in her jar
Sign up for our newsletter
POPULAR AT PATHEOS Catholic
1