You Could Die Anytime (When Breath Becomes Air)

Our culture fears anything related to death. We fear ageing, not merely out of distaste for the accompanying wrinkles and back pain. We fear illness, and not only because of the pain and high medical bills that it brings. No, we fear ageing and illness as harbingers of death. So we work to keep them at bay, studiously avoiding any reminder of our mortality.

Perhaps we shouldn’t. Fear of death does not generate life. No matter how studiously we avoid reminders of our mortality, we could die anytime.

As I’ve mentioned before, I believe we should all think about death more: it’s an opportunity for vulnerability, wisdom, and encounter. A fear of death can suppress the heart’s search for ultimate meaning. What is the purpose of my life? Does my suffering have value? What truly fulfils me? Many people stifle these questions, afraid to open them up because of the inevitable abyss of the unknown that looms under them.

It doesn’t have to be this way. We can learn to embrace reminders of our mortality. Our engagement with death can in fact become a source of life, a provocation to live authentically and courageously. I actively choose to do this by keeping a skull on my desk which I (a bit egotistically) named “Sofia.”

Some don’t have this choice to begin with. We are forced to confront death when faced with the loss of a loved one, a serious injury, or a terminal diagnosis.

This was the case with Paul Kalanathi, author of the memoir When Breath Becomes Air. At age 36, Kalanthi was a brilliant neurosurgery resident at a top medical school. He had years of gruelling training behind him and cutting-edge research experience under his belt. After his completion of residency, he would begin his prestigious career as a neurosurgeon neuroscientist, in which he would pioneer novel technologies in the treatment of brain disorders. To Kalanathi, it seemed that he was finally nearing the life he had planned to lead; he was one hurdle away from the finish line.

But then, Paul received earth-shattering news: he had stage IV lung cancer. Though Paul had been experiencing back pain and fatigue for weeks, the diagnosis understandably shocked him, as this advanced cancer is extremely rare in men of his age. Perhaps more than anything else, the uncertainty of his prognosis disturbed Paul. How could he decide how he to live if he didn’t know how much time he had left?

In the end, it was less than two years. Only 22 months elapsed between Paul’s diagnosis and his death. Those months, as he recorded them in his memoir, were enormously fruitful. Paul responded to his illness with courage and determination, with his wife Lucy by his side. With his death on the horizon, Paul had no more room for delays, for complacency or ambiguity. Paul had to make choices, and not just about his treatment plan. Would he continue working in medicine, or return to his earlier passion for literature? Would he devote himself to research projects that would outlive him, or patients whose illnesses he could heal?  Should he spend more time with his family and friends, or with his wife? Should the two of them seek to bring a child into the world?

Beyond these practical questions lurked more existential ones. As is the case with many of us, Paul’s decisions and behaviors —  both personal and professional — were grounded on the assumption that he had half a decade left to live. The elimination of that future called his identity into question. But Paul didn’t avoid these doubts, questions, and fears. He grappled with them in search of a real answer. And even as he was steeped in this inner turmoil, he lived. He acted, he worked, and he made choices. He sought to leave behind a legacy through his memoir. Most beautifully, he and his wife welcomed a daughter, who filled his final days with joy.

Lessons from the memoir

Paul’s memoir is filled with valuable and vulnerable reflections on life and death. In particular, though, three themes emerge.

First, what does it mean to practice medicine? For Paul, medicine was not just problem-solving. It was a vocation. Paul’s work demanded that he take his patient’s suffering on himself. Paul’s decisions determined their life expectancy and his skill their quality of life. These high stakes were not an objection to Paul’s calling, but a part of it. In the same way, neither could the gruelling years of training and long hours of work be an objection. (Though I do think that medical education should be reformed). Through embracing his calling as a surgeon, Paul reminds us that true fulfillment is not separate from the cross. In fact, it demands that we sacrifice our own self-interest in the service of others.

Second, what is hope? Paul struggles to identify where and how he can have hope. Many patients pin their hopes on their odds of survival, no matter how narrow. This doesn’t satisfy Paul. Nor does he place his hope on his legacy, either in neurosurgery or in his personal life. I think that, in his heart, Paul intuited the truth about hope. Hope cannot rest on my circumstances, depend on some abstract future possibility. Hope can only be grounded of a present reality. Luigi Giussani explains true hope this way:

Third, what is our relationship with death? Paul’s relationship with his mortality changed over the course of his diagnosis. Eventually, he made peace with it, concluding that “The fact of death is unsettling. Yet there is no other way to live.” By his life, Paul demonstrated that engaging death can be an opportunity to love and to bear fruit that will remain. He did not indulge in platitudes, or even explicitly exhort his readers to make the most of their time. But he embodied the value of keeping death in mind — what I would call an ‘eternal perspective.’ We need not receive a diagnosis like his to reflect on our own lives, and make changes accordingly.

These themes are, of course, a simplification of Paul’s experience. I encourage you to read the book for yourself – and perhaps think about your own death a little more in the process. 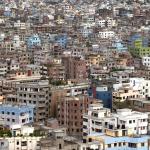 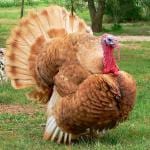 November 27, 2019 Four British Gifts for Thanksgiving
Browse Our Archives
get the latest from
Catholic
Sign up for our newsletter
POPULAR AT PATHEOS Catholic
1