Why I’m Thankful for My Doubts

Why I’m Thankful for My Doubts November 4, 2013 Guest Contributor 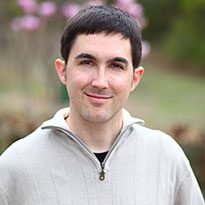 By Kyle Cupp, author
Living by Faith, Dwelling in Doubt

I have my doubts about God, still, especially in stillness and in quietude. I probably wouldn’t make a good monk.

From fifth grade through high school I played the trumpet, but I was never very good. I could march in step with best of them, hiding my natural inclination to walk with a bounce behind the rhythmic roll of heel to toe, but the sounds I made were of lesser quality than the notes played by whoever marched next to me.

I played little league too, but I was no better at this. Arguably much worse. I was an asset for the opposing team. I never hit the ball, not even once. Couldn’t even manage a foul. I might have caught a fly ball a handful of times. Once, when a cleat came off my foot as I ran midway between first and second, I inexplicably stopped and turned around to grab the fallen footwear. It seemed the right thing to do at the time. Those baselines were uncomfortable to the shoeless foot. Suffice it to say I didn’t make it to second base. My poor coach. If I could remember who he was I’d feel compelled to get him a card or tickets to the World Series.

I doubted myself as a trumpet player and as a little league baseball player. I doubted my abilities and my ability to get much better. These doubts kept me back. I didn’t believe that I could play well. I attributed momentary successes to a moment’s luck or blessing. My doubts were obstacles and I failed to overcome them. I’m not thankful for them.

When I tell others that, as a person of faith, I dwell in doubt, the assumption is often that my doubts here are of this hindering sort. Sometimes they have this effect. Not long ago, in the midst of a dry spell, I stopped caring whether or not I believed in God. I hadn’t arrived at a place where I dismissed the idea of God, exactly, but I didn’t really actively believe either. I had transitioned from belief to uncertainty to indifference.

No doubt that doubts can be dangerous to the walk of faith. They’re like sharp-cornered Lego pieces scattered across a floor you have to cross in the dark of night. They can be painful and do a surprising amount of damage for such little things. In other circumstances, though, doubts can become the building blocks of faith, giving to faith its structure, shape, and power.

I do not doubt my son and daughter in any negative sense, but at the same time I’m not certain what they’ll face in life and what choices they will make. It is precisely this state of not knowing, of being in the dark about what may come, that lights a fire in my parental heart to raise and rear my children as best as I can.  I believe in them, I believe that they can and will make good choices, but I don’t know that they will. I doubt they’ll always behave wisely. Because I cannot know with certainty that my children will always do what they ought to do, I have to have faith in them. If I assumed that they would never make a bad decision, then I would have no cause for belief or for trust.

I have my doubts about God, still, especially in stillness and in quietude. I probably wouldn’t make a good monk. There are times when I feel the close presence of a being I want to call God, but these experiences tend to come when I’m not looking for them, when I’ve forgotten myself: chasing my giggling children around the house, scouring one bathroom of mold and rotting caulk while my wife cleans the other, lying down with closed eyes listening to her read poetry. It’s in these simple moments that I sometimes feel as though the love I experience is bigger than I am, almost as though I’m bathed in a spirit that unites me to every love across the universe. Later I’ll make the mistake of getting all theological about God, a point at which God seems to vanish and I’m left with cold formulas that sound lofty but say almost nothing to me.

I’m not sure I’d have it any other way. God is described, ironically, with the term “ineffable,” a word that deconstructs every doctrine we formulate. It indicates the infinite distance between the words and formulas we use to describe God and whatever it is to which they refer. Between our finite words and an infinite God there’s a lot a room for uncertainty. A lot of room for doubts. An endless space for questions and conflicts of interpretation.

I know, for example, what the word “son” means, and I know what it means from the experiences of having a son and being a son. I really have no idea what “Jesus is the son of God” means. I can tell you the definition of the words and can explain the analogy of the sentence, but I can’t tell you how this statement actually refers to these two Persons of the Trinity. I don’t know what I’m talking about when I use those words either. As I said, a lot of room for doubt.

I’m thankful for this space of uncertainty and for my accompanying doubts because they motivate my faith.  If I had certainty of who and what God is, then I wouldn’t need faith. I’d simply know. Or think I know. And that wouldn’t get me anywhere. So I thank God, even though I don’t know what it means to thank God.

If we’re talking about God, that’s probably how it ought to be. 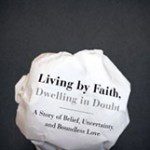 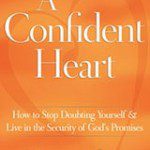 November 5, 2013 Lighting a Path for Women Who Doubt Themselves: A Confident Heart
Recent Comments
32 Comments | Leave a Comment
Browse Our Archives
get the latest updates from
Take and Read
and the Patheos
Entertainment
Channel
POPULAR AT PATHEOS Entertainment
1