One thing I’ve learned recently is that if you are a mother you can never guarantee pristine shoulders.

I thought for awhile that this was a side-effect of having babies and I’m happy to say that, in the case of the babies, I always planned accordingly.

I remember the first thing I did after learning our daughter Hannah had been born and we were going to travel to pick her up at the hospital the next day was to dig through my clothing for the ugliest, oldest, most ratty t-shirts I owned, in which I lived for several years after her arrival.

Having already served as mother to Hayden for almost four years when we adopted Hannah I was well aware that being a parent means you frequently have any number of substances (some mentionable in polite company, most not) all over your shoulders.

I was right then and again when Sam was born, and the end result was that I spent years in old t-shirts covered with spit-up, mashed food, formula and, well, you know. I am not proud to say that I think one of those t-shirts had a picture of Winnie-the-Pooh on it. (You would think I would have at least tried to preserve some semblance of dignity. Sadly, no.)

The thing that has me unprepared of late is that I thought I was done with all of that. It’s true we have occasional bouts with the flu here, but we’ve been pretty successful in teaching the life-skill of dealing with the resulting effects in the appropriate manner. Preferably independently. The end result is that there is no more spit-up, burp clothes, mashed carrots, or anything else, really, of that nature on my shoulders, and there hasn’t been for some time, thanks be to God.

In fact, until yesterday I had been giving serious thought to going through drawers and tossing old, ratty t-shirts (please know Winnie is long gone already). It’s a new day . . . a new day accessorized by pressed linen shirts, professional blouses and occasionally a really great suit coat. In other words, non-spit-up attire.

Once a mom always a mom, I guess I learned yesterday when I was rushing out the door to a very long work day. I was dressed in appropriate preacher attire because I was speaking at a conference in the morning, had appointment after appointment back to back all day long, culminating with an evening Bible study that would see me coming home sometime after 8 p.m.

As I walked out the door I repeated instructions for getting to the bus stop. I believe I threw in a few threats about homework after school and also reiterated the myth that is currently fact in our house: that parents have a special, secret way of ascertaining if the television has been in use in their absence.

As I dragged my bag, the dry cleaning, a pile of books and whatever else I was carrying toward the door my little guy Sammy said, “Hey Mom, what time will you be home again tonight?” I told him I had Bible study and I’d be home after he was in bed, but that I would be sure to come in and give him a kiss when I got home.

As I continued my exit I heard Sam say goodbye but noticed out of the corner of my eye a very little 7-year-old chin quavering bravely.

You know what happened then . . . the built in neon sign that says GUILT started blinking rapidly in my head, sirens went off and I felt, as I do from time to time, that I can’t possibly successfully juggle all of the responsibilities of my life.

That’s what I began to think.

My thoughts quickly deteriorated from that point until, within just a few seconds, I was fairly sure my gross inability to parent has already damaged my children irrevocably and, best case scenario, has insured a steady income for some future therapist.

Teary goodbyes are not typical for my stunningly bright, fiercely independent, happy little son. I put my stuff down and went over to hug my little guy who, I am finding, is not so little anymore. He clambered up on my lap and laid his head on my shoulder. I think it was just tiredness and missing Mommy, but, well, you know what I felt. GUILT, GUILT, GUILT.

I rubbed his back and told him we’d take a nature walk at the creek on Saturday (I wanted him to feel better . . . but anything to ease the guilt, you know). As I held him I thought, once again, about whether this job I do is worth what it costs. I quickly put THAT thought out of my mind—too painful, you know.

I then moved on to more critical issues.

I thought next about the fact that I would soon be speaking in front of a large group with a blouse once ironed but now completely wrinkled. And just in the middle of that thought I looked down at my Sam and as I stroked his hair and I saw it . . . one very fat tear perched on the edge of one of those big eyes. 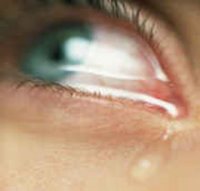 It fell. Right onto my shoulder, where it settled in on my blouse and spread a wet spot where it landed.

The longer I live the more I know in the marrow of my bones that a healthy balance of mothering and pastoring will elude me as long as I try to do both; there just are no easy answers. With each new lesson, though, I’m acquiring critical insider information.

Today it’s the reminder that there’s something graceful and beautiful about having wet shoulders. It means there are people in my life who feel like they can lay their heads on my shoulder and cry the tears that every human life sheds.

There’s no easy answer to the question of how you shoulder it all, but no matter how you end up doing it, I guess I hope to always have shoulders well in use by people I love. Makes the drycleaning bill worth it, don’t you think?

April 24, 2006 Gray
Recent Comments
4 Comments | Leave a Comment
"Any updates with the blog ?"
Stanley Sabbath as Radical Witness
"I really, really, really liked this article. Thank you. ♥"
maguilar9855 When God Gets Political: Enough
"To the author/researcher: I am wondering if you uncovered a time when, as Dr. King ..."
Judith March Hardie MLK at The Riverside Church in ..."
"Church is boring."
Ivan T. Errible Sabbath as Relationship
Browse Our Archives
Related posts from Talk with the Preacher