It appears that Ross Douthat of the New York Times started a bit of a firestorm last week with his article, “Can Liberal Christianity Be Saved?”  I am, of course, primarily basing this statement on evidence from my Facebook feed; I presume that much of the reading world really cared very little about Douthat’s thoughts.  Nevertheless, his commentary focused on a recent meeting of the Episcopal church, positing that a more liberal Christianity is, well, abysmally failing as it relates to growth in numbers. 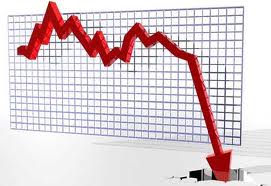 Diana Butler Bass responded to Douthat’s position with the point that it’s not just Episcopalians or other liberal brands of Christianity that are in decline; decline is rather a trend that is happening across the church as a whole.

This “decline of the mainline church” conversation has been going on for so long and in so many iterations in the publications I read (and on my Facebook feed) that, after awhile it’s hard not to feel numbed to the topic altogether.  Still, for me (and I would guess for anybody in my profession) panicky “how can this be happening what should we do if we could only think of the solution?!” thoughts come to the surface occasionally, regardless.

This happened again to me when I read Douthat and Butler Bass and any number of other people raising the question of the sustainability of the church…again.

This time, though, I decided to quell the panic.  I just can’t keep asking the same question over and over again because I don’t know the answer…but most of all I don’t want to keep asking how to stop the church’s decline because, frankly, I think it’s the wrong question.  Rather than asking if we can staunch the bleeding and save the church, I wonder if we should be asking instead, “What is the church, anyway?”

I suspect, sometimes, that this thing we are trying so hard to save might…not…even…really…be…the…church.

A friend was mentioning just the other day that the vocation of spiritual direction began during the rule of Constantine, when (ironically) Christianity became the state religion.  “The Church” suddenly became popular and generally accepted and comfortable.  And, despite the prominence of the church, there were some who felt they could not connect with God in this new institution.  So, they moved into the desert and lived in caves and gave up most everything.  And the people who still lived in a society where the church was prominent trekked out to the deserts and scoured the caves to find the mystics who could help them connect to God.  Because the church, somehow, wasn’t.

Conference after conference and regular panic attacks and countless articles later, I wonder if this “church” we are trying so hard to preserve is the very thing that is keeping us from connecting to God?

See, I’m so tired of asking the question “How can we save the church?” because it’s sounding more and more to me like, “How can we get people to like us?” or “How can we maintain a prominent place in society?” or “How can we possibly keep paying our pastors? (gulp)”.  And, if I think back…way, way back…back to when I first felt a call to ministry, I can faintly remember that the little tug on my heart was not a tug to save the church…it was a crazy, fear-filled calling to live in gathered community, in relationship with people who want to follow Christ.

Instead of asking again how we can possibly save the church, maybe we should ask ourselves: would we, would I, ever have the courage to really be the church?  That question should keep us busy for awhile.

July 23, 2012 We Are the Church: Blessing Our Commitments
Recent Comments
3 Comments | Leave a Comment
Browse Our Archives