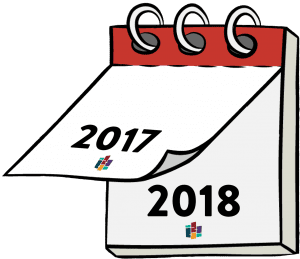 I can’t say that I’m going to miss you all that much; I think even you’d agree that our relationship has been rather difficult.  As a brand new year begins, I’d like to remind you of some of the things you brought us:

We’ve had a whole year now with a president who is objectively unhinged, persisting in his attempts to institute a travel ban that discriminates against our Muslim brothers and sisters.  We experienced the loss of health care by so many Americans, especially children who rely on the CHIP program, and now the most vulnerable in our country are even more at risk.  Thanks, 2017, for the news, declared shamelessly and publicly by our president, that he’s now given the most wealthy Americans a huge raise by reducing their taxes.

2017, during your tenure the level of fear in immigrant communities has skyrocketed; violence against black and brown people has become commonplace, almost incidental; we can now say we’re pretty much held hostage by the NRA and the lack of conviction in Congress to change gun laws and end gun violence in our country; and we are now free to brag openly about sexually assaulting women.  2017, you’ve also shown the ugly underbelly of American Christianity, if we are still in fact calling what we’re seeing “Christianity.”  People who publicly identify as Christian leaders have crawled even further into bed with power, professing some skewed orthodoxy that does not even remotely resemble the teachings of Jesus Christ.

In short, 2017, you have shaken us awake to deep problems that have always been present but are now undeniably urgent, requiring all of us to wake from complacency and decide if we will have the courage to live what we believe.  Thanks a lot, 2017.  No, really…thank you.  We now see more clearly the critical work ahead of us, and each of us has a decision to make about what will happen in 2018.

You’ve invited me, 2017, to turn the page in the calendar to 2018 and make some changes.  2018 will be a year of constant remembering that the gospel of Jesus Christ is truly a radical way of life that requires me to take risks and summon the courage to speak up and step out more and more.

To start this new year, then, I’m going on a trip.  My friend Tony Cartledge called my attention to the work of Victor Turner, who observes: “…pilgrimages tend to bloom during periods of destruction or rapid social change…” and so here I find myself, on the edge of 2018 and headed out on a pilgrimage.  At this very moment, in fact, I am on my way to Tel Aviv, Israel, where I will meet up with a small group of religious leaders, all women. 2018 will start with building relationships across the lines that divide us, learning about the hard work of peace building in a region torn by conflict, and trying to find ways that we can lead our own communities and perhaps even our own country, even incrementally, toward a reality that is more peace and justice filled.

These are lofty goals, I know, but I’m sick and tired of being constantly assaulted by news that leaves me incredulous, hopeless, and fear-filled. Goodbye, 2017; 2018 will be a year of action.

During this trip our group will get to know each other while we meet and talk with women in Israel and Palestine who are showing up and making change and have been for decades. We will meet groups like: Women Wage Peace, a large movement founded in 2014 and consisting of thousands of members from the right, the center and the left of the political spectrum, Jews and Arabs, religious and secular, all working toward the achievement of a mutually binding non-violent accord.  We will meet people bringing Israeli and Palestinian children together to make art; women working with family members who have lost loved ones but who want to lend their voices to end violence; experts who study genocide and ethnic cleansing and sound alarms; women who are working to lead religious communities, provide clean water for children on the West Bank, women opening conversations and relationships that are critical if we are going to change the world together.

2017, you brought to life a reality I do not want to experience in 2018.  Whatever comes in the year ahead, I want to be a person of action, making change and finding the courage to speak up.  Too much needs to be healed; the world needs a message of transformational love; and all of us need to be part of making this happen.

Watch for updates on my new year adventure, and join me in reaching across dividing lines, loving our neighbors, speaking up against injustice, and holding our leaders accountable for their actions.  Bring it on, 2018! 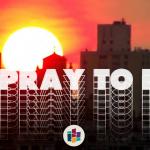 January 9, 2018 #HolyWomenHolyLand: Jesus Tour
Recent Comments
0 | Leave a Comment
"Any updates with the blog ?"
Stanley Sabbath as Radical Witness
"I really, really, really liked this article. Thank you. ♥"
maguilar9855 When God Gets Political: Enough
"To the author/researcher: I am wondering if you uncovered a time when, as Dr. King ..."
Judith March Hardie MLK at The Riverside Church in ..."
"Church is boring."
Ivan T. Errible Sabbath as Relationship
Browse Our Archives
Related posts from Talk with the Preacher