“If you save one life, you save the whole world.—Talmud” 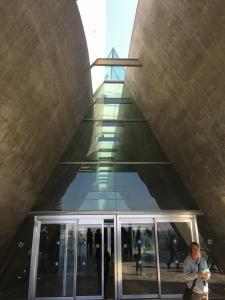 On Monday we started diving even deeper into the modern, conflicted life of this beautiful land.  We began by making a pilgrimage to Yad VaShem, the World Holocaust Remembrance Center.  Designed by Israeli-Canadian architect Moshe Safdie, the building is shaped like a triangle, half of a star of David, reminding visitors that over half of the world’s entire Jewish population was lost in the Holocaust.  To make your way through the building you have to wander through a dark tunnel toward the light at the end.  The building itself is a powerful memorial.

The displays in the museum tell the story of the gradual dehumanization of an entire population, and a society that, for the most part, went along with it.  Every story reminded us over and over again that the Holocaust happened because of ordinary people faced with important decisions.  And many acts of heroism and valor, many 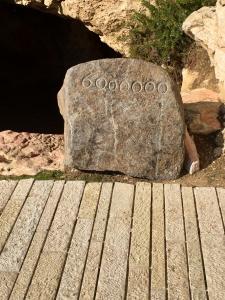 lives saved, were also the result of ordinary people faced with ordinary decisions. We finished our visit to Yad VaShem by walking through the children’s memorial, a powerful experiential reminder of the tremendous loss of life and future, the true depths to which humanity can descend, and the power that every decision we make can have.

As we climbed on the bus to head to our next stop, our guide Lana reminded us: “You cannot have a future if you do not know your past.” 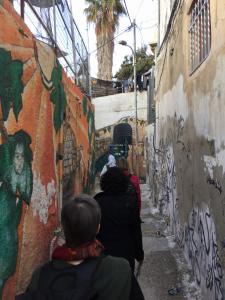 Indeed, past and future practically collided at our next stop.  We arrived just as the sun was (finally!) coming out in the Arab Palestinian village of Silwan, one of the poorest Palestinian neighborhoods in East Jerusalem. Despite being the home of the quaint sounding “City of David,” Silwan is a part of Jerusalem where garbage fills the streets, housing is unsafe and overcrowded, and children have no place to play.

This was a critical stop, not just to see a real archeological dig, but also to begin to get a sense of how the land is so deeply political.  While this site is deep in the middle of a Palestinian neighborhood, the private company that runs the site (funded largely by foundations and the Israeli government) is increasingly 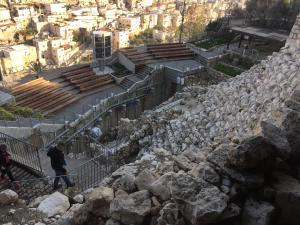 encroaching on the neighborhood around it.  Jewish settlers are moving in, and Palestinian families are being pushed out.

It’s so complicated.  But experiencing the Holocaust memorial and then immediately a modern neighborhood in which one kind of people are clearly living subjected to the power of religion and politics in Israel was enough to make everybody stop and think—both about Israel and Palestine—and about America.  We were powerfully reminded: anytime we see authoritarian power, the vilification of entire populations of people, and the degradation of our neighbors…we should stop saying “it’s complicated” as an excuse to avoid talking about our biases, blind spots, and racism, and begin having hard conversations about how to make our communities more just for everyone.

January 14, 2018 #HolyWomenHolyLand: In Her Own Words
Recent Comments
0 | Leave a Comment
Browse Our Archives
Related posts from Talk with the Preacher