True Will, Personal Development, And The Most Dangerous Of All Journeys

I got into a conversation before I began writing this blog post that got some wheels spinning on the subject of magic, priorities, True Will and all that. I touched upon it briefly during the Esoterinerd podcast I was interviewed in, but I’d like to expand upon it further.

People cannot have their magical wills so completely drained by the need to survive, to be able to take care of themselves and the basic necessities, to the point where they cannot thrive. And worse yet, not even know what it means to be able to thrive. It is vitally important as a magician to learn how to set things such as financial needs, the roof over your head, basic health and well being into a self-sustaining but constantly fed magical system for yourself that you can spend time focusing on other things such as emotional, mental, and spiritual needs.

This isn’t an unusual or unknown concept. Maslow’s Hierarchy of Needs covers it quite succinctly:

This is why I am very, very big on being able to take care of yourself in regards to your health and wealth as a magician, and why using magic to aid you in this endeavor is not only not a bad thing, but it is an absolute must and necessity. There are various traditions that may disagree with me on this, but I am giving of no fucks and will say flat out that they are wrong. I’ll merely offer up my own experiences and fruits as proof of this: once I set magic into motion in a way that not only had me both feeding it and feeding itself to give me a fulfilling occupation and the monetary benefits that came with it, much of my life–and my magic–got that much easier.

Suffering isn’t a virtue; using your magic in a practical way helps both you and those around you gives you a means of perfecting your magic doing something you absolutely need to do. It’s a win-win scenario for everyone. Throw out your old programming and join those of us who are living happy and fulfilling lives while helping others to do the same. You have nothing to lose but your excuses, and nothing to gain but greater happiness, magical mastery, and the ability to help others.

Once you’ve got a reasonable handle on the basics of life and survival, you can focus on the rest of the stuff to power your life, thrive, and make you happy. What does it mean to be able to thrive? What would it mean for you to really, truly live a fulfilling life? I can’t answer that for you. Instead I’ll turn to one of my most favorite passages in all of literary history in Michael Ende’s The Neverending Story:

“What do you suppose it means?'[Bastian] asked. “”DO WHAT YOU WISH.'” That must mean I can do anything I feel like. Don’t you think so?
All at once Grograman’s face looked alarmingly grave, and his eyes glowed.
‘No,’ he said in his deep, rumbling voice. ‘It means that you must do what you really and truly want. And nothing is more difficult.’
‘What I really and truly want? What do you mean by that?’
‘It’s your own deepest secret and you yourself don’t know it.’
‘How can I find out?’
‘By going the way of your wishes, from one to another, from first to last. It will take you to what you really and truly want.’
‘That doesn’t sound so hard,’ said Bastian.
‘It’s the most dangerous of all journeys.’
‘Why?’ Bastian asked. ‘I’m not afraid.’
‘That isn’t it,’ Grograman rumbled. ‘It requires the greatest honesty and vigilance, because there’s no other journey on which it’s so easy to lose yourself forever.”

In short, what it takes for you to thrive is essentially your true will. I can’t tell you what that would mean for you, nor can any other magician in the blogosphere. But I can tell you that if you spend much of your time stressing over bills and basic necessities that it is very, very difficult indeed to have energy left over at the end of the day to spend on thriving. I also don’t want to give the impression that anyone who continues to struggle making ends meet cannot advance spiritually or magically, as that’s certainly not the case! It just happens to be easier to get other needs and desires met once the basic ones have been dealt with.

But do not despair; in order to learn how to fly you gotta master the art of getting up onto your own two feet then walking. And that fine art of learning how to stand up is beyond essential. Don’t neglect it, and don’t think that you are doing such a terrible job in your own life that you’re still learning it. Some go into the grave before ever having given it the slightest chance; just the fact that you’re trying puts you way ahead of the game.

Figuring out what works for you and how to get your life in order is all a part of that personal development which is magical, difficult, essential, and humbling all at once. And as I’ve covered in another blog post, personal development is about 80% of the work. Get that done and you have much of the rest made. Fail and just do magic alone, and it’s basically the equivalent of trying to out-train a bad diet. Which is, if you ask anyone in the fitness world, impossible–you cannot. It’s well worth getting all of that under control and figuring yourself out before mastering the art and science of magic.

What can I tell you about the personal development process and figuring yourself out–aside from it being a nearly never-ending process? I can tell you that I learned my own true will, staring at me right in the face during what was the most magical and ultimately later the most traumatic of times for me. It’s not the way I wish for others to figure it out, that’s for sure. You are best off just figuring it out quietly one day or merely moving from one thing to the next until you reach that “ah ha” moment. But once you realize it, it’s a lot like falling in love, it just happens and no one can do it for you nor tell you how it goes. But some of us gotta walk through hell to find it then claw our way out afterward. And if you plan to make it out alive let alone thrive, you can’t do it by magic alone.

All in all, just trust me on this one: Do. Personal. Development. It’ll help you with your finances, practical goals both big and small, and last but definitely not least in your magical and spiritual work. Don’t know where to begin? Read the works of others, figure out whose writings and ideas jive with your own experiences and inspire you, and take it from there. Examine your life and learn from others who took the time to examine theirs.

People have walked these paths prior to you, and while their experiences may or may not resonate with you, it’s a start. I’m a big fan of Wayne Dyer and Joe Vitale but they’re not the only names out there. Some jive on the Law of Attraction stuff but for myself, I’ve found that while it’s useful it’s typically oversimplified, doesn’t tell the full tale, and is merely a stepping stone. People often like to tell you that the so-called switch is perpetually on and everyone’s always attracting (and of course insert blame/victim nonsense here), but that’s not actually the case. The reality is that most people are in neutral gear and being thrust along according to the whims of the Great Magnet. Master yourself and master magic, and all of that changes. 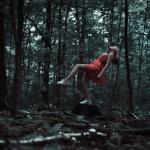 January 21, 2018
Wax On, Wax Off: How Learning Physical Fitness Helps With Magical Fitness
Next Post 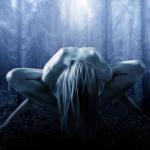 January 21, 2018 On Being Magic: Why Who You Are Matters As Much As What You Do
Recent Comments
0 | Leave a Comment
Browse Our Archives
Follow Us!