Spiritual Purification And Miasma: What It Is And Isn’t

In past posts I’ve covered how to handle spiritual and psychic purification and hygiene and how it relates to energy work such as centering, balance, etc.

What I didn’t count on was the stigma attached to these things and the association that so many have with the notions of “spiritual uncleanliness” and what amounts to germaphobia on a psychic and spiritual level, and the resulting shame and judgment that people seem to have on the subject. As someone who was not raised in mainstream religion–or any religion–I was honestly taken aback.

To muddy the waters even further, there is a concept in Hellenism which I briefly got into which has been translated to be “ritual or spiritual pollution”, which is known as miasma. Miasma is badly understood even among Hellenic polytheists, who get into the notions of “dirty” and “unclean” when it comes to this terminology. People have been using it as if it meant “sin” and similar negative notions, and it’s not so!

I’m now going to attempt to explain this concept, as it’s useful for people who are involved in theurgy, psychic, energy, or any sort of magical or spiritual work. I’ll begin with an analogy:

Suppose I’ve been drinking out of a cup that contains coffee. Coffee is great, right? Mmm coffee. I’m almost done with this coffee but this is my only cup, and I now want orange juice. What do I do? I rinse out the cup so I don’t have coffee-flavored orange juice. Does this make coffee bad? No. Any shame attached (especially as a tea drinker, haha)? Nah, I actually like coffee. I may be a tea addict, but I won’t turn down a well brewed cup of really, really good coffee (I just prefer tea!). But I don’t want to mix these two elements together.

When you create sacred space and/or are doing any sort of internal work, it’s a similar deal. You don’t want to mix coffee with orange juice. In the case of Greek religion, the idea was creating a liminal space free from anything pertaining to mortality so that the gods could best be present. The gods aren’t mortal (obviously) and the notion was that where mortality was present, they wouldn’t be. This meant anything associated with life and death explicitly or implicitly was not allowed in that space in order so that the gods could come through freely and not be held back. Could it also include actual hygiene or atonement for a crime committed? Yes, but that does not cover the issue on a bigger picture nor were they the only examples of such. And that last bit I suspect is where people get tripped up. Of COURSE this can cover actual wrongdoing and hygiene, but it’s not strictly about that.

This notion of purification translates well into many other systems, including magic and alchemy. In alchemy, we refer to this as keeping the alchemical container clean. You want what you’re doing to be free of any external influences that could muck with it. Similar deal with any magical working, and why people prefer to work in a consecrated, dedicated space. It keeps it free from other influences, focused on the intent at hand. If you want to invoke a Jupiterian force, you don’t want bits of Mars or Saturn getting in the way. You want that space to be as clear as possible. It’s also a great way to debug spells when they go wrong: was something else thrown into the mix by accident?

THAT is what miasma is about, and that is what getting your spiritual, magical, and psychic centers all cleaned out is about. You want to be as free from other factors, either internal or external, as much as possible. You don’t want orange juice flavored coffee or coffee flavored orange juice.

Hopefully this clarifies a lot for many people, and helps to rethink that stigma around the notions of purification. It’s not about being “unclean” or “spiritually dirty”! 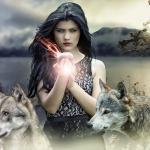 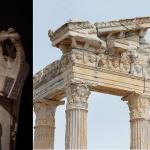 May 9, 2018 Apollo Is Not A God Of Rationality And Other Facts I Need To Share
Recent Comments
2 Comments | Leave a Comment
"Hmmm... Magic workings for this time of year? Thanksgiving rites, thanking the Earth and the ..."
Kyllein MacKellerann Magic During Samhain: What Types Of ..."
"With respect, age has nothing to do with energy. There are 20 year olds who ..."
Shantel Collins On Segregation In Pagan & Occult ..."
"I've long said that the best thing about Paganism is that it's individual, smiths work ..."
Virginia Fair Richards-Taylor Why I Absolutely Loathe And Despise ..."
"As a female Wiccan of +50 years I was surprised that there was a comment ..."
Fae Sidhe On Segregation In Pagan & Occult ..."
Browse Our Archives
Related posts from Tea Addicted Witch