Initiation And The Occultist: How It Does It Work And How It Can Work

Initiation And The Occultist: How It Does It Work And How It Can Work June 21, 2018 River Enodian

Initiation is something I’ve discussed briefly in the past, particularly in regards to what it is, and why people do it. If you need a basic 101 and/or aren’t terribly sure what initiation is, that’s definitely the place to start.

While there are technically many different types of initiation, what I will be mainly covering are initiations into mystery schools, esoteric and occult bodies, and anything where the initiation isn’t just mere ceremony but meant to be undergone on psychic, magical, and spiritual levels. Since there is so much going on under the hood, so to speak, just going through the motions and ritual alone does not guarantee the initiation.

Initiations can neither be forced either by the initiate or the initiator(s). It is frequently said that the gods, not people, provide the initiation and the initiators are but the tools the gods use and the channel they reach through in order to provide the necessary changes. I personally have experienced such rites on both the receiving and the giving end and while the details and methodology certainly vary from tradition to tradition, the overall gist tends to be about the same.

There is always the possibility that an initiation will not take, and that the egregore of the “current” of the group may not accept you as an initiate. Sometimes warning signs of this are seen in advance, and more often than not may simply signal that a candidate is not ready. In more extreme cases, it’s a matter of never being ready; the person is just simply not a good fit. I personally know of two very extreme cases where the candidate was ushered off and the initiation was forced in anyhow, and in both cases the candidate basically imploded. Whatever issues they had upon entering multiply sevenfold, and the destruction can break groups apart and cause a lot of drama and chaos.

Most places require you to be physically present to receive the initiation while some groups will allow for a long distance initiation until you are able to travel and receive the full initiation physically. While such “astral” initiations have been the subject of hot debate, I can say from personal experience that yes, they work. They will most certainly kickstart the alchemy and introduce you to the current of the group and connect you to it. What they will not provide, however, is the actual experience of the ritual itself which can be just as crucial if not more so. While my initial experience of my “astral”/long distance initiation into the Neophyte grade of the Hermetic Order of the Golden Dawn was quite profound and I even had visions of some of the godforms involved in that rite during it, there is nothing quite like being hoodwinked and robed for hours then brought into a room where at a dramatic point in the rite the hoodwink is removed and you go from blackness to a dazzling array of brightly colored robes and ritual implements. “Quit the night and seek the day“, indeed.

Another even more debated topic is the notion of “self initiation”. While the gods are indeed the true initiators, it is very difficult if not impossible to be both the initiator and initiate and introduce yourself into something that you personally are not yet introduced to. It’s a circular dependency with no resolution. What you can do is kickstart a spiritual alchemical process for yourself through ritual and magic, but that’s only one layer out of many for what provides an actual initiation into a tradition. You cannot declare yourself to be a member of any tradition through anyone other than a current member of that tradition who is empowered to initiate.

While it’s true that people can have experiences out of the blue, those experiences alone do not a tradition make. Spiritual epiphanies are not initiations into traditions, but they do introduce you to new worlds and levels of experience and be initiatory in and of themselves. I’ve personally had a handful of experiences in my life that were profound enough to feel like I had undergone a personal initiation, but I neither brought it about purposely or with any intent for it to happen. They are surprises from the gods. 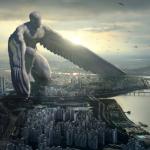 June 19, 2018
Technology And The Witch: How The Modern World Is Shaping Occultism
Next Post 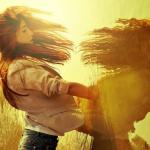 June 25, 2018 How To Magically Overthrow A Petty Tyrant: Occult Resistance For The 21st Century
Recent Comments
0 | Leave a Comment
Browse Our Archives
get the latest updates from
Tea Addicted Witch
and the Patheos
Pagan
Channel
POPULAR AT PATHEOS Pagan
1