How To Magically Overthrow A Petty Tyrant: Occult Resistance For The 21st Century

How To Magically Overthrow A Petty Tyrant: Occult Resistance For The 21st Century June 25, 2018 River Enodian

Today I’m here to cover the hypothetical scenario of doing magic in order to affect political change, particularly in cases where major government officials and its leaders have committed highly unethical acts that compromise the safety and lives of innocent people. Strictly speaking, everything I am covering is completely hypothetical, in the realm of theoretical work in regards to magic and witchcraft, and any resemblance to any specific public personas and/or current events in this blog post is purely coincidental.

Some key points to note:

It should also go without saying (but I’ll say it anyway) that any and all magic you do should be backed up with the necessary practical action such as contacting your representatives, donating money and time to organizations which provide the necessary support, etc.

There have been a number of groups online, particularly on Facebook, which have devoted themselves to similar causes. While some people have expressed skepticism towards this kind of magical work, it is not without historical precedent. A number of occultists back in the 1940s got together and worked magic to prevent the Nazis from invading Britain. Say and believe what you will, but I’d say based on historical events that they succeeded–and therefore we can too. There’s an excellent book on the subject by Dion Fortune, who was instrumental in said working, entitled The Magical Battle of Britain. You can also read a fantastic blog post about the event here.

I am available as always for any questions about magical theory and practice, especially in regards to affecting positive change which you want to see in the world. In addition, I am readily available for any and all magical and practical work involving such. If you have an interest, by all means feel free to reach out to me. 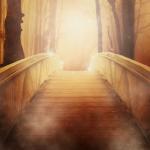 June 21, 2018
Initiation And The Occultist: How It Does It Work And How It Can Work
Next Post 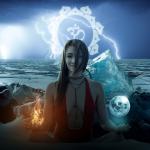 June 27, 2018 Magic Smarter Not Harder: When Your Spiritual Practices Need A Tune-Up
Recent Comments
1 Comment | Leave a Comment
Browse Our Archives
get the latest from
Tea Addicted Witch
Sign up for our newsletter
POPULAR AT PATHEOS Pagan
1

Voting Out Trump Is a Part...
Raise the Horns
Related posts from Tea Addicted Witch

Pagan
COVID, Samhain, And You: Why This Year Is...
Tea Addicted Witch 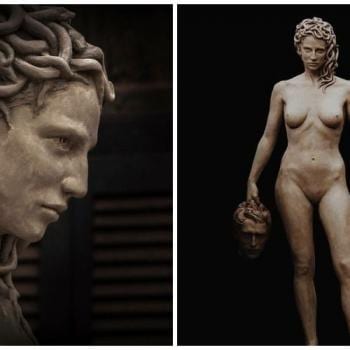 Pagan
I Hate Ovid, But Do We Really Wanna...
Tea Addicted Witch
TRENDING AT PATHEOS Pagan

What to Expect on Election Night, and Beyond
If Biden isn’t the clear winner by the time you go to...
view all Pagan blogs
What Are Your Thoughts?leave a comment
Copyright 2008-2020, Patheos. All rights reserved.