Cis-centric Heteronormativity Must Die: The Craft, All Of Magic, And Paganism Is Marching Into the 21st Century Whether You Like It Or Not

Cis-centric Heteronormativity Must Die: The Craft, All Of Magic, And Paganism Is Marching Into the 21st Century Whether You Like It Or Not July 31, 2018 River Enodian

It’s pretty clear at this point that we are at a crossroads of a social revolution, one that is taking us into a direction where the long-held and accepted notions of both gender and sexuality are being questioned and in many cases, outright thrown away. However, it’s nothing new–they’ve been questioned for some time now, but people have gone on willfully ignoring or blowing it off for literally decades, and so the battle continues. Conversations which began years before I was born that were never resolved and ended in blood and tears are still happening. Why? Because people are stubbornly clinging to their security blankets and shields in the form of tradition, religion, and/or philosophy in order to avoid self-examination. And we can’t afford to coddle these individuals anymore, because it’s quite evident that hatred, ignorance, and bigotry mean more to them than the dire need to allow the craft and other magical traditions to evolve, not to mention entire pagan and polytheistic communities.

We can’t pretend it’s all about adhering to the tradition, or the letter of the law. For instance, there is more than enough documentation to demonstrate there were conditions under which Gerald Gardner himself was fine with same sex initiation, and that Alex Sanders himself performed such rites. So we can’t argue that “strict opposite gender initiates always” is core to either lineage. We also know that during their time that the laws and culture surrounding non-heterosexual and non gender conforming people were pretty negative, to say the least. This is increasingly no longer the case. As a result, it would appear to be that the majority opinion within various initiatory Wiccan traditions is finally heading in the direction of acceptance of same sex initiation in addition to recognizing the validity of those who identify as a different gender than the one assigned to them at birth. Even more importantly, people are finally beginning to publicly admit that this is where they stand. This is both huge, and necessary.

And these traditions are not alone in these discussions–far from it. People can point fingers and claim that initiatory Wiccan traditions are the only ones having the gender and sexuality issues and debates, but the reality is that in many if not all pagan and polytheistic communities, there are problems. I’ve regularly had to block homophobes, transphobes, and all sorts bigots in general from the Facebook group I run on Hellenic paganism. Those people whom I blocked and banned included people from white supremacist groups. We cannot pretend, as these screaming bigots want, that the Greek gods were all heterosexual and that homosexuality and bisexuality did not exist among them. Given the countless tales of the gods and their same sex trysts, I don’t think I need to state what an incredibly inaccurate view this is. And I’ve already gotten into some of the genderqueer, non-binary, and genderfluid gods in that pantheon besides in another blog post. Once again, we have an example of narrow-minded, hateful people trying to apply historical revisionism presented as “tradition” and using it as a shield for their bigotry.

I’ve seen similar issues as described above in Thelemic groups, Asatru groups, Hermetic Order of the Golden Dawn groups, and a ton of other places. In all these communities I have seen people from the alt-right, neo-Nazis, TERFs, and all sorts of hate groups attempt smear their maggot-ridden feces everywhere while they try to twist facts, science, and history to support their bigotry. These groups are also very typically anti-women and filled with internalized misogyny, which surprises no one who is aware of the studies linking misogyny with white supremacy. And the reality is that these movements are painfully in support of nothing but the cis-centric heteronormativity that is anti-women (either cis or trans, they hate them all), anti-non whites, antisemitic, anti-LGBTQIA+, anti-anything of the non-binary gender because let’s face it, it’s harder to police what you consider to be women when gender is far, far more complicated than mere genitalia. All of these movements are connected to that concept, which is why in order for all of us to continue to exist let alone evolve, cis-centric heteronormativity must die–and why we need to be suspicious of anyone seeking to strictly preserve that overly rigid, limited narrative. We must stand up to these movements and not tolerate intolerance, so that we may preserve and protect tolerance.

Unfortunately no pagan, polytheistic, or occult community is without its loud, bigoted minority. If you think your community is exempt, think again. The problem is widespread, and we need to own it. We can no longer afford to pretend it does not and will not affect us, and those of us not directly impacted by the beliefs of the loud and hateful few need to learn how to be good allies and stand up on behalf of others in our community. And not enough people are doing that.

We also need to stop being afraid of challenging people who are perceived as leaders when they say or do inappropriate and outright hateful things in regards to large groups of people. Misha Magdalene in their blog sums up the issue with such savage finesse that I will quote from them here:

I’m honestly not sure why so many Known Names™ are becoming louder than usual in banging their bigot drum, even including those who normally describe themselves as “liberal” or “moderate”. It’s certainly not that they’re secretly hateful people who side with neo-Nazis, as most of them are pretty far from it. But those same self-described liberals and moderates are also painfully oblivious to how their attempt to “see things both ways” is harming people who have considerably less societal advantages than they, and so much of the discourse seems to be very defensive of their own position in society. My theory is that we are seeing the “rage, rage against the dying of the light” from those whose comfort zones have been challenged as they desperately cling to those very societal advantages. But the “dying of the light” is happening, and as a result, we are seeing a much-needed shift in power and dynamics. Challenging the status quo, particularly when it has benefited you, can be very uncomfortable. And these people are not just uncomfortable; they are chafing from the friction of the reality around them against their cushy privileges. They need to realize that they have nothing to lose having others gain vital and necessary civil rights. After all, it isn’t pie; you don’t suddenly have less rights once other people who have been traditionally under heavy societal disadvantages finally get rights too.

It pays to be be self-examining, and realizing your own prejudices due to institutionalized sexism, racism, homophobia, transphobia, and so forth requires a great deal of that examination. It also means becoming comfortable with being uncomfortable. Part of it is realizing that there’s a vast difference between hatred due to bigotry versus ingrained biases that are the basis of prejudice. Truth is, you don’t have to hate a group of people in order to have incorrect judgments and assessments about them. You just have to be raised from birth in a society that sees being different as dangerous, and questioning the status quo doubly so. And unfortunately it is entirely too human to stick groups of people into biased boxes. Once one realizes that having these biases is not a negative judgment on them as a person–and therefore being on the defensive is unnecessary–they will be able to move beyond the constrictions of those prejudices and relearn what they have learned.

For spiritual and/or esoteric movements to have issues challenging societal standards is sadly ironic given how much of what we do and what we believe being so terribly, vastly different from the mainstream. But for those who were raised in strictly religious homes (read: orthodox or even fundamental), taking those ideas with them into a new religious or tradition is all too common. They may be able to take the pagan or polytheist out of strict orthodoxy, but sadly it is often difficult to remove the strict orthodoxy from the pagan or polytheist.

Thankfully, these attitudes which stem from rigid orthodoxy are a part of a minority that is rapidly becoming outnumbered by those around them. And the more of a minority they become, the louder are the cries of discomfort, rage, and belligerence from said minority. Because truth be told, the rest of us are marching into the twenty-first century whether they like it or not. We do not require their consent nor should we desire it. Should they choose to change their minds, they’re more than welcome to join us. But as our march continues, their days are numbered for the old ways must die in order for us to continue to live, let alone thrive. And it’s the essence of the reality of those numbered days which makes them protest, because their world is ending and ours has just begun.

And as I keep mentioning, the future is not just female; it is intersectional. 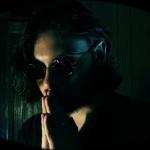 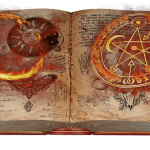 Are Humans the Children of the...
John Beckett
Related posts from Tea Addicted Witch