I’ve touched upon this in a number of blog posts, especially in discussing the notions of true will and spiritual journeys, but a number of recent events have necessitated in my spelling this out in black and white: you absolutely, positively cannot get away with being involved in spiritual and/or occult pursuits without putting forth some serious, ongoing effort towards self improvement and self knowledge. This is universal regardless of tradition, practice, or belief.

“Personal development” has unfortunately turned into a cute buzz phrase, but the reality is far from cute. Regardless of whether or not you are a part of the “it’s all in your head” philosophy or prefer the spirit model of magic and the Craft, you need to do work on yourself. It does not matter what you believe, what you’ve experienced, or what tradition or traditions you come from; no one is exempt from this. In spiritual communities regardless of whether or not you believe in a single deity, two, multiple, or none, it is still relevant.

Too often I’ve seen people get to a stage where people look up to them for information, teaching, and authority, and sometimes they reach that stage too early. Not enough introspection has been had, no humility has been sought, and the fame and attention goes to their head. It’s especially bad if they try to monetize this; now being a name is their bread and butter and they rightfully have to feed themselves and possibly others if they’re a part of a family unit. As a result, the defensiveness is fierce: they are now a brand and have to protect that brand, and instead of taking a step back and applying both critical thinking and proper judgment towards the situation they react. Unfortunately, this turns into a slippery slope. They become afraid to be questioned, called out, or even question themselves. At this stage, their ego and how they want to be publicly perceived becomes tangled in a very unhealthy way with their spiritual practices. People go from being defensive to arrogant, and eventually outright toxic.

And it should go without saying that claiming titles and spiritual achievements of note is meaningless in the face of such behavior.

It’s not just people who put themselves out there who have to be concerned; every day people who are regularly involved with a particular spiritual or mystical practice need to worry, too. None of us are infallible, and it seems to be uncommon for people to own up to when they are wrong about something and do something productive about it as opposed to being defensive and taking it personally. While this is a universal human problem that anyone can be guilty of, it’s especially bad if you’re embarking in practices that will uproot the very seat of your personality and your entire life to not be actively engaging in critical thinking towards yourself on a regular basis. This work is dangerous, and anyone who is not already aware of that may find themselves learning the hard way about it.

No one should be in competition with other people; we are too busy battling ourselves and that’s where the real work is to be found. “Shadow work” isn’t just a great term based on Jungian theory and employed by others to sound like they’re doing edgy stuff. It’s actually a means of facing your issues and actively working on them. Own your issues. Examine them. Work on them, and don’t stop doing so. Like the gym, checking in once a month to lift a few weights and go home won’t be enough to get the job done. It must be on an active, ongoing basis.

Your personal goal should be to be better than the person whom you were yesterday, to monitor and self check often, journal when you can, meditate when you’re able, and when you notice yourself reacting negatively in any way, shape or form to something or someone to engage in that critical thinking. Is this legitimately something you should be bothered by? Or are you merely embarrassed to be caught in the act of merely being human? It’s okay to cringe, and it’s fine to feel bad about it, but if your concern is more about how you look when you’re caught being wrong about something versus whether or not you behave appropriately when you are wrong that’s obviously a problem.

We all screw up, and my true assessment of someone is how they react when they are questioned, corrected, or otherwise find themselves in a position where they were in the wrong or otherwise incorrect about something. Even if you’re in a situation where your income is dependent upon how others perceive you, believe me when I say that people will respect you far more when you accept your faults and are seen both actively working on and owning them versus trying to publicly bury them and attack people who called them to your attention.

In return people must not be afraid to question so-called authorities, challenge them when what they say seems off, and call them on their problematic behavior. Otherwise they turn into missing stairs, and we honestly don’t need that–in ANY community. We have to be okay with establishing boundaries, as everyone stands the chance of losing when we do not. We also have to show others around us that it’s okay to screw up, and what is the appropriate course of action on when we do based upon the situation. Simply put, we need more and better role models on what it means to be a proper person.

Being wrong isn’t failure, and failure isn’t a bad thing besides. It’s just one more way to grow and learn as a human being. I personally do not find being wrong unacceptable; what would be unacceptable for me is to not gain useful information from it, behave in an inappropriate fashion, and avoid what is ultimately a test of my character. 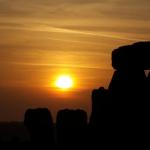 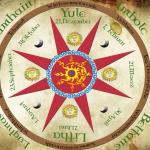 June 18, 2018 Bashing Wicca As A Polytheist Or Occultist Doesn't Make You Cool And You Know Nothing About It Besides
Recent Comments
0 | Leave a Comment
Browse Our Archives
Related posts from Tea Addicted Witch