The term “sacrifice” is used a lot within the pagan and other spiritual communities. While the term used been used since antiquity, much of its connotations have evolved to an extent over the centuries.

For starters, what does the term “sacrifice” mean? From the Merriam-Webster dictionary:

Sacrifice: “the act of offering something to God or a god,” from early French sacrifice (same meaning), from Latin sacrificium “sacrifice,” from sacr-, sacer “sacred” and -ficium, from facere “to do, make”

1 : an act of offering something precious to God or a god; especially : the killing of a victim on an altar
2 : something offered in sacrifice
3 : a giving up of something especially for the sake of someone else; also : something so given up
4 : loss of profit <sell goods at a sacrifice>

In ancient times, the term does not carry the same heavy nuance that it does today. The idea behind the notion of sacrifice in antiquity was to take something useful such as food or a symbolic object (and at times, the life of livestock and/or humans) and through the act of offering it up, it became sacred. Today the terms “offering” and “sacrifice” aren’t quite as interchangeable, much of that due to the Christian notions of sacrifice due to Christ offering himself up on the cross. As a result, our culture tends to hold the term up with a great deal more weight than it used to. Both perspectives have meaning and value in our practice as witches and in our spirituality, and examining both is necessary.

Both bloodless and blood sacrifices were performed in ancient times as a means honoring a god or a daimon, ie. divine spirit. The practice helped to build community through shared meaningful experience, provide structure for an exchange with divine powers within symbolic ritual context, and in most cases provide food for the community in a charged and significant fashion. It affirmed the bonds between gods and humans, and amongst fellow humans. Today we continue similar practices in our own rites, although some of us tend to use the terms “offerings” and “sacrifice” with less equal exchange depending on the tradition. Examples can include burning incense, food, libations, or physical objects that have meaning to the rite and/or god in general.

Today due to modern influences and the impact of Christianity and similar religions in our world, we have separated these things to a much greater extent than in the pre-Christian world. “Offerings” is now more frequently used when we provide a gift to the gods, and “sacrifice” is a greater offering where something big is given up and usually meaning that said item is something is difficult to part with. “Offering” now tends to more refer to “gift” while “sacrifice” means to “give up something precious”.

The ancient and modern definitions of sacrifice are each equally important and valid. Offering up gifts in an act of making them sacred is a valuable use of our time spent in circle and in meditations with our gods. And often it is good to know when one must sacrifice something in order to make room for things which we want and/or need. As a witch, we sacrifice our time and energy on a regular basis. We give up things which we want for things which we need, often to the betterment of ourselves and that of others. Sometimes what we give up is more tangible: a job, money, a home, a relationship, etc. Other times it can range from the “time and energy” to “giving up what is in your comfort zone”. What makes us comfortable can keep us locked in, while the act of letting go can set us free and force us to evolve.

Being able to discern the necessary from the unnecessary sacrifices is also important. We must recognize that what we have to offer is valuable and has meaning, and if you give it up frivolously it devalues what we have to give and puts us at a disadvantage. If we are constantly giving up our time to others and have none left at the end of the day for ourselves to take proper care of ourselves, of what genuine value is our time? Learning to distinguish between the two also is what helps us to establish good boundaries in our relationships between ourselves and others, us and the gods. Ultimately, we need to know what is genuinely good for us vs what would hurt us (and thus potentially others) in the long run. It is never an easy task, but it is nonetheless necessary as part of our responsibilities as a witch and to the Craft in general. 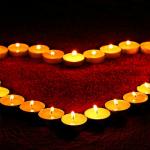 September 5, 2018
Pagan & Occult Community Is Necessary - Even If You Practice Alone
Next Post 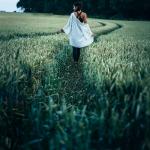 September 11, 2018 The Descent Of Persephone: Honoring The Autumnal Equinox
Recent Comments
2 Comments | Leave a Comment
"Hmmm... Magic workings for this time of year? Thanksgiving rites, thanking the Earth and the ..."
Kyllein MacKellerann Magic During Samhain: What Types Of ..."
"With respect, age has nothing to do with energy. There are 20 year olds who ..."
Shantel Collins On Segregation In Pagan & Occult ..."
"I've long said that the best thing about Paganism is that it's individual, smiths work ..."
Virginia Fair Richards-Taylor Why I Absolutely Loathe And Despise ..."
"As a female Wiccan of +50 years I was surprised that there was a comment ..."
Fae Sidhe On Segregation In Pagan & Occult ..."
Browse Our Archives
Related posts from Tea Addicted Witch