Technology Is Neither Anti-Pagan Nor Anti-Witchcraft

Technology Is Neither Anti-Pagan Nor Anti-Witchcraft September 25, 2018 River Enodian

It’s weird as someone who is both a software engineer and a witch to see people who believe that technology is either conflicting or negatively impacting our craft. And yet, as Vice reports, there are people who are upset at the existence of occult related apps. “We’ve been doing divination person-to-person for centuries; we’ve been doing this for so long in this way. There is no need to add technology” is a direct quote from said article.

Just because it’s the “way it’s always been done” doesn’t invalidate new approaches, and appealing to tradition as the basis of the argument is a terrible approach. The reality is that we live in the twenty-first century and there are numerous modern day concerns that the ancients never would’ve dreamed up. And the reality is that most of them would be embracing what we have, not rejecting it. For instance, in Hellenism alone we have gods explicitly associated with science and technology: Apollo, Hephaistos, and Hermes are excellent examples. Embracing the new doesn’t mean rejecting the old; it just means that we have new ways of doing old things.

There are a fair number of us who actually use technology in our practice: who do spell work in our code or on it, have our Books of Shadows on our iPads and other tablets, our occult libraries on our Kindles, and so forth. I’m definitely in that camp. I grew up on technology and have written countless posts on not only how it impacts our craft, but also how very similar spellcraft is to writing code in not just one but multiple articles, including one on how magic and communication within it is very similar to coding with programming languages. Those who think like I do would find taking on the notion of writing code vs spells to be fairly intuitive, and a great way to explain why spells sometimes don’t work as we wanted it too. Like with code, it’s not that the program doesn’t work–we told it just what to do! We just told it to do the wrong thing to what we had intended.

Granted, not everyone is as tuned into technology as I am–nor does everyone need to be. But what I do with my work invalidates the notion that technology is somehow at odds with magic and witchcraft, or conflicts with what we do. Not all of us lives out in the woods away from civilization; a fair number of witches live and work in urban areas and spaces, and deal with such environments every day. I have found that nature spirits are just as a part of urban spaces as they are in the woods; like us they have adapted and know how to hide. And in these spaces I live and continue my work. I remain a witch while at work, coding software, riding the subway, walking down the streets of Boston, or engaging with the rest of the world around.

Our world is not inherently less magical for having technology. 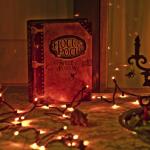 September 12, 2018
"Witch In A Box" And Capitalism: Sometimes It Sucks To Be Mainstream
Next Post 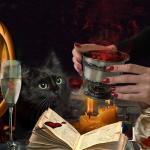 September 27, 2018 Handling Rage As A Witch While Handling #Metoo, #WhyIDidNotReport
Recent Comments
6 Comments | Leave a Comment
Browse Our Archives
get the latest from
Tea Addicted Witch
Sign up for our newsletter
POPULAR AT PATHEOS Pagan
1