How To Magic: The Programmer And Linguist Edition

One of my magical teachers and longtime friends once said to me that magic is about making a connection, and he’s absolutely right. People who get into the “Nothing is at rest, everything vibrates” principle will also argue that it’s about vibrating at the same frequency of whatever you’re trying to attract or reach out to. Heck, sounds a lot like some of the Law of Attraction folk so I’ll stick that perspective in there too.

So what does that mean? What is creating a connection or a link all about in magic? My perspective of it is this: it’s about speaking the right language as to be understood, and programming your ritual in such a way that you’re able to communicate with whatever force or intelligence exists on the other end.

Ceremonial magicians can go on for hours about correspondences; Crowley’s 777 is evidence of that alone and that’s one of a few texts purely on that subject. You pick what makes sense, and you leave out what doesn’t, and the end result is a coherent recipe upon which to lay your ritual foundations and even the timing of the ritual itself.

Which makes people’s objections in the pagan and polytheist communities about “plug and play” with deities of different cultural backgrounds into a ritual that had nothing to do with their culture make all that much more sense. I’m not going to use a Hellenic ritual to make an offering to Papa Legba, and it makes no sense to call on Apollo in an Irish Druidic rite–even more so if these were deities and daemons I’ve not had any or much contact with, and hence have no established personal connections to already. If I wanted to phone the French ambassador, I am not going to address him in Japanese or call him by names other than his preferred given name and titles.

The Chaldean Oracles warn not to “change the foreign words of evocation” for they contain within them a sacred power, and that those names are also sacred. While I’ve heard all sorts of reasoning ranging from respecting the original culture and maintaining purity to merely “words have power”, I’ll also argue the more practical “This is the best way to establish a connection or link to the entity or force you are calling upon”.

The ritual or magical act itself for me is part communication, part computer program, or perhaps more accurately “a program which allows me to communicate with whatever force or entity is involved in this operation”. On the whole, I think of magic as my ongoing connection and communication with an underlying part of reality which can talk back and respond to my ideas and desires.

It’s a respectful, meaningful dialogue. In comparison with what I am communicating I am clearly on the level of a two year old, still struggling with basic sentence structures and not really getting a whole lot yet while trying to figure out this weird thing called “reality”. I may never get there, and my attempts at doing so may boil down to me poking at it with a stick, but if I find that certain types of pokes get certain results, then that’s progress I can repeat. 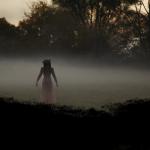 January 20, 2018
Respecting Your Magickal Neighbors Versus Banishing
Next Post 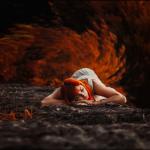 January 21, 2018 So How DO You Do Magic, Anyway? AKA "How Magic Works"
Recent Comments
1 Comment | Leave a Comment
"Hail Themis; so mote it be."
Samantha Sabovitch “Operation Themis”: How You Should NOT ..."
"https://greekrevivalistmomm...And I prefer the Athanassakis translations of the Orphic Hymns -- although the Taylor ones ..."
Anne Hatzakis “Operation Themis”: How You Should NOT ..."
"How do you dream of the gods? I've always wanted to, but they never come ..."
Sam Apollo Is Not A God Of ..."
"Yikes at the TERFy language. You can go away now."
Scarlet Magdalene Why I Absolutely Loathe And Despise ..."
Browse Our Archives
Follow Us!