Respecting Your Magickal Neighbors Versus Banishing

Part of being a magician and/or a witch is being in harmony with your environment and local spirits. You may not always chat with or say hello to your neighbor, but it’s not nice to blare music at 12:30am. And if you’re going to have a loud and widely attended party, it’s good to warn them in case they want to be elsewhere. Then there are the sorts whom you do not NOT want to invite because of the fallout which will inevitably occur. So what’s an occultist to do under similar conditions in their practice?

My roots as a pagan and my very first spiritual community was with ADF, a pan-Indo European Druidic organization. It was here that I learned the concept of giving offerings to the “outsiders.” These outsiders could include anything from trickster deities like Eris (who already has a tale about her and what happened when she wasn’t invited to a party) to the fae. And the fae I think pretty much everyone knows you REALLY don’t want to piss off.

By performing this ritual, it was making it clear that these weren’t spirits to be banished or cast out. Instead it’s more of a “Hey, we’re doing a private ritual and intend no disrespect, but here’s a token of respect so you can party over here instead”.

Nineveh Shadrach details similar practices with the Djinn in his books such as Magic That Works. His ritual advice is that you warn the neighboring Djinn that you’re about to do a ritual. That way if they don’t want to be there, they can get the hell out. Courtesy again in this case matters, as the Djinn and the fae have similar traditions in dealing with them and pissing either off isn’t something you want to do.

I sometimes wonder how much of “imp” or “trickster” activity in one’s home is instead a manifestation of this: a spirit feels forgotten, left out, wanting attention. Maybe they outright feel snubbed or slighted for whatever reason. What’s an attention-seeking daemon to do? Why, hide your things, of course!

Are you experiencing a lot of weird activity happening within your home or surroundings at any given point in time? It might be helpful to do a divination to determine the identity or type of spirit. Alternatively, just go for broke and leave an offering for the local spirits in whatever form or forms they may be in.

It’s good to save the outright banishing rituals for entities of known malicious or evil intent. When in doubt, assume they just happen to live near you. Instead of putting up shields, borders, and defenses, give them courtesy and respect. Be kind to your neighbors, you never know when they too might decide to have a party or otherwise remember you. Allies are just as good to have as are friends. 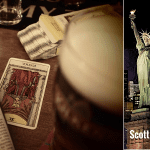 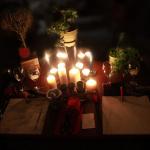 January 21, 2018 How To Magic: The Programmer And Linguist Edition
Recent Comments
0 | Leave a Comment
"Hail Themis; so mote it be."
Samantha Sabovitch “Operation Themis”: How You Should NOT ..."
"https://greekrevivalistmomm...And I prefer the Athanassakis translations of the Orphic Hymns -- although the Taylor ones ..."
Anne Hatzakis “Operation Themis”: How You Should NOT ..."
"How do you dream of the gods? I've always wanted to, but they never come ..."
Sam Apollo Is Not A God Of ..."
"Yikes at the TERFy language. You can go away now."
Scarlet Magdalene Why I Absolutely Loathe And Despise ..."
Browse Our Archives
Follow Us!