Initiation, Mystery Traditions, And Our Relationships With The Gods

I’ve blogged about initiation in the past in regards to what it means not just for pagans and polytheists, but also those who are occultists in general: magicians, witches, etc. particularly in regards to mystery schools and esoteric organizations. While the basics have been discussed, I haven’t yet had a chance to dive more deeply into the subject of initiation and how it impacts us, and it’s time to do just that.

While I was at the 2019 Glastonbury Occult Conference, I had the opportunity to attend a lecture on the ancient mysteries by Ronald Hutton. One of the things that he stated during that lecture that struck me both in its simplicity and truth was the following: “One of the functions of mysteries is to make a better relationship between humans and a god or goddess.” When it comes to the mysteries in the modern day for us as pagans and/or polytheists, which honestly is the main function for us as a whole–to engage with our gods on a practical, personal level through the spiritual elevation of ourselves within mystery traditions such as those found in initiatory traditions such as Alexandrian and Gardnerian Wicca and its other BTW (British Traditional Wicca) derivations as well as other modern traditions devoted to not just the gods but also to magic.

For our practices, our faith, and our mysteries being both involved in spirituality and witchcraft/magic are deeply intertwined. In initiatory Wiccan trads, you are initiated as a “witch and priest/ess”. The connection is implicitly and explicitly made between your magical practice and your relationship and responsibilities to the gods as a whole, and that role is one of service. While creating a magical priesthood via initiation is not a universal concept across all pagan mystery traditions, that connection between your relationship with the gods and your magic/witchcraft is made clear both in practice and on an esoteric level. Initiations transform you and your life, and begin that necessary relationship to a god or multiple gods. If a relationship is already present, it creates a new layer or level of that relationship which allows us to experience both them and our lives in a completely different way. Initiation and the connection it provides between us and them alters us fundamentally.

Much of religion is about that connection, but the purpose of mystery traditions is to take that to a whole new level: to transcend the human condition, provide us with assurance of an afterlife, and to create a transformative experience that can only be processed in a particular setting and intent. And not only that, but to give and teach the tools necessary in order to make the most out of that experience in your day to day lives, particularly in regards to your spiritual and magical practice. Of course, the old axiom of “with great power comes great responsibility” also falls into play here. Eventually, the initiate has learned enough to turn around and teach others, and essentially “pay it forward”–and herein lies part of that responsibility.

One of the most fundamental lessons I’ve learned as an initiate is the importance of paying it forward, not just within your tradition but within the community as a whole. How can I be more useful? What can I do with the tools that I’ve been given and what I’ve learned about how to use them that can better help not just my life, but those around me? Where does the process lead me as a whole, and where would the gods like me to be? This is a hard question to answer, and it’s not a universal one. What is the right answer for myself won’t be for another initiate. Everyone has their strengths and weaknesses to bring to the table, and where those strengths lie is frequently where that answer can be found. There are many ways in which someone can use what they’ve learned in their respective paths to benefit the world around them, and I do not believe that there’s any one single way to do that. To each one’s own capacity, and to each one’s own path. 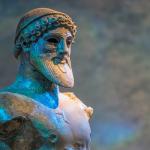 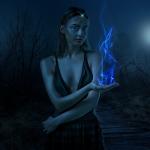 April 25, 2019 When To Magic, And When Not To Magic: Timing Is Everything
Recent Comments
0 | Leave a Comment
Browse Our Archives
Follow Us!