Do We Choose The Gods, Or Do The Gods Choose Us?

When I first started out in polytheism, all that I knew was that I was a polytheist. Many gods existing in the world seemed intuitive to me, and when I first ventured out into the realm of group worship I started out with an academic Druid group. I initially had started with the Irish pantheon, as it made sense given my background and ancestry. My attempts to connect with the Morrigan failed, but I had a fairly vivid dream about the Dagda and so I began honoring him instead in my regular practice.

Back then I had no sense of patron deities or what they really meant. At one point I thought that I had something like thirteen patron deities because I figured whatever deities you had any interaction with, connection with, or regular worship with were your patrons. I was a young teen and very new, so all of this is pretty forgivable in my opinion. My education on patron deities did not begin until I actually met mine. What I did not expect was that said deity would be from the Greek pantheon and both the experience and the god would completely transform my life. I feel that the unexpected nature of it was additional validation for my experience, as it came from left field and was nothing I had anticipated. At the same time, it felt right to do, and so I did it.

As I’ve blogged about in the past, what we tend to call patron deities today typically means a committed, serious reciprocal relationship that gets into priesthood and service. It’s just that what “priesthood” means can vary greatly, and isn’t just restricted to what mainstream religions typically consider to be priesthood. How this relationship comes about can happen in a variety of ways, and is not just restricted to mystical and personal experience. People who have relevant interests and/or lifestyles that fit a deity’s divine sphere of influence also makes a great deal of sense. For instance, people who are involved in acting and drama as either a hobby or a profession might be drawn naturally to Dionysos, or an endurance runner to Hermes. All of these are valid approaches to connecting with and finding a deity to honor who could be described as either a tutelary or a patron deity. I frequently refer to Hekate as my tutelary deity due to my relationship with her and my magic and witchcraft, for instance.

Of course, I’ve mentioned all of these Greek gods and my connection to them and my own Hellenic polytheist practice. Any Greek ancestry I might have would be pretty far back in my family tree if it exists at all. Does that matter, and would it ever matter?

Thankfully, Hellenism is one of those ancient religions which expanded past ancient Greece and had temples set up in foreign lands. There was no requirement or rite of passage for entry. Being allowed to be initiated into the Eleusinian Mysteries alone, which was one cult practice among many, only had two basic requirements: to be able afford the fee, and to be able to speak and understand Greek. Given that the rites were obviously conducted in Greek, this was a pretty fair set of rules to be admitted. Most ancient cultures didn’t have ideas of purity or entrance in order to worship and honor the gods. While there may have been subsets of practice that were restricted to a particular gender or sets of rules, anyone could honor the gods of a particular pantheon.

Today we have a lot of concerns surrounding indigenous cultures, cultural appropriation, and what it means to genuinely be invested in worship vs potentially being offensive to a particular culture or group of people. Most of these surround indigenous cultures which were conquered, enslaved, and/or otherwise marginalized. African Traditional Religions, or ATRs typically have rules around entry and who can honor what sorts of spirits. Indigenous cultures such as Native American religious traditions all have their own practices, most of which can’t be or shouldn’t be accessed without being educated by a native.

These are very specific examples of what would be potentially pagan cultures that would be the exceptions to the rule and why they would be such. But when it comes to Celtic, Nordic, Roman, Greek, and various other cultures, there are no such rules. Even Egyptian religion or Kemetism is fairly straightforward, although there may be individual groups and/or traditions that have their own restrictions on membership. There are even traditions which existed in ancient times which were syncretic and combined different gods from different pantheons and either invented a unique deity that way and/or a completely unique tradition. Isis’ Roman cult is a good example, Hermanubis is another. In short, in ancient times people were not as concerned about purity as some are today. There was no “purely Greek” religion, nor Roman, etc., and given their open nature it’s perfectly fine for anyone to reach out to them and honor them in regular practice.

Which brings us back to the question: do we choose the gods or do the gods choose us? I would argue that the answer to it is “yes”: it’s a reciprocal choice on both sides, and with a few exceptions (such as those mentioned previously) there is no restriction on who can honor what god. If you exist outside of the culture of a particular indigenous faith and you feel strongly called to honor a particular deity or spirit within it, then you should follow whatever education and admission requirements that exist to be admitted into said religion. If none exist…worship away.

Either way, it’s both good and useful to research the background of the deity, what is sacred to them, and how they were worshipped historically regardless of how strict you are in practice to ancient traditions. You don’t need to be a reconstructionist in order to honor the gods; you just need to be sincere and approach them with respect. Many ancient practices are easily adaptable into the modern day, and you can also talk with others who worship in a group setting as to what they do. There are some who choose to use a general pagan/neo-Wiccan format for their rites, and that’s perfectly fine too. In the end, the gods are the gods, and you shouldn’t need a PhD in Classical Studies in order to honor them. At the same time, I would not advise a non-ATR initiate to call Erzulie Freda into a neo-Wiccan circle either. 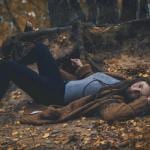 March 9, 2019
No, Magic Doesn't Solve Everything: Handling Ableism In Magic And The Craft
Next Post 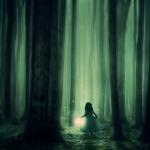 April 22, 2019 Initiation, Mystery Traditions, And Our Relationships With The Gods
Recent Comments
4 Comments | Leave a Comment
""eyes gleam"I'd take your post seriously if you didn't write out your reactions like a ..."
River Enodian Witchcraft Is Political, Which Is Why ..."
"eyes gleam. Christians dont belong in Witchcraft then. Its called the Witchtrials and disrespecting other ..."
Brianna LaPoint Witchcraft Is Political, Which Is Why ..."
"Prayer to the TrancestorsHail Phanes, Firstborn Androgyne: extend your golden wings over your trans children. ..."
B.A. Davis-Howe Honoring Trans Day of Remembrance As ..."
"This is my Prayer for Transgender Day of RemembrancePhanes-Protogonos, two-formed, show us the way.Hermes Khthonios, ..."
B.A. Davis-Howe Honoring Trans Day of Remembrance As ..."
Browse Our Archives
get the latest from
Tea Addicted Witch
Sign up for our newsletter
POPULAR AT PATHEOS Pagan
1