Why All Pagans And Witches Need To Delete Their Facebook

When I started writing this blog post, I was in the middle of serving a 24 hour FB (Facebook) jail sentence for copy/pasting the following status from one of my friend’s postings after one of the many mass shootings here in the United States:

There have been roughly 2,200 mass shootings since Sandy Hook, and if the deaths of twenty kids at the hands of a gunman cannot move us to action, I am unsure that anything will. So seize the day, hug your family, go have some fun, and do all you can to live the best life you can before some angry, pathetic white man comes along and takes your life.

I appealed three times, but it was determined by FB that what I posted was “hate speech”. And even posting a screenshot from its copy over at MeWe was what got me the 24 hour ban.

No, I’m not kidding:

What was the magic phrase or words that caused the censorship? Sadly, it was the reference to “white men”. And I’m not alone in this either, other people–mostly women and particularly black women–have faced bans and suspensions at the hands of Facebook while posts advocating genocide, supporting Nazi and white supremacist sentiments, and rape threats go without as much of a blink.

Recent reports have also indicated that they will censor based on “angry reacts”. If you post a piece of news and people react angrily to it, you might face a suspension too. Imagine posting something like “I got laid off” and people angrily reacting to it–and you face a 24 hour ban for upsetting your newsfeed.

So where does this leave us? Specifically those of us who rely on Facebook because our covens, orders, magical groups, and pagan or polytheist discussion forums that give us the ability to communicate with one another let alone any sense of community? For some of us, the online world is 80% of our means of communication with the outside world–not to mention our source of pagan, polytheist, and/or witch community.

Imagine running a magic class on FB but your account gets banned or suspended because your recent posting on climate change got a ton of angry reacts. What happens to your group? What happens to files that were posted in the group? Now imagine being a student in that class. You paid or are paying for it, but you no longer have access to the group because you can’t post anymore on FB–or have your account suspended entirely for no fault of your own. Maybe you got angry at your latest dating attempt and posted “Men are trash.” That’s unfortunately all it takes to get the ban hammer on Facebook.

We can’t do anything about FB policies–and too many of them have been terrible for too long. We have no leverage with FB, and our only option is to vote with our feet unfortunately. And I highly recommend doing so. Now is the time to pick a fledgling but promising alternative and start making backup groups over there and have people join those. Get your friends to do it, too. A lot of mine have already transitioned over or are in the process of doing so.

My picks for replacement? These:

MeWe. Has both an app and a website, interface is clean but free of the noise and ads on FB. You can buy add ons like themes, emoji packs, and other fun stuff. They have both groups and pages, and each group has its own separate chat room. You can friend me there: https://mewe.com/i/scarletmagdalene1

Googlegroups. Emailing lists may as well come back in vogue, and may at the very least act as a backup for an existing social media platform. Plus you can create Google calendars for the group.

If you know of any others like MeWe, let me know in the comments. Personally I think MeWe has the most potential and they’re making improvements all the time. 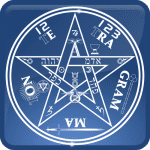 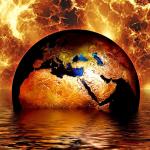 August 29, 2019 Pagans & Polytheists Aren't Failing The Earth, We Are Failing Ourselves
Recent Comments
20 Comments | Leave a Comment
"Hmmm... Magic workings for this time of year? Thanksgiving rites, thanking the Earth and the ..."
Kyllein MacKellerann Magic During Samhain: What Types Of ..."
"With respect, age has nothing to do with energy. There are 20 year olds who ..."
Shantel Collins On Segregation In Pagan & Occult ..."
"I've long said that the best thing about Paganism is that it's individual, smiths work ..."
Virginia Fair Richards-Taylor Why I Absolutely Loathe And Despise ..."
"As a female Wiccan of +50 years I was surprised that there was a comment ..."
Fae Sidhe On Segregation In Pagan & Occult ..."
Browse Our Archives
Related posts from Tea Addicted Witch