Who Really Gives A Crap About The LBRP, Anyway?

“Those who regard this ritual as a mere device to invoke or banish spirits
are unworthy to possess it. Properly understood, it is the Medicine of metals
and the Stone of the Wise.”

I’m sure a fair amount of people primarily interested in neo-paganism, polytheism, and/or traditional witchcraft will find themselves wanting to tune out from reading this post. But since this ritual (and those who created it) had a HUGE influence on modernpaganism and witchcraft in a variety of ways, I really think that this is a useful blog post for pretty much anyone. Or at the very least, interesting to those wanting to learn more about magical and occult history. This post is based on an outline of a lecture on the subject which I’ve given at a number of places including the local OTO.

The LBRP is an acronym which stands for the “Lesser Banishing Ritual of the Pentagram”. I would argue that the term “banishing” is a misnomer, owing mainly to the drawing of the Earth banishing pentagrams during the rite. This ritual is primarily a microcosmic one, meaning that it affects your personal space and your personal space alone. It’s frequently been overused from anything to house cleansings to exorcisms, all of these tasks this ritual cannot help with. But it can be very useful in a lot of other ways, including personal centering, grounding, and purification/cleansing. A fantastic blog post breaking down the actual performance of the rite can be found here. I’m mostly going to break down its history and symbolism.

The ritual itself was primarily invented and used by the Hermetic Order of the Golden Dawn, an initiatory ceremonial magic order founded by a few Freemasons in the late nineteenth century. Originally it was the only ritual given to the Outer Order of the Golden Dawn. Tool consecration and learning magic did not occur until one became an Adeptus Minor of the Inner Order of the Golden Dawn, also known as the RR et AC (Rosæ Rubeæ et Aureæ Crucis). To say that this was a crucial foundational ritual would be an understatement, and I can personally attest to how important this rite was while undergoing the outer order and its elemental grades and alchemy.

Within the LBRP contains a rich history of Pagan, Christian, and Jewish influences. The prayer/invocation to the archangels at the end comes straight from the Hebrew Shema prayer:

The archangels had their attributions and positions switched around by the Golden Dawn, mainly to reflect the Christian versions and interpretations of these archangels versus the Jewish. The elements themselves were placed in the directions they were due to the influence of the Greek Four Winds:

And the idea of the elements themselves as we know them? Also from the ancient Greeks. Different philosophers came up with each of them but Empedocles was the one who put them all together and referred to them as “roots”.

In each of these directions an Earth banishing pentagram is drawn. The reason for this is fairly straightforward, but not immediately obvious. Malkuth on the Qabalistic Tree of Life is the material, earthly realm and within it all of the elements are contained. Using this pentagram allows one to balance each of the elemental influences in ourselves–which is absolutely critical as a Golden Dawn initiate undergoing elemental alchemy. If you are focusing on any of the others, there is bound to be a natural imbalance. This rite straightens you out.

Pentagrams and their usage are pretty old, dating back to Pythagoras and also used in early Judaism and Mesopotamia.  Pentagrams were also used in Agrippa and Eliphas Levi‘s work, and those two authors were the most likely source for the Golden Dawn using them in their works. Levi was the first to give the pentagrams elemental attributions. The pentagram also has a rich amount of symbolism associated with it, including representing the extremities of the human body. Once again, the self/microcosm is the target of the rite.

The Qabalistic Cross is Lord’s Prayer translated into Hebrew: “For thine is the kingdom, the power and the glory forever and ever amen.” The reason why “V’Gevurah” is intoned while touching the right shoulder and “V’Gedulah” on the left is because Geburah (Gevurah in Hebrew) and Chesed (Gedulah) are two different sephiroth on the Qabalistic Tree of Life, and in putting those there, you are placing the tree on your body versus facing it. Again, this is a microcosmic/personal ritual and pertains directly to you and your immediate personal aura. When you clasp your hands at the end, you are establishing yourself at the center of space and also directly addressing where Tiphareth would be if the Tree of Life were placed on your body. This sephira pertains to the sun, rebirth, the Holy Guardian Angel, the Holy Spirit, Christ, Dionysos, Mithras, etc. This is further emphasized by the mention of the “six-rayed star”, six being the number associated with the Qabalistic sephira of Tiphareth.

This is but the briefest primer on the LBRP. It contains within it a lot of layers and as anyone who has performed it on a regular basis can attest, it’s a wonderful place to learn about how to manipulate, sense, and project energy, engage in active meditation, balance out your personal sphere and any elemental influence, and get started on the road towards learning magic and practicing ritual on a daily basis. And that’s just barely scratching the surface of what this rite can do and is about. 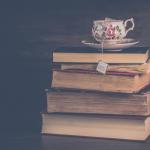 July 8, 2019
Tea, Witchcraft, And Paganism/Polytheism: The Craft Of The Brew
Next Post 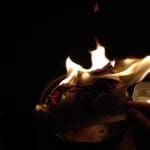 August 27, 2019 Why All Pagans And Witches Need To Delete Their Facebook
Recent Comments
7 Comments | Leave a Comment
"Hmmm... Magic workings for this time of year? Thanksgiving rites, thanking the Earth and the ..."
Kyllein MacKellerann Magic During Samhain: What Types Of ..."
"With respect, age has nothing to do with energy. There are 20 year olds who ..."
Shantel Collins On Segregation In Pagan & Occult ..."
"I've long said that the best thing about Paganism is that it's individual, smiths work ..."
Virginia Fair Richards-Taylor Why I Absolutely Loathe And Despise ..."
"As a female Wiccan of +50 years I was surprised that there was a comment ..."
Fae Sidhe On Segregation In Pagan & Occult ..."
Browse Our Archives
Related posts from Tea Addicted Witch