“Operation Themis”: How You Should NOT Invoke A Goddess Of Justice

When the news of “Operation Themis” first came out, I can’t tell you how many people tagged me on Twitter, FB, and numerous other social media and messaging platforms. Apparently when Trump got the bright idea to name an operation aimed at targeting and actively going against protesters after a Greek goddess of justice and divine law, people instantly thought of me.

I can’t imagine why.

Who is Themis and why is/was she important?

Like a software engineer who first goes to StackOverflow before even Google, let’s first turn to theoi.com and quote from their introduction on her:

THEMIS was the Titan goddess of divine law and order–the traditional rules of conduct first established by the gods. She was also a prophetic goddess who presided over the most ancient oracles, including Delphoi (Delphi). In this role, she was the divine voice (themistes) who first instructed mankind in the primal laws of justice and morality, such as the precepts of piety, the rules of hospitality, good governance, conduct of assembly, and pious offerings to the gods. In Greek, the word themis referred to divine law, those rules of conduct long established by custom. Unlike the word nomos, the term was not usually used to describe laws of human decree.

My, this definitely sounds like a goddess you definitely want to piss off by attacking individuals who are rightfully protesting the murder of Black people in cold blood by the police.

Especially when you take into consideration the fact that Trump has done his best to align himself with Evangelicals and Dominionists, These aren’t exactly philosophies that any sort of kinship or rapport with Hellenism, polytheism,paganism, or any of its adherents. Or its gods.

Themis has excellent ties with my main god, Apollo. I feel pretty positive about including her in my petitions at this point, particularly in regards to social justice. And basic human rights.

The Fumigation from Frankincense.
Illustrious Themis, of celestial birth, thee I invoke, young blossom of the earth;
Beauteous-eyed virgin; first from thee alone, prophetic oracles to men were known,
Giv’n from the deep recesses of the fane in sacred Pytho, where renown’d you reign;
From thee, Apollo’s oracles arose, and from thy pow’r his inspiration flows.
Honour’d by all, of form divinely bright, majestic virgin, wand’ring in the night:
Mankind from thee first learnt initial rites, and Bacchus’ nightly choirs thy soul delights;
For holy honours to disclose is thine, with all the culture of the pow’rs divine.
Be present, Goddess, to my pray’r inclin’d, and bless the mystic rites with fav’ring mind.

Worth noting that she is also mentioned in the Homeric Hymn to Zeus:

[1] I will sing of Zeus, chiefest among the gods and greatest, all-seeing, the lord of all, the fulfiller who whispers words of wisdom to Themis as she sits leaning towards him.

I think mentioning her in my prayers would be quite helpful at this point and it certainly couldn’t hurt:

O Themis, goddess of divine justice, she to whom Almighty Zeus whispers words of wisdom,
witness to Phoebus Apollo’s birth, and who bears the scales of justice,
protect Black people and those who would act on their behalf against those who would oppress and harm them,
guide this country and its people to True Justice against those who would harm both it and us,
and give us reason to believe we can finally have a true government for and by the people.
Those who assemble in protest, protect and guide them as the goddess who presides over assemblies.
Ever you be remembered, bearer of both the Horae and the Moirae,
and ever you be honored, most illustrious lady on high. 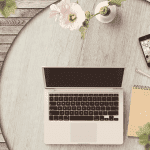 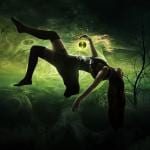 June 13, 2020 Pagans, Polytheists, Witches: Get Comfortable Being Uncomfortable
Recent Comments
0 | Leave a Comment
"Hmmm... Magic workings for this time of year? Thanksgiving rites, thanking the Earth and the ..."
Kyllein MacKellerann Magic During Samhain: What Types Of ..."
"With respect, age has nothing to do with energy. There are 20 year olds who ..."
Shantel Collins On Segregation In Pagan & Occult ..."
"I've long said that the best thing about Paganism is that it's individual, smiths work ..."
Virginia Fair Richards-Taylor Why I Absolutely Loathe And Despise ..."
"As a female Wiccan of +50 years I was surprised that there was a comment ..."
Fae Sidhe On Segregation In Pagan & Occult ..."
Browse Our Archives
Related posts from Tea Addicted Witch