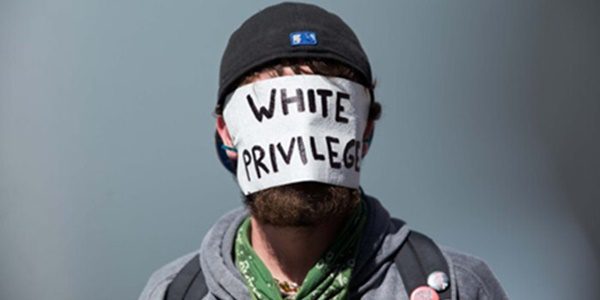 On Violence and Forgiveness: Mimetic Theory 101

Forgiveness is the best hope we have for stopping violence in its tracks. Forgiveness makes repentance possible because it is through being forgiven that we are able to see our own wrong without the blinders of fear that keep us in our violent ways lest we make ourselves more vulnerable to counterattack. In the shelter of forgiveness, we can lay down our arms and take up the hard work of repairing the damage we have caused in order to reconcile ourselves to those we have hurt and make at-one-ment/atonement.

I believe and teach all of this as an aspiring peacemaker, guided by my Christian faith, my commitment to social justice, and René Girard’s mimetic theory. Mimetic theory’s great insight about conflict and forgiveness is that humans are imitative creatures who learn what to desire from one-another, and conflicts can arise from shared desire. Once violent conflicts arise, both parties to the conflict become mimetic doubles – or mirror images of each other as they lose their individuality in the fog of violence. At that point, there are two ways out. One is for both parties to unite against an outside party, a scapegoat, onto whom they can cast their anger. The other is for one party to lay down arms and begin a cycle of forgiveness. Scapegoating displaces the violence; forgiveness dissolves it.

That said, there are at least two major potential pitfalls to avoid within this understanding of the nature of violence and forgiveness. I want to speak of these pitfalls in the context of systemic racism. The first pitfall is the assumption that, because of the reciprocal nature of violence, today’s victims of systemic racism can become tomorrow’s enforcers of it. The second pitfall is the assumption that, because forgiveness breaks the cycle of violence, the onus is on racial minorities to begin the dismantling of racism, since they are the people in a position to forgive. Both pitfalls are dangerous, faulty conclusions that may arise from misapplying mimetic theory to peacemaking and racial reconciliation.

Pitfall 1: Believing in the Danger of “Reverse Racism”

White people in the United States (my home country and thus the one I am most prepared to critique) are in no danger of reverse racism. None. The roots of systemic racism penetrate so deeply into the foundation of this country and the branches reach so far and wide that racism cannot be uprooted and then replanted to ensnare a separate group of victims. Any confusion on this issue is a misunderstanding of what systemic racism is.

Although violence is self-perpetuating and offended parties often become offenders, deep, sustained and systemic violence by a dominant group over and against another group is harder to reciprocate than individual or small-group violence. In the case of systemic racism in the United States, there is no way for racial minorities to wield the powers of violence and oppression against white people that have been wielded against them. The pervasiveness of racism and the power structures keeping it in place are such that the victims and perpetrators cannot simply be swapped out. It is possible for individual African Americans, for example, to hold a degree of power over individual white people, but they cannot inflict the burdens of generations of slavery, physical violence, economic oppression, housing and employment restriction, squashing of progress, stereotypes about intelligence and beauty, and all-around dehumanization that white supremacy has inflicted.

Those who study Girard are acutely aware of how easily victims can become victimizers. But the system of white supremacy cannot easily be reversed, nor are those on the underside of it trying to reverse it, but rather dismantle it. There are better ways to apply Girardian thought to race relations than worrying about reverse racism.

In fact, the Girardian understanding of scapegoating helps shed light on the origins of racism in this country. Indentured servitude, for black and white people, preceded slavery. In the earliest days of colonialism, most Europeans who sailed to the not-yet-United-States were indentured servants. Poor and indentured blacks and whites found common cause to unite against wealthy white rulers, most famously in Bacon’s Rebellion. After the uprising of hundreds of blacks and whites together, the ruling class sought to protect its rule by broadening the divide between blacks and poor or indentured whites. Dividing those who would unite against them, the white ruling class forged a faux solidarity with poor whites by institutionalizing black slavery as a scapegoat, creating myths and lies to “justify” even greater levels of cruelty against slaves in order to make poor whites feel superior. They used divisions of race to break bonds of class.

And the lies of institutional racism have become the structural myths on which our culture is built. They have penetrated every aspect of personal, social, cultural and economic life and created physical and psychological barriers that imprison minds and hearts. Lies told white Americans that bearers of dark skin were inhuman, dangerous, violent, hypersexual, inherently lazy, condemned. When black skin was demonized, cruelty became righteous. The institutions of racism have changed form but not content. From slavery through Jim Crow through legal segregation and now with de facto segregation manifesting itself in a disproportionately dark prison-industrial complex, environmental racism and concentrated poverty, institutional racism is a fact that has shaped black lives shrouded in a myth of whitewash and denial.

Myths that shape lives also poison minds. Racism is a mimetic contagion from which no white person is immune, because white privilege and all the myths that “normalize” it cloud our understanding of racial oppression. We must continually struggle to open our eyes.

So how do we dismantle racism?

We are often blind to our violence in the midst of committing it, recognizing our faults only through the light of forgiveness. When it is clear that our “enemy” means us no harm, we begin to look inward, wonder why we called them “enemy” in the first place, and hopefully recognize our errors. In Jesus’s nonviolent death, hearts are broken open as the innocence of the victim is recognized.  In his revenge-less resurrection, we are given the opportunity to turn from our worst selves to our best.

But the logic that forgiveness precedes repentance may be seen as an extra burden placed upon those already grievously injured. The truth is, forgiveness before repentance is a burden, but it is one that Christ has already borne.  It is not something that can be demanded by an offender, because that compounds the offense. The offended may choose to offer it freely, but an offender need not “wait” for it. If we can recognize that we are in the wrong, then we see through the lens of forgiveness that Christ has made available to all humanity, regardless of faith.

To my fellow white people, then, I want to say that, as we open our eyes to the systemic injustice all around us, we need not be paralyzed by fear of vengeance or despair upon seeing the worst within ourselves. We are forgiven already, by Jesus who suffers with all victims, and, largely, by the racial minorities who have suffered at our expense. We must recognize the forgiveness we have already received and start acting upon it. Even as systemic violence continues, those oppressed on racial grounds overwhelmingly do for us what far too many white people failed and continue to fail to do for them: treat us as if we are human. That should be enough to awaken us and call us to action.

If we fall into the dangerous and interconnected pitfalls of fearing reverse racism and demanding forgiveness, we deepen and perpetuate systemic racism. The fear that reverse racism can happen belies the systemic nature of racism and denies the reality of white privilege (and when white privilege is denied, it cannot be dismantled or transformed).

For example, it is through the misunderstanding of systemic racism that some people can look at things like this list of “10 Ways You Can Actively Reject Your White Privilege” and consider it racist. Asking white people to take up minimal space in anti-racism activities is not a racist request; it is a necessary step for allowing perspectives too long been silenced to be heard. Likewise, recognizing that white people will always have a degree of racism is an acknowledgment of how deeply generations of racism have infected our minds in ways we might not consciously acknowledge; a diagnosis, not an insult.

But fear of reverse racism can be even more harmful in that it perpetuates the lie sewn into our social fabric and drilled into our conscience: dark is dangerous. That is a fabrication and a projection. Throughout the history of this country, white people have been overwhelmingly dangerous to racial minorities. Racial minorities live with the injustice of being feared, an injustice that endangers them every day. That injustice is compounded by the fact that they forgive white ignorance, denial and micro-aggression every day, yet systemic racism remains intact.

Mimetic theory can shed light on systemic racism as the foundational violence of our country and help us understand how racial fears and prejudices are perpetuated through the mimetic networks of human relations. And positive mimesis, in turn, can disseminate antidotes to racial prejudice: respect, understanding, compassion. Let us avoid the pitfalls of misapplied mimetic theory and instead dismantle the American myth of racism. We have a lot of work to do.

June 15, 2017
Man Who Attacked GOP Was a Product of American Logic of Violence
Next Post

June 20, 2017 Hands Off My Story! Truth, Lies, and Cultural Appropriation
Recent Comments
0 | Leave a Comment
"Church is boring."
Ivan T. Errible The Poor Own The Kingdom — ..."
"" … and the Word became Flesh." That "Word made Flesh" is Jesus Christ.Furthermore, if ..."
Ocelot Aardvark Why You Should Run from “Bible ..."
"nice article."
Brandon Roberts The Gospel is Countercultural: Politics, Palestine, ..."
"What cave do you live in?"
Monday's Child The Left Hand of God – ..."
Browse Our Archives
Follow Us!