The Truth that Every Eye Shall See

The Truth that Every Eye Shall See December 1, 2018 Tom Truby 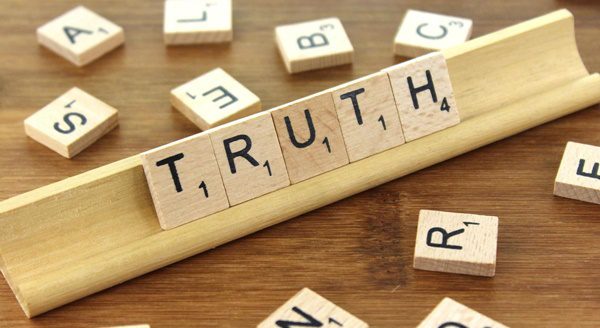 Pastors have a frequent question when they begin to discover mimetic theory. “That sounds great. But how does it preach?”

Year B, Christ the King Sunday

The Truth that Every Eye Shall See

Very early in the morning the Temple police take the bound Jesus to Pilate’s headquarters.  Pilate comes out and I picture him a little grumpy having been awakened by the hubbub.  “What accusation do you bring against this man?” Pilate asks.  They reply, “Trust us, he’s guilty, if he weren’t we wouldn’t bring him.”  They haven’t answered Pilate’s question.  They are evading something.  Something is going on.

The whole group from the Temple stays on the porch and won’t come in so Pilate came out.  They won’t go in because it’s foreign in there; tainted and godless and they don’t want their purity sullied preventing them from eating Passover later in the day.  They are quite sure God sees things as they do.  They feel quite superior to Pilate.

Pilate doesn’t want to get involved.  He can tell something “fishy” is going on from their non-answer to his question.  “Take him yourself and judge him according to your law,” he tells them.  Now the truth comes out.  They reply “We are not permitted to put anyone to death.” Ah, they want to kill this man and they want the state to do it.  The declaration that they are not permitted to put anyone to death is not quite true.  They can, by their own law, stone Jesus for blasphemy but they don’t want to do that.  They want him crucified!  I wonder why.

The writer of John explains it by saying “This was to fulfill what Jesus had said when he indicated the kind of death he was to die.”  I think Jesus knew the intensity and depth of their rage was so great, even stoning wouldn’t express it. Stoning, the ancient way of casting-out the victim, wasn’t strong enough to carry all the hate and frustration they felt toward this man.  They wanted Jesus to carry all their rage toward each other plus what they felt toward Rome.  Crucifixion was the only thing that got it right.  Rome crucified them and to get back they would kill someone they despised the Roman way.

Besides, they want Jesus to be crucified so that everyone will see Jesus is not one of them.  Even though he is Jewish, they cast him out.  Even the way they want him to die casts him out.  Can you feel the intensity of their rejection?  Can you see how this innocent One carries the weight of the world on his shoulders?  They are dumping everything on him and pushing him as far away from themselves as they possibly can.

Can you feel all the anger and hatred in the world today?  Where will it go?  How will we get rid of it?  Can we pump our anger toward each other into Central American refugees or African immigrants?

We are ready now to pick up where the lectionary text begins.  “Pilate went back into the palace.  He summoned Jesus and asked, ‘Are you the king of the Jews?’”  Pilate must determine if Jesus is a threat to Rome.  If Jesus says “yes” than he is a rival to Caesar and that is a capital offense.

Jesus wants to know why Pilate asks.  His counter question puts him at the same level as Pilate and indirectly answers Pilate’s question.

It is an honest question. If Pilate is asking for himself Jesus will answer in a way responsive to that.  He will say, yes, he is the king of the Jews and also everyone else’s king and all of this is part of a cosmic rescue operation happening during Pilate’s generation but having implications for all history.  He is showing humanity a new way of forming unity where each serves all and none are excluded.  His is a form of kingship utterly different than Rome’s, not based on violence and coercion, but built around love and forgiveness toward all humans, including Pilate.  The kingdom Jesus brings has a relaxed feel to it and is not driven by fear.

If Pilate is asking this question because others have told him about Jesus, then Pilate himself is coming from a place of fear and political self-preservation rather than a search for life’s cohesive center.  Pilate responds with an edginess that tells all Jesus needs to know.

I am not a Jew, am I?  Your own nation and the chief priests have handed you over to me.  What have you done?

Pilate makes it clear he lives and acts in a world built on being over-against, hostile and accusing.  “I am not a Jew,” he says, with a tone of contempt.  What have you done, Jesus?

Now Jesus knows how to answer.  He sees Pilate’s fear and responds in a gentle voice, “My kingdom doesn’t originate from this world (your world and the world of the mob that brought me here).  If it did, my guards would fight so that I wouldn’t have been arrested by the Jewish leaders.  My kingdom isn’t from here.”

The text gives us a clue.  It comes from a place not infected by the virus of “us against them,” all against one, winner takes all.  Jesus is declaring to Pilate that nonviolence is the defining characteristic of his kingdom and it comes from a place beyond human rivalry and revenge.

Yes, Jesus is a king but not in the way Pilate thinks.  We associate kings with violence.  Kings have armies, throw people in prison and orchestrate the scapegoating mechanism.  They make sure the finger of accusation points toward those who are vulnerable and expendable so that negative energy can be siphoned into them and not turned back on the king or the majority population.

Jesus is a king of a very different stripe.  He allowed himself to be our victim rather than push victimage onto others.  He shows us what we do and that, incredibly, God forgives us.  He is a king who rules from a position of deliberate powerlessness and vulnerability.  He knows his love is strong enough to endure suffering.  In fact, forgiveness and the capacity to suffer are the two tools he teaches to those who wish to participate in his kingdom.  He models how to do this and asks us to live it out in our own way, in our own lives, in our world.

Two forces contend for control of history: rivalry leading to violence or love leading to forgiveness.  Each pair finds representation in this scene from the Gospel of John.  Pilate appears to have the upper hand and Jesus submits to his authority, but we know it does not end with Pilate.  The Logos of Truth will have the last word and this is the Word we celebrate on Christ the King Sunday.

As the writer of Revelation puts it, “To him who loves us and freed us from our sins (from our violence in all its forms—violence, a more relevant term, not burdened by layers of moralistic guilt that distract us from the real issue) by his blood, and made us to be a kingdom, priests serving his God and Father, to him be glory and dominion forever and ever.”  We are priests of a new reality—interpreters of a truth hidden from the world of violence.

John’s ecstatic vision in Revelation nurtures us in these difficult times.

Look!  He is coming with the clouds; every eye will see him, even those who pierced him; and on his account all the tribes of the earth will wail.  So it is to be.  Amen.

The wailing from all the tribes on earth does not come from divine retribution.  No, those are tears of sorrow and cries of sadness at seeing how the violence and terror we caused each other was all so unnecessary; so terribly unnecessary.  That’s the truth he brings that every eye will see.  Amen.”