The Only Choice Is To Fight Nazis (Part 2) 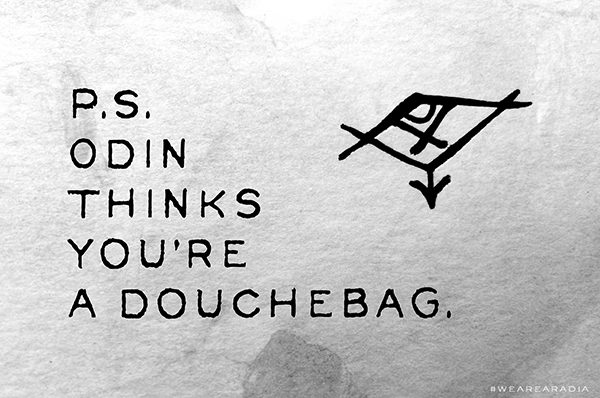 Learning To Hit Where It Hurts
I’m in 8th grade, sitting at my desk working on an assignment.  One of the boys who has been bullying me for several years walks by.  He stops, leans over and whispers something obscene in my ear, calling me one of the many names they liked to use.  Butch, Lesbo, Jewgirl – names that seem so silly now, but hurt then.

In that moment I had had enough.  Something inside of me either broke – or more specifically – finally came together. Instinctively I recognize that his stomach is vulnerable as he is leaning over me, and so I elbow him as hard as I can as I sneer at him, “You are pitiful!”  He gasps, backs away.  It’s hard to tell if he hurts more from my elbow jab or my words.  Doesn’t matter, because he and the other boys keep their distance and avoid me.

That day was a revelation on many levels. It would still be another year or so before I really understood it.  Their words hurt me because I didn’t understand why I was the target of their bullying. I didn’t do anything to them, I liked boys and tried to ask them out or at least dance with them. I couldn’t help being smart, artistic, my background, being skinny, or being hairy. I just wanted to get along with folks.   I didn’t understand what I had to be ashamed about. I was just being me.

My words hurt him because I managed to strike right to the heart of their bullying.  They all were trying to feel powerful, masculine, to impress each other by demeaning someone who couldn’t help who/how they were.

That is something to consider right now.

Call It What It Is
We have been slowly becoming a more global, more mixed, more fluid culture.  One that is more respectful and understanding – and doesn’t have room for hate, racism, and inequality.  There is more than enough room for everyone to have a seat at the table, to be respected, to be treated as fellow human beings.

Yet there are people walking around with a race-poverty mentality, feeling like somehow they’re going to lose out if everyone wins.  And so they hate without reason, without thinking, without opening their eyes while throwing punches. They hurl insults placing the names and blames on everyone else. They become mindless monsters, consumed by hate.

It doesn’t matter what labels you try dress hate up with – if walks, looks, dresses, and/or talks like a Nazi, it’s a Nazi.  There is NO excusing or justifying that kind of behavior or thinking in this day and age.  Frankly, it’s fucking ridiculous that we even have to say that. 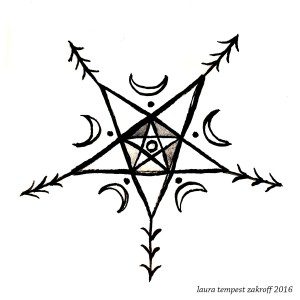 Fight Smarter, Think Deeper, Act Magickally
So what do we do as Witches about it? It all depends on what you do best, but here are some suggestions:

Speak and spread the truth. Words are powerful. Use your voice and your power to stand up for those around you.  Correct misinformation, don’t spread it.  That means sometimes doing a bit of extra research before you share an article, meme, etc. It means not being quiet when others speak hate.  Education is a key player in breaking down hate.  As is compassionate communication where applicable – how we act and talk can influence those around us tremendously. Lead by example.

Listen.  Speaking is part of a two-fold process.  If we’re going to speak, we should also be prepared to listen. Listening is essential for learning in witchcraft.  When you hear something and have a reaction – take a moment to consider WHY you are having that response, versus immediately speaking in reply.  If someone is sharing their experience with you, take the time to listen rather than preparing a rebuttal.  Especially if it starts with: “No, but” or  “Well actually” or “Not all.” Those are self-generated warning signs that you may need to listen deeper.

Protect.  Physically and metaphysically.  Ward your homes, places of business, bodies – and extend protection for others who are in danger.  Be aware, be vigilant, be a neighbor.  Take self-defense classes. Sometimes protection comes in the form of words or actions, in others it comes in the form of silence – learn to know the difference.

Start At The Roots.  Some people get caught up with the top of the smoking volcano, meanwhile it’s all happening underneath.  This isn’t just one idiot, but a long trail of troubles that starts in our homes, our hometowns, cities, and states.  Change happens first in the microcosm.  Target your workings at the local level.  Physically that means getting involved in local politics, voting, be present at meetings – and metaphysically that means focusing on change at that level too.  You can rip out hate from the roots.

Do What You Do Best.  Are you good at marching? Then march and add another layer to each step that you take.  Good with your voice? Then talk to people and open their ears.  Healing? Lawyering? etc, you get the picture.  For me, that’s art and writing.  So that’s why I created the Power Sigil, and the P.S. Odin Thinks sigil, and will be facilitating more workshops and rituals with #WeAreAradia.  Have a lot of extra funds or good at raising money?  Then donate to Black Lives Matter and the Southern Poverty Law Center – or any other organization that is standing up for human rights and fighting Nazi assholes.

Spend Your Energy Well. I see much time and energy lost on bickering between people who are essentially allies.  We have far more in common than we don’t. Direct that energy instead towards change outside of the circle.  It’s time to unite and work together, despite differences to beat hate.  Argue about the little shit later, if you think it’s important. (Newsflash: It’s not.)  Don’t waste time on telling other people on how you think they’re doing it wrong – do it right and set a forward momentum.

About the P.S. Odin Thinks design:  As some folks know, I tend to like to describe my relationship with the Runes like this:  It’s like we’re in the same room but on far different sides yelling to each other “Hey, you’re cool.  You’re cool too.  OK, going to stay over here though.”   But for this particular image, we agreed to get together to talk.

So here it is: Single focused eye of Odin for overall shape, made up of Tiwaz (the arrow facing down from the eye, dispelling justice/focus on society), Othala in the center of the eye – power/inheritance/connection to the land and the divine, the space of the eye can be seen as Inguz – process, seed, growth – the extensions can be seen as Nauthiz for friction/necessary/need or Kenaz for torch/light/knowledge, or Jera – for making the right actions. All of these interwoven into a sigil.

BTW – If you have a problem with the word douchebag: 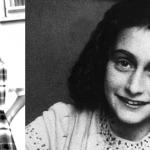 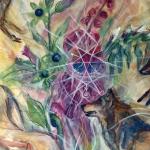 August 22, 2017 Immediate Witchcraft: Flying With My Feet On the Ground
Recent Comments
0 | Leave a Comment
Browse Our Archives
Related posts from A Modern Traditional Witch